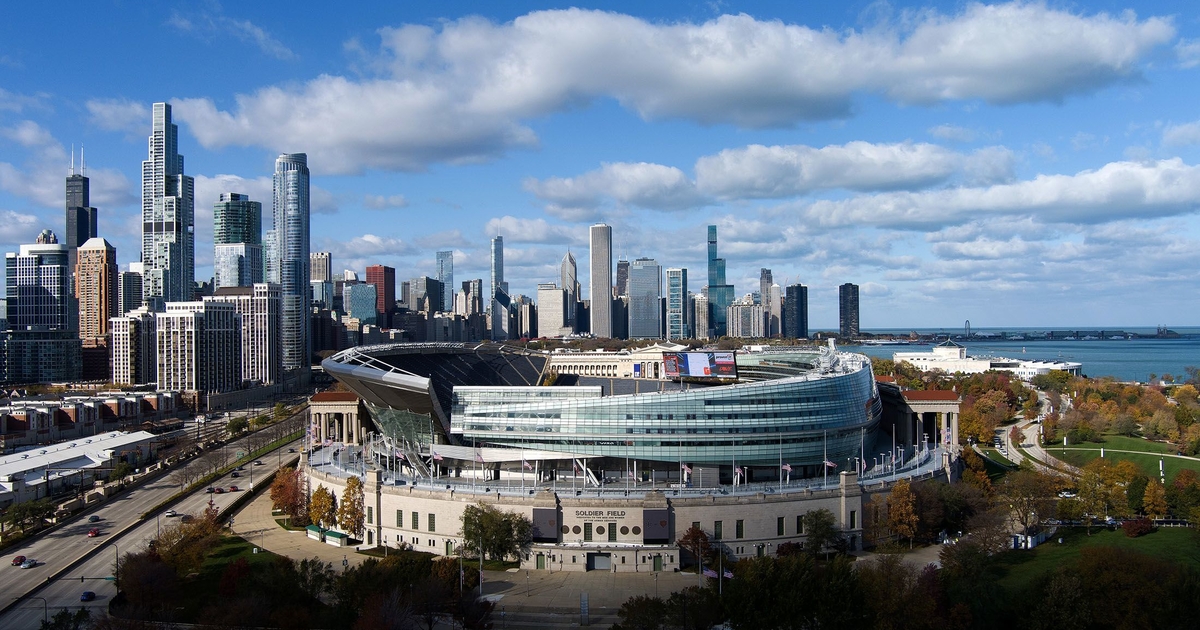 No cost figures for the dome are listed in the draft, but sources close to the matter say estimates of $400 million to $1.5 billion have been mentioned.

Besides the dome, the panel is proposing a number of other upgrades and changes, including substantially rebuilding parts of the historic stadium and selling or granting potentially lucrative naming rights. But the package may be too late to convince the Chicago Bears to stay put.

A spokesman for the team says the Bears haven’t been in discussions with City Hall about a dome or any other improvement. Instead, they say, the team is exclusively focused on vetting its pending deal to buy the former Arlington International Racecourse property as the site of a possible new home for the NFL franchise.

The dome proposal is part of a much broader look at what the city can do to capitalize on the Museum Campus as a tourist draw and economic engine. The working group, headed by Mesirow Financial Executive Chairman Richard Price, has reviewed all sorts of interesting things, according to documents obtained by Crain’s.

Other parts of the proposal include:

• Staging the world’s largest “Kris Kringle Market” on the campus.

• Creating year-round, quality restaurants and a hotel on site.

• Moving the concert venue at Northerly Island, the Huntington Bank Pavilion, to a space adjacent to Soldier Field.

• Converting Solidarity Drive, which runs out to the Adler Planetarium, into a pedestrian walkway, at least part of the time.

But at the center of the campus is Soldier Field and what should be done with it, as the Bears strongly hint they’ll depart even before their lease expires in 2033.

Soldier Field needs year-round restaurants and maybe an online betting parlor, a redesign of its seats to include more boxes and other premium offerings and wider concourses, the draft says. Using the latest augmented reality and virtual reality technology could improve fan experience so much that it would be the best in the NFL, better than even new stadiums offer, the report claims.

But all of that would cost money, at least initially. Some costs could be recouped by attracting more college football games, concerts and community events such as band competitions, the report says.

Other money—big money—could come from a naming rights deal in which Soldier Field would retain its name but be sponsored, such as VyStar Veterans Memorial Arena in Jacksonville, Fla., and Caesars Superdome in New Orleans.

“To better utilize Soldier Field year-round, the working group recommends the city explore the feasibility of enclosing the stadium,” the report says. “Although an enclosed venue is unlikely to attract many more major concerts due to limited touring windows, among other reasons, it would negate inconsistent weather conditions and allow Chicago to host coveted one-time events;”

Included: “the Super Bowl, the NCAA Final Four championship and WrestleMania.” However, it adds, the working group “acknowledges that enclosing Soldier Field would incur the greatest cost of the recommendations for the venue and that these costs would almost certainly not be offset by additional revenue opportunities.”

That appears to reflect Lightfoot’s statements that, while she’d like the Bears to stay and is prepared to discuss improvements, she won’t stick local taxpayers with a big bill.

Soldier Field has one other major sports tenant, the Chicago Fire FC. The soccer team surely could use some of the proposed improvements, but lacks the huge fan base that likely would be needed to finance a dome.

The draft report also appears to dance around the biggest major problem facing the campus as a whole: inaccessibility. It urges better use of Chicago Transit Authority buses and busways, but stops short of endorsing the development of Bob Dunn’s proposed One Central transit center nearby, which would provide new transit links but also require a $6.5 billion state subsidy.

A reference to Guaranteed Rate Field, regarding naming rights of other stadiums, had been deleted from this updated story.

Democrats called the bill the largest investment in fighting climate change ever made in the US, and it’s projected to help cut greenhouse gas emissions by about 40% from 2005 levels by the end of the … END_OF_DOCUMENT_TOKEN_TO_BE_REPLACED