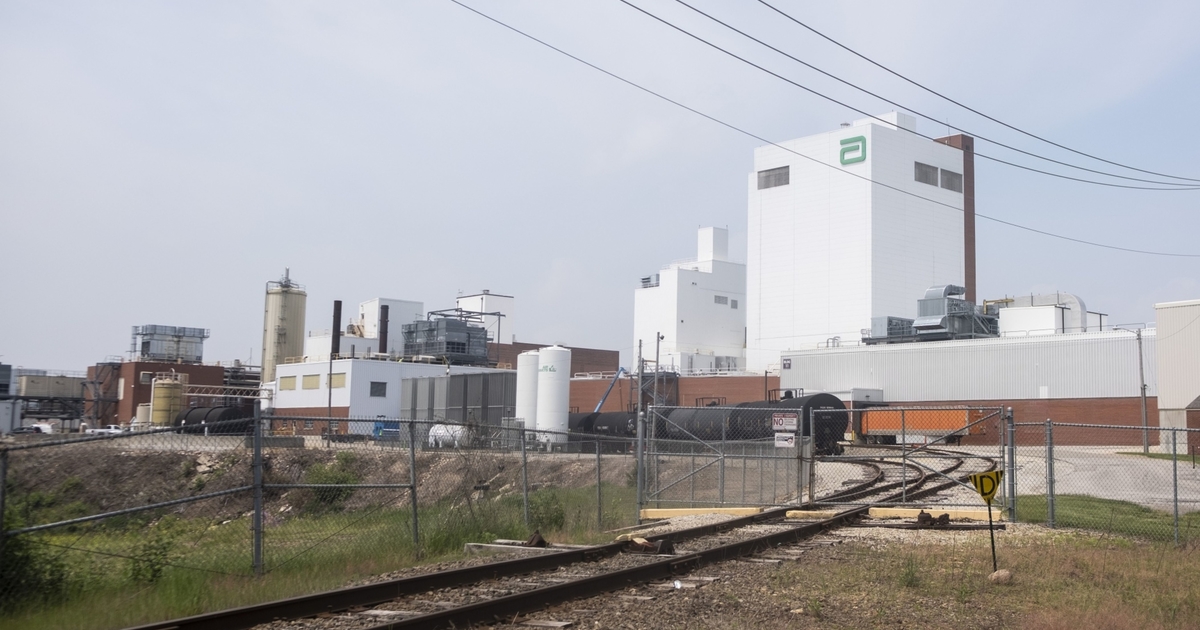 The pharmaceutical company shut the Sturgis plant in February after four children who had been fed formula made there were sickened and two later died. The closure of the facility ultimately forced desperate parents to scramble for ways to feed their children and prompted the Biden administration to invoke emergency powers to increase supply.

Investigators sent by the FDA were at the facility for several days to ensure improvements to the plant. As part of the inspections, Abbott had conducted tests for Cronobacter sakazakii, a bacteria that can cause food-borne illness and is particularly dangerous for infants. The company also stepped up sanitation before production.

“The FDA is continuing to work diligently to ensure the safe resumption of production of infant formula at Abbott Nutrition’s Sturgis, Michigan, facility,” an FDA spokesperson said in a statement. “Ensuring that infant formula is safe and nutritious and working with multiple partners to make more product available is of utmost importance to the FDA.”

The company will start production of EleCare, which is hypoallergenic, and other specialty and metabolic formulas, with initial product set to reach consumers on or about June 20, according to Jonathon Hamilton, an Abbott spokesperson.

“We’re also working hard to fulfill the steps necessary to restart production of Similac and other formulas and will do so as soon as we can,” according to the blog post.

With the Sturgis plant up and running again, the added production could help alleviate the national shortage, which has seen out-of-stock rates climb to 74% nationally in recent days.

“The agency expects that the measures and steps it is taking, and the potential for Abbott Nutrition’s Sturgis, Michigan, facility to safely resume production in the near-term, will mean more and more infant formula is either on the way to or already on store shelves moving forward,” the FDA said.

Chicago Shooting News Live: A gunman on a rooftop opened fire on an Independence Day parade in suburban Chicago on Monday, killing at least six people, wounding at least 30 and sending hundreds of … END_OF_DOCUMENT_TOKEN_TO_BE_REPLACED

The real estate industry is beyond crowded — it seems like agents are popping up everywhere and taking aim at your clients. So, how can you cut through all that noise to stand out? You’ve got to … END_OF_DOCUMENT_TOKEN_TO_BE_REPLACED

Chicago Mayor Lori Lightfoot confirmed to the New York Times that the Chicago Police Department is assisting in the response and investigation.  “Law enforcement is working hard to bring the shooter … END_OF_DOCUMENT_TOKEN_TO_BE_REPLACED