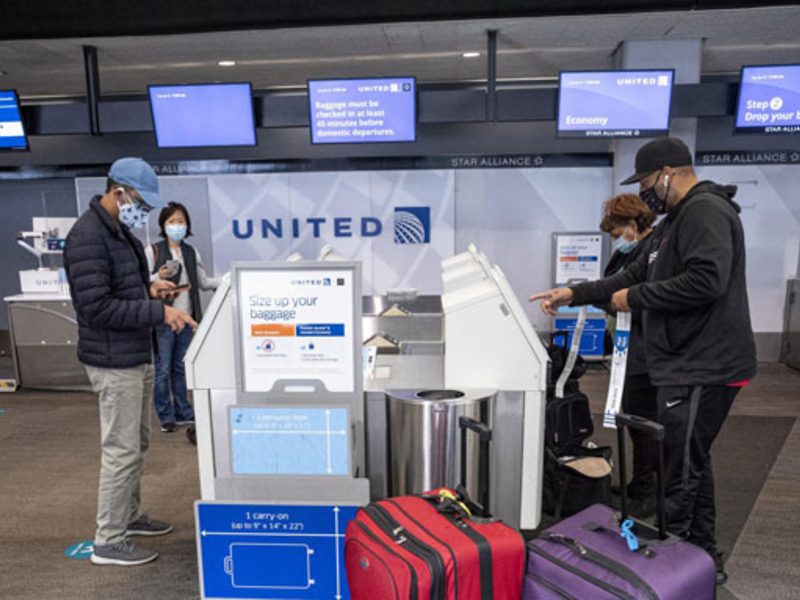 “Business travel and long-haul international are starting to show encouraging signs,” American Chief Financial Officer Derek Kerr said at an annual transport conference by Wolfe Research, which hosted most of the airline executives in person in New York. “We’re encouraged by everything we’re seeing.”

The upbeat outlooks from all three companies validate expectations that a U.S. travel recovery will strengthen this summer as expanding vaccination rates prompt more Americans to fly again. Domestic travel yields, a measure of the average fare for each seat flown a mile, are expected to surpass the pre-pandemic levels of 2019 this summer, United said.

When summer trips wind down, United expects “a big ramp-up in business traffic across the country,” as more people return to the workplace and resume traveling for their employers, Chief Executive Officer Scott Kirby said.

United pared gains of as much as 5.6% but still traded up 2.8% to $57.71 at 2:19 p.m. in New York, on track for its highest close since April 9. Delta and American also advanced, giving investors a boost after a rally in February and March stalled last month amid questions about how robust the summer recovery would be.

The rebound in demand is big enough that United said it now expects positive earnings before interest, taxes, depreciation and amortization in June and the third quarter, after excluding one-time items. Last month, the company declined to put a timetable on its financial recovery, even as Delta reiterated that it expected to eke out a third-quarter profit.

At United, total revenue for each seat flown a mile, a key sales measure, will be down 12% this quarter compared with the same period in 2019. That’s better than the carrier’s earlier forecast of a 20% decline.

Business travel remains subdued but non-leisure bookings are showing signs of recovery, United said in a securities filing. American is seeing something similar and expects further gains to materialize later in the year, CFO Kerr said.

“Many of our corporate customers are returning to their offices and have told us they plan to get back to travel in weeks and months ahead,” he said. “Travel restrictions are being revised and lifted in certain parts of Europe as well, which we expect will continue to be the case as vaccinations are rolled out.”

CHICAGO, Ill., June 24, 2021 (SEND2PRESS NEWSWIRE) — Swift Homes, a Chicago-based property purchasing company that buys homes for fair prices to rent out to local families and which is backed by a … END_OF_DOCUMENT_TOKEN_TO_BE_REPLACED