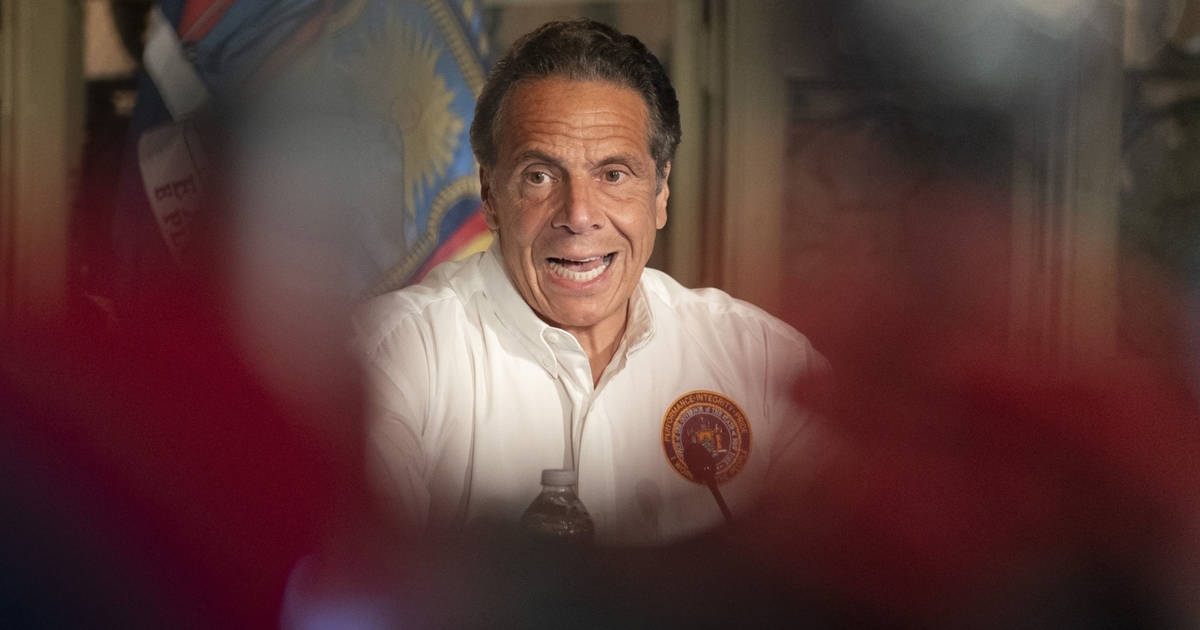 Cuomo stepped down from his position in August 2021 in the wake of sexual-harassment allegations that he has denied. In March, he said he was open to running again to challenge current Governor Kathy Hochul, though he didn’t end up doing so. Hochul currently leads her Republican opponent, US Congressman Lee Zeldin, ahead of the midterm elections.

In a statement, Cuomo pledged his show will champion facts that “matter most.” “My intention is to tell you the unvarnished truth — frank and candid — from a person who’s been in the room many times for many years,” he said.

Scaramucci said in a phone interview that he was “flattered” to be invited on the podcast, and that he and Cuomo talked about “real politics.” Their discussion was “less about left and right, and more about what’s right or wrong.”

“Obviously I think the world of him and I’m expecting him to have a very big comeback,” Scaramucci said. For his part, Scaramucci said he’ll be staying out of politics. “Not good for business,” he quipped.

The show is the latest in a series of political ventures from Quake Media, which raised $3.5 million in August 2021. One of its most prominent backers, Chicago Ventures, is an early stage investment fund that counts Kevin Willer, the former CEO of 1871 Chicago, among its partners. Quake Media’s current roster of hosts includes former Arkansas Governor Mike Huckabee, conservative pundit Laura Ingraham and broadcast journalist Soledad O’Brien. The first two episodes of Cuomo’s show will be free on Apple Podcasts and YouTube, while the others will require the Quake Media app.

Cuomo resigned as governor one week after Attorney General Letitia James published a report that found 11 claims of sexual harassment by Cuomo to be credible accounts. Last month, Cuomo filed an ethics complaint against James and two special deputies, alleging she “misled the public” regarding the investigation.

CHICAGO — A Chicago man faces criminal charges in the riot at the US Capitol nearly two years ago.  Federal authorities say James McNamara was identified as the suspect seen repeatedly ramming the … END_OF_DOCUMENT_TOKEN_TO_BE_REPLACED

Other provisions would loosen the definition of an EV worker and appear to be aimed at existing automakers in Illinois, especially Stellantis and Ford. They have huge conventional auto assembly plants … END_OF_DOCUMENT_TOKEN_TO_BE_REPLACED