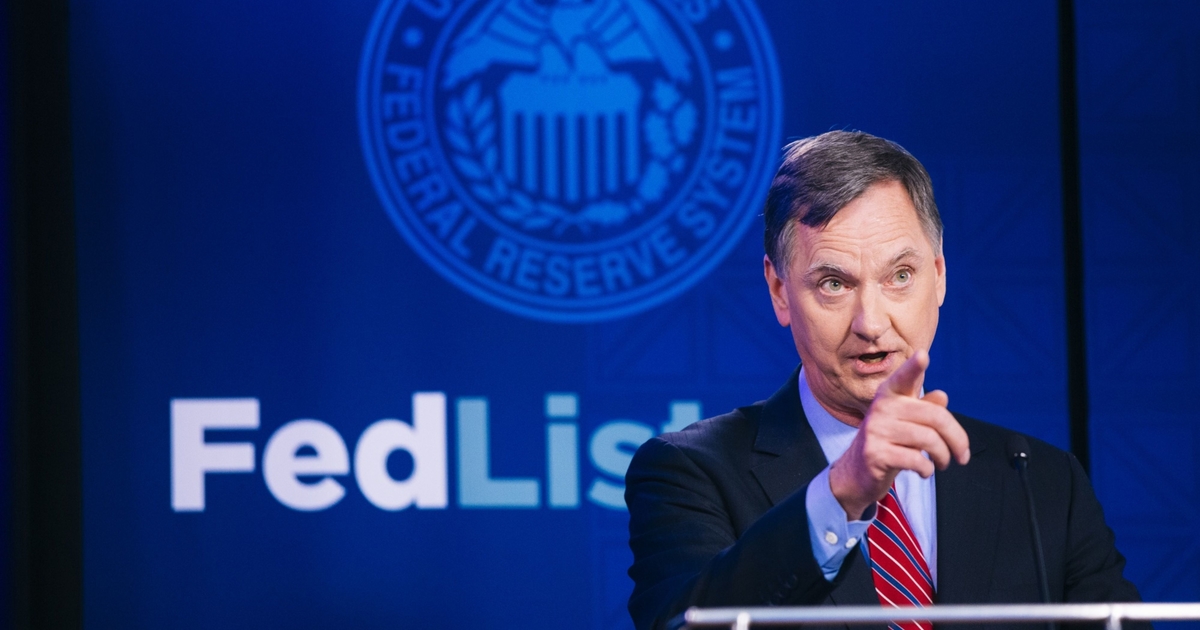 “That was a searing experience for me, because it was kind of like, yeah, I didn’t read things very carefully. The risks were all on the other side,” said Evans. Currently the US central bank’s longest-serving policymaker, he retires in January after 15 years at the helm in Chicago.

This year, amid the highest inflation in four decades, Evans has not been so dovish. But with the Fed’s benchmark interest rate now just below 4% following several months of outsize rate hikes, the Chicago Fed chief is sounding a more cautious note once again about the risks of overshooting.

After the August 2008 episode, Evans solidified his position among the Fed’s most dovish policymakers, continually calling for additional stimulus and explicit pledges that the central bank would do everything it could to get inflation back up to 2%.

In 2012, the Fed formally committed to such an approach, declaring that it would keep interest rates near zero at least until unemployment had fallen below 6.5% or inflation rose above 2.5% — a move which was dubbed the “Evans Rule.”

Inflation continued to run mostly below 2% in the years after, including when the Fed began raising rates in December 2015. An economic slowdown and financial-market turmoil forced the central bank to quickly shelve plans for four rate increases the following year, and by the end of 2016, when it did hike again, Evans was still arguing it would be better to hold off until inflation trends had solidified at or above 2%.

“The circumstances were such that I wanted to get inflation to 2%, because that’s where we were supposed to be,” he said. “I think what’s missing here is the recognition that we were just in a lower trend growth environment.”

In December 2018, the federal funds rate peaked at just below 2.5%, and in 2019 the Fed began cutting rates to offset an economic slowdown caused in part by then-President Donald Trump’s trade war with China.

That year, it also undertook a historic review of its policy framework, and in August 2020 — after slashing rates to nearly zero again at the onset of the pandemic in March — it announced a new strategy, seeking explicitly to achieve 2% inflation on average over time, that embodied the argument Evans had been making for years.

The new framework has been criticized since then for causing the Fed to be behind the curve in response to rising inflation. Price pressures began bubbling up last year, but the central bank waited until March of this year — when inflation was already above 6% — to begin raising rates.

“People are going, ‘Oh, see? You really lost your handle on this,’ and it’s taking a long time. And, you know, we took that on board and made some judgments, came to the policy response perhaps a little late, but then moved very expeditiously,” Evans said. “So I think we’re probably not far from where most people thought we’d be at this point.”

The framework introduced in 2020 should still continue to serve the central bank well in the future, especially if — as looks likely to the Chicago Fed chief — the world returns to the low-growth, low-inflation climate that it faced before the pandemic.

“We just need to be a little more mindful of the upside risk,” he said.

CHICAGO — A Chicago man faces criminal charges in the riot at the US Capitol nearly two years ago.  Federal authorities say James McNamara was identified as the suspect seen repeatedly ramming the … END_OF_DOCUMENT_TOKEN_TO_BE_REPLACED

Other provisions would loosen the definition of an EV worker and appear to be aimed at existing automakers in Illinois, especially Stellantis and Ford. They have huge conventional auto assembly plants … END_OF_DOCUMENT_TOKEN_TO_BE_REPLACED