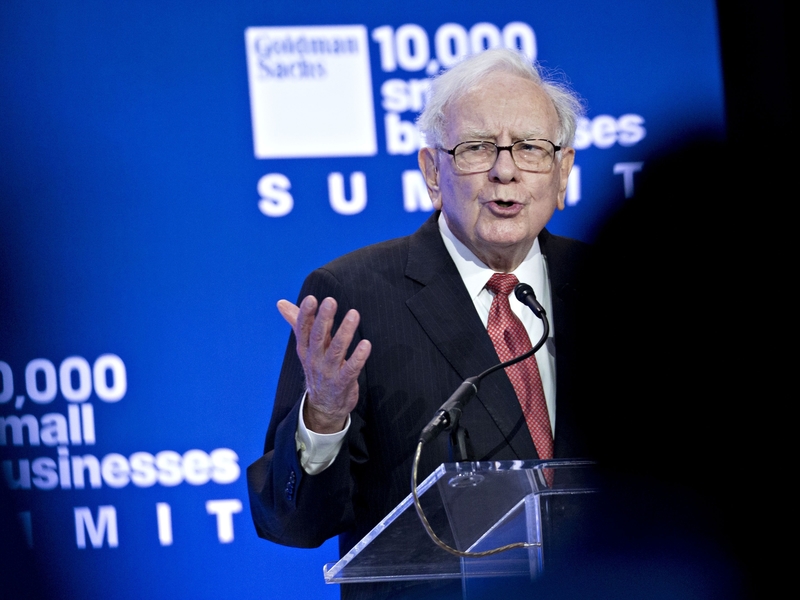 Buffett’s company has spent the last year revamping its holdings in financial firms, sticking by a massive stake in Bank of America Corp. valued at $39.1 billion, while exiting investments in JPMorgan Chase & Co. and Goldman Sachs Group Inc. A more than three-decade investment in Wells Fargo, which once ranked as the company’s largest common stock bet, has been slowly disappearing in recent years and totaled just $26.4 million at the end of the first quarter.

Meanwhile, Berkshire has dug even deeper into the insurance-brokerage industry. The bet on Aon, disclosed in a quarterly filing, comes just months after Berkshire revealed a stake in its rival Marsh McLennan. Aon and Willis Towers Watson have agreed to sell some assets to help ease regulatory concerns around their proposed combination. The Aon holding was valued at about $943 million at the end of the first quarter.

In February, Berkshire disclosed three bets, including the Marsh McLennan stake, that it had been building up in secret. The company then spent the first quarter taking those bets in different directions, ramping up its stake in Marsh McLennan and Verizon Communications Inc. while cutting a Chevron Corp. holding roughly in half.

Buffett and two of his key deputies, Todd Combs and Ted Weschler, oversee investments for the conglomerate’s $282 billion stock portfolio. The firm ended up increasing two other bets — a stake in Mariano’s parent Kroger Co. and a holding in furniture company RH — during the first quarter.

CHICAGO, Ill., June 24, 2021 (SEND2PRESS NEWSWIRE) — Swift Homes, a Chicago-based property purchasing company that buys homes for fair prices to rent out to local families and which is backed by a … END_OF_DOCUMENT_TOKEN_TO_BE_REPLACED