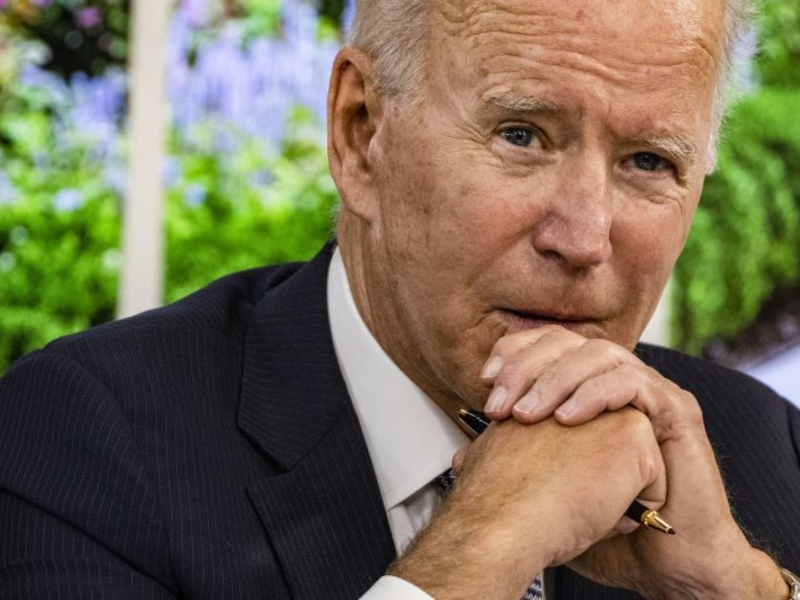 Biden will also highlight the example of United Airlines Holdings Inc.., which has said that 98.5% of its workforce has complied with an inoculation requirement. The Chicago-based company in August became the first U.S. carrier to impose such a requirement.

Before the trip, the White House released a report that said 3,500 U.S. organizations already have a vaccine mandate, including 40% of hospitals and 25% of businesses, following Biden’s directive that federal workers and contractors be vaccinated and that the Occupational Safety and Health Administration draft regulations for companies with at least 100 employees.

Several legal challenges have been mounted against the mandates.

A growing number of places across the country, including Los Angeles, San Francisco and New York City, are requiring people to show proof of vaccination to enter various types of businesses and venues.

U.S. deaths since the start of the pandemic have surpassed 700,000. About 186 million Americans, about two-thirds of those eligible, have been fully vaccinated.

Late last month, Biden canceled a planned trip to Chicago to remain at the White House to negotiate with warring progressive and moderate congressional Democrats whose differences over the size and scope of his proposed tax and spending plan threatened to sink his entire economic agenda.

The rescheduled trip will be Biden’s second as president to Democratic-controlled Illinois. He visited Chicago in July to push his yet-to-be-passed stalled infrastructure plan.

“He wants to lift up and communicate not to just people of Chicago, but the people of the country about the effectiveness of vaccine mandates — how they can work for businesses, how they can make workplaces safer, and how they can be constructive to our economy,” Press Secretary Jen Psaki said.

First lady Jill Biden intends to visit Chicago during a two-state Midwest swing next week. And Biden’s housing secretary, Marcia Fudge, was there this week, visiting a housing development and promoting the president’s so-called Build Back Better agenda.

Chicago Shooting News Live: A gunman on a rooftop opened fire on an Independence Day parade in suburban Chicago on Monday, killing at least six people, wounding at least 30 and sending hundreds of … END_OF_DOCUMENT_TOKEN_TO_BE_REPLACED

The real estate industry is beyond crowded — it seems like agents are popping up everywhere and taking aim at your clients. So, how can you cut through all that noise to stand out? You’ve got to … END_OF_DOCUMENT_TOKEN_TO_BE_REPLACED

Chicago Mayor Lori Lightfoot confirmed to the New York Times that the Chicago Police Department is assisting in the response and investigation.  “Law enforcement is working hard to bring the shooter … END_OF_DOCUMENT_TOKEN_TO_BE_REPLACED