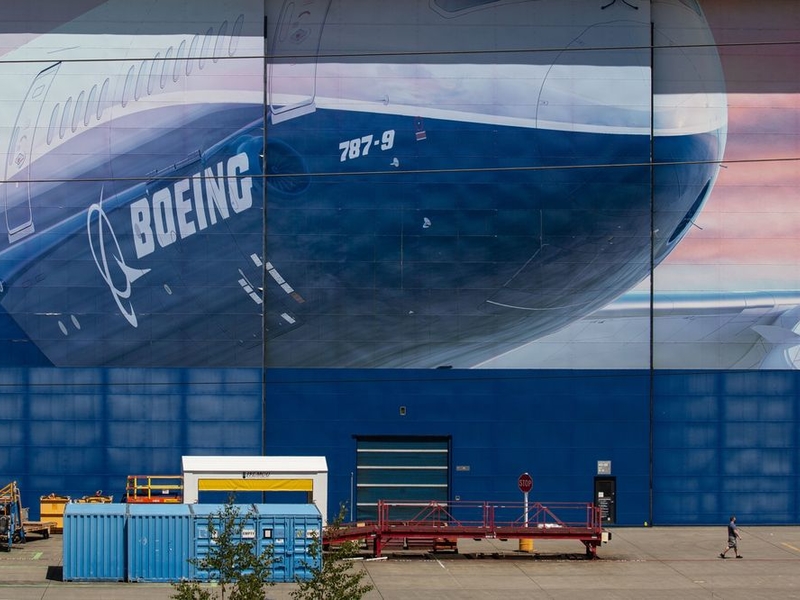 One of Calhoun’s first hires after taking the top job last year was Michael D’Ambrose as human resources chief, with a mandate to bolster diversity. According to Boeing’s demographic data released Friday, a company that has traditionally skewed White and male has a lot of work ahead to add more women and people of color to its ranks.

Black employees make up just 6.4% of Boeing’s U.S. workforce and 4.4% of its engineers. Women account for 23% of employees and 17% of engineers.

“We’re on par with the aerospace industry, and we don’t think that’s anywhere good enough,” D’Ambrose said in an interview.

Boeing intends to release the snapshot of its 140,000-strong workforce annually to track its progress, along with another measure of its demographics contained on a form known as EEO-1 that corporations are required to disclose to the federal government.

The company wants to increase its Black representation by 20% in the U.S. by 2025, which would still leave the total number at less than 8% of the company’s workforce. At the current rate, it will take Black Americans 95 years to reach workforce parity in all levels of U.S. private industry, having 12% representation at every level of a company, according to a February report from McKinsey & Co.

Boeing is taking steps such as creating action plans to address the root cause of representation gaps in its workforce and briefing directors every eight weeks on the progress toward building diversity and inclusion. Encouraging employees with different backgrounds and life experiences to speak up is good for business, D’Ambrose said.

“By being more diverse, more inclusive, we will make better decisions,” he said.

Along with the new branding being announced Monday will come new names, roads, and a message of environmental friendliness. With a tagline of “Next Starts Here,” HRP said the Bellwether District will … END_OF_DOCUMENT_TOKEN_TO_BE_REPLACED

PRITZKER MOVES TO PROTECT THE AS-YET UNVACCINATED: Employees of licensed day care centers in Illinois will now be required to be vaccinated against COVID-19 or get tested for the virus at least once a … END_OF_DOCUMENT_TOKEN_TO_BE_REPLACED