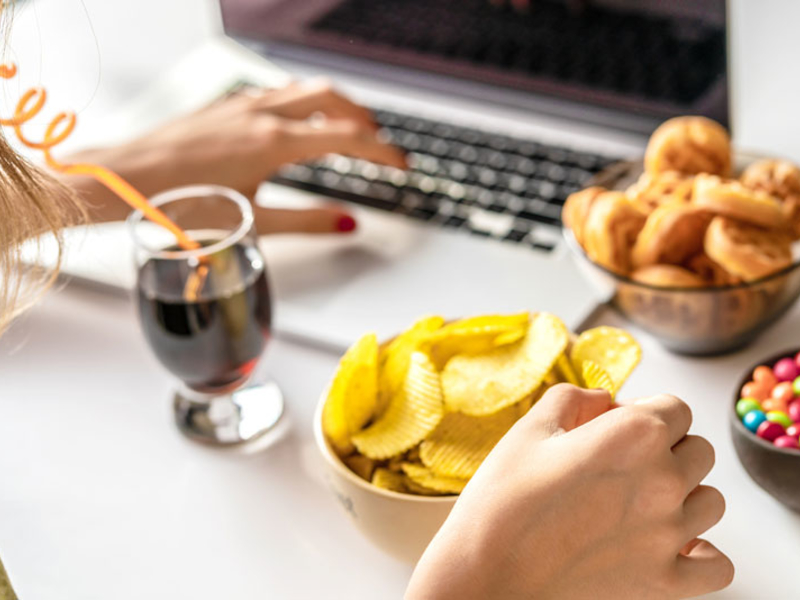 The food and beverage brands have essentially become “big data companies” that gather vast amounts of information on potential customers to help expand and enhance their online promotion of unhealthy food, according to Jeffrey Chester, the Washington-based organization’s co-founder and executive director.

Pepsi and McDonald’s did not immediately respond to requests for comment.

The rise of social media and its importance in the lives of children and teenagers have created “all sorts of new opportunities to expand what these food and beverage marketers have been doing for a long time, and to enable them with the ad tech tools to be even more aggressive and effective,” said Kathryn Montgomery, the center’s co-founder and research director.

The products that are being marketed to young people, typically items like candy and soda, are the “kinds of purchases they can easily make for themselves,” Montgomery said. “As they grow older with teenagers, it’s very difficult for parents to have any oversight really into what they consume.”

According to the report, obesity rates for people from the ages of 12 to 19 have quadrupled since the 1980s. Children from low-income households also have disproportionately higher levels of obesity, the group added.

The report comes as lawmakers turn their attention to how technology affects children as part of a broader effort to regulate the industry’s giants. In late March, congressional representatives pressed the chief executives of Facebook Inc., Twitter Inc. and Alphabet Inc. about whether their platforms are designed to keep kids addicted to them and pose a sizable threat to their overall welfare.

Massachusetts Democrat Ed Markey and Louisiana Republican Bill Cassidy have also introduced legislation in the U.S. Senate to expand online privacy rules by banning internet companies from collecting personal information on children between the ages of 13 and 15 without their consent and limiting the gathering of data on younger people for digital marketing purposes.

“This is the time to intervene,” Chester said.

By releasing the report now, the group wanted to “take advantage of the new policy environment in Washington, because you have a Federal Trade Commission now under the Biden administration that is promising to be much more aggressive,” Chester said. “In terms of protecting the children and other vulnerable groups, we intend to ask the FTC to investigate the industry.”

CHICAGO, Ill., June 24, 2021 (SEND2PRESS NEWSWIRE) — Swift Homes, a Chicago-based property purchasing company that buys homes for fair prices to rent out to local families and which is backed by a … END_OF_DOCUMENT_TOKEN_TO_BE_REPLACED