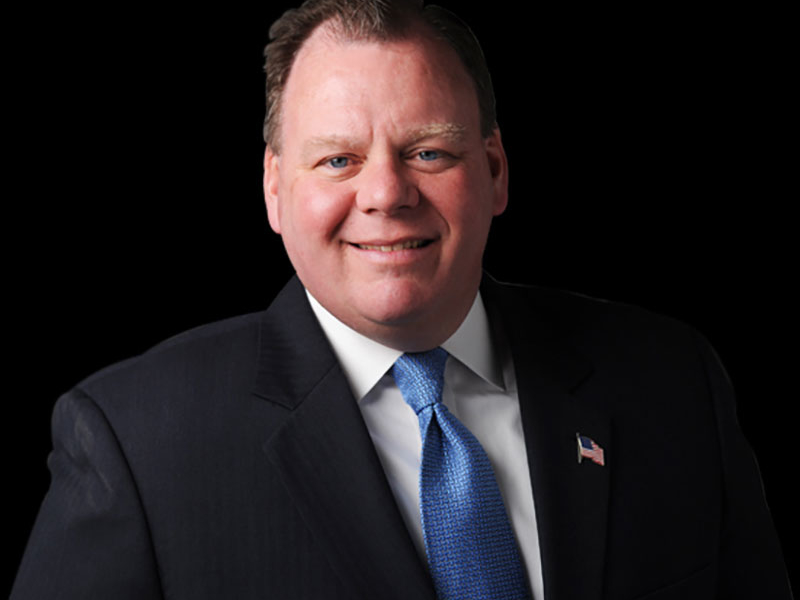 The indictment portrays the 51-year-old Thompson, first elected alderman of Bridgeport’s 11th ward in 2015, as using Washington Federal as something of a go-to source of cash when he needed it to meet other obligations. Almost never was he required to pay the money back, according to the indictment.

A first unsecured loan detailed in the indictment was for $110,000 and was made in late 2011. Thompson made one payment, then stopped and wasn’t asked to continue by the bank, according to the charges.

A third loan for $89,000 was made in January 2014, “which defendant Thompson used to pay off a lien held by another financial institution on a property owned by defendant Thompson, and Washington Federal did not require defendant Thompson to execute a note promising to repay this $89,000 or to provide security for his repayment of these funds,” the indictment states.

The loans remained outstanding and unpaid until the bank’s failure in December 2017, the indictment said. In February 2018, Thompson lied to the bank that acquired the loans—not identified in the indictment, but which was Chicago’s Royal Bank—about how much he owed, according to the charges. He claimed they were no more than $110,000 when, in fact, they were $219,000, the indictment states.

He’s also charged with failing to report income to the Internal Revenue Service and claiming mortgage interest as a deduction when he didn’t pay it.

In a statement, Thompson said he would fight the charges and continue to serve as alderman. “I am very disappointed by the Justice Department’s decision to return an indictment against me today for inadvertent tax preparation errors and my incorrect memory about the amount of a personal bank loan. I discovered the tax error and paid the small amount of taxes I owed. When the bank provided me the documents showing the actual amount of the loan, I promptly paid it back. Both matters were resolved before there was any government investigation.

“My conscience is clear. I did not commit any crime, I am innocent and I will prove it at trial,” he added. “Second, I am, first and foremost, a public servant. The charges in the indictment do not relate in any way to my public service or to my professional life. I remain 100 percent dedicated to serving the people of Chicago to the best of my ability. I have complete confidence in our system of justice and look forward to showing that the accusation is false.”

The failed Washington Federal had other ties to the Daley organization, including an $80,000 loan it made to the 11th Ward Democratic organization to refurbish its offices just two months before the bank’s collapse. No payments were made on that before the failure. Thompson and his uncle, Cook County Commissioner John Daley, oversaw the organization.

The organization began repaying the loan in June 2018 after the Federal Deposit Insurance Corp. acquired the credit.

William Mahon, a senior manager in the city’s Department of Streets & Sanitation, served on the failed bank’s board for years.

Thompson was reported to be a target in the investigation by the U.S. attorney’s office in Chicago, so his indictment is not a shock. But, while close associates of the Daley family have found themselves charged with federal crimes, he’s the first family member to be indicted, with the exception of his cousin, Richard J. “R.J.” Vanecko. Vanecko served two months in prison for involuntary manslaughter in the death of 21-year-old David Koschman in a drunken brawl in 2004.

CHICAGO (CBS)– A semi truck caught fire Tuesday morning on I-90 near the Barrington exit.According to Illinois State Police, the truck fire was put out in the westbound lanes.READ MORE: Jovan … END_OF_DOCUMENT_TOKEN_TO_BE_REPLACED

It’s really an honor to congratulate Ava, Susan and Juliet on a job well-done. In each record-breaking instance, these award-winning agents shared their considerable knowledge of the neighborhoods and … END_OF_DOCUMENT_TOKEN_TO_BE_REPLACED

Chicago is adding to its deficit even as it receives a federal bailout. NRPLUS MEMBER ARTICLE F inances are so shaky in Chicago that, even with an infusion of $3.5 … END_OF_DOCUMENT_TOKEN_TO_BE_REPLACED