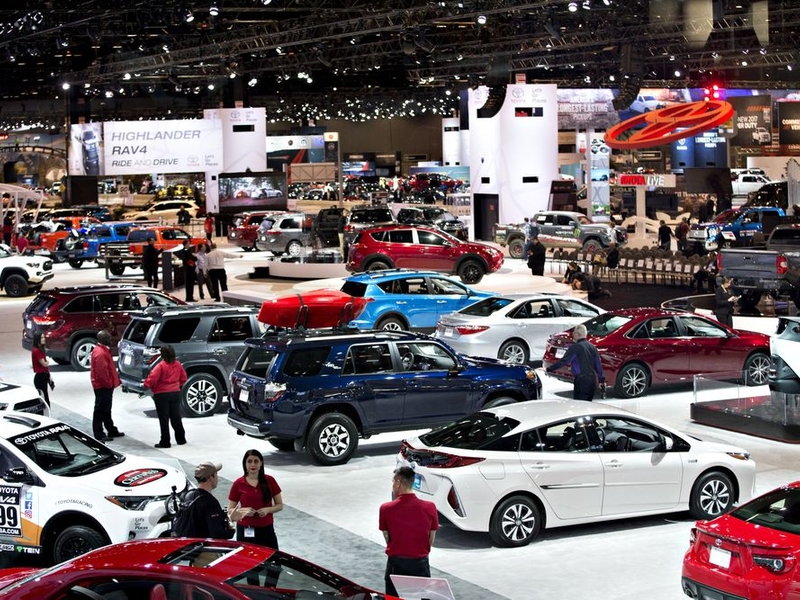 As first reported by Crain’s, McCormick Place, North America’s largest convention center, in July will throw open its doors to an event on a scale unlike any in Chicago since the pandemic began. It will mark not only the resumption of the largest U.S. auto show, but could also herald the return of those crowded industry conventions — and the tourist and tax dollars they bring.

“Finally, the return of our beloved Chicago Auto Show,” Illinois Governor J.B. Pritzker said Tuesday, adding that the reopening of McCormick Place is a “critical step toward our state’s overall economic recovery.”

Few businesses have been hit as hard as industry conventions in the era of social distancing, which shuttered exhibit halls from Boston to Los Angeles, and there’s major uncertainty over how strongly such gatherings will rebound after businesses learned to do without them.

But cities are hoping they return. Business trade shows alone had a $101 billion economic impact in 2019, according to estimates from the Center for Exhibition Industry Research. That plunged to $24 billion last year.

The events are slowly coming back as the vaccination rollout slows the spread of Covid-19 in the U.S. even as it rages in other parts of the world. In June, Las Vegas will host its World of Concrete event, the largest concrete and masonry professional conference, and the tech industry’s massive Consumer Electronics Show is coming back in January. The New York International Auto Show will return in August. This fall, the American Society for Surgery of the Hand will descend on San Francisco.

“It’s a sign of getting people back to work, helping the local economy recover as well as the national economy,” Cathy Breden, chief executive officer of the Center for Exhibition Industry Research, said in an interview. “It’s going to be interesting to watch how this entire eco-system recovers and gears back up to support all these events.”

The return of large in-person gatherings is positive for local sales, hotel and motor-vehicle taxes generated by visitors, according to Moody’s Investors Service analysts John Medina and Valentina Gomez. Rising vaccination rates and easing capacity restrictions are expected to gradually increase demand for conventions, conferences, concerts, and live events this year and next, according to Moody’s.

Orlando, the first major market to welcome convention guests back nationally last year, expects to host 84 at the Orange County Convention Center in 2021, with about 900,000 projected attendees. Based on those bookings, Visit Orlando, the region’s tourism authority, predicts that attendance will reach 73% of the 2019 level, well ahead of national statistics, which the group put at 35%.

While the big Consumer Electronics Show recently announced it would be returning to Las Vegas this coming January — albeit in a partially online fashion — the U.S. gambling capital is still struggling to revive its meetings business, in large part due to Covid restrictions. Caesars Entertainment Inc. Chief Executive Officer Tom Reeg said on a conference call with investors Tuesday that the company hosted just one small group in the most recent quarter, making it hard to fill hotel rooms on weekday nights.

“That’s where the return of group business can really help us,” he said.“Those group customers that extend their trip on either end, help us yield on weekend as well.”

A new convention center Caesars opened last year has booked 165 events, however, making Reeg optimistic about the balance of the year and 2022. If present case levels continue to decline, Nevada will lift all virus-related capacity restrictions on June 1.

The Chicago Auto Show, set to be held July 15 through July 19, will be the first large convention in Illinois since the onset of the pandemic, though it will be shorter and smaller than years past. Capacity will be limited to 10,000 people at any one time. Mayor Lori Lightfoot said her goal is to have the city of Chicago fully reopened by July 4.

The cancellation of 230 events scheduled at McCormick Place since the onset of the Covid-19 outbreak removed about $3 billion from the economy and eliminated about $234.2 million of state and local tax revenue, according to Larita Clark, chief executive officer of the Metropolitan Pier and Exposition Authority, which owns McCormick Place. From July through September, there are 43 conventions, trade shows and events scheduled on the campus, she said.

That’s welcome news to workers like Kevin McLaughlin, a carpenter and union representative who started working on exhibits at McCormick Place in 1987. “People have been waiting to go back to work since things shut down in March,” he said.

Harmon finally adjourned the Senate with the prediction that a bill ultimately would pass. Environmental advocates and union representatives would meet "as soon as tonight" to continue to try to hash … END_OF_DOCUMENT_TOKEN_TO_BE_REPLACED

Who ever thought that we could transition so quickly from high to low inventory? Of course, there are still houses for sale. For instance, Winnetka currently has 46 listed homes, some of which … END_OF_DOCUMENT_TOKEN_TO_BE_REPLACED