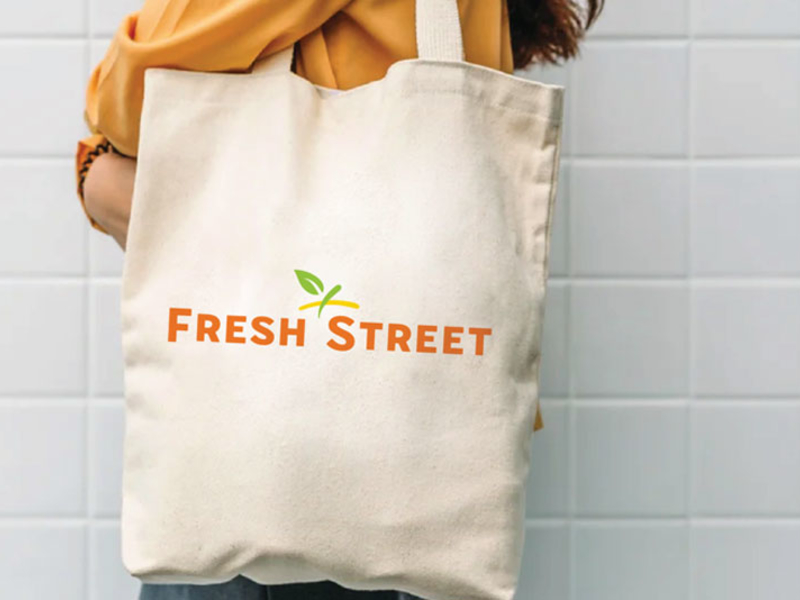 The model is a deviation from other Chicago grocery stores, such as Jewel-Osco and Mariano’s, said Mike Sayles, Fresh Street founder and CEO. Brick and mortar stores are set up for in-person buying—the layouts themselves force patrons to walk by certain displays on their way to grab the essentials—and have adapted to online demands.

“We’re trying to retrofit these locations to support online grocery shopping when they were never meant to do that,” Sayles said. “The starting point (for Fresh Street) was, if you had a blank sheet of paper and you could do it all over again, what would you design?”

Fresh Street is slated to open its first warehouse in Lincolnwood late in first-quarter 2022. Location is key, Sayles said: The startup’s target customer is a suburbanite with a family who wants to save time by picking up their grocery order—which they placed on Fresh Street’s app—while they’re out running other errands.

Fresh Street’s goal is to get 10 pickup locations open around the Chicago area “as quickly as practical,” Sayles said.

The retailer will start out with pickup only. Sayles said Fresh Street’s consumer research revealed that while people like delivery, they are becoming more wary of the charges associated with it.

“More and more people realize they’re paying a lot of markups along the way,” he said.

Another big consumer pain point with online grocery shopping: out of stock items. Sayles plans to combat the disappointment of getting replacement items in your grocery bags with the company’s technology. Fresh Street’s inventory management system will be tied to its website and app, so consumers will see in real time what items are sold out.

Fresh Street is wading into a crowded market. Beyond the investments big chains such as Aldi have made into online ordering, competitor Amazon Fresh is expanding in the suburbs.

However, the online shopping play seems less risky with each month the pandemic drags on. Online grocery sales in the U.S. jumped to $8.8 billion in June 2020 from $2 billion in August 2019, according to analytics firm Brick Meets Click. And they’re still going strong. Last month, as the Delta variant ran its course, U.S. consumers spent $8 billion on online groceries.

Experts do not expect online grocery shopping to go away, as independents and chains alike double down on their investments in the technology.

Sayles has a background in the food industry, having worked previously at Ferrara Candy and in investment banking, doing food and beverage mergers and acquisitions. Fresh Street has hired other corporate employees with backgrounds at Aldi, Kraft Heinz and Amazon Go.

CHICAGO — The City Council on Monday delayed a vote on Mayor Lightfoot’s curfew change — but a group of young residents are urging members to vote no. The young adults are part of the racial … END_OF_DOCUMENT_TOKEN_TO_BE_REPLACED

The fire at the former Pheasant Run Resort, 4051 E. Main St., broke out Saturday afternoon, sending huge plumes of smoke into the sky surrounding the closed resort and drawing dozens of onlookers who … END_OF_DOCUMENT_TOKEN_TO_BE_REPLACED

As the 2022 political season gets into full swing, one of the most intriguing candidates for elected office is Herschel Walker. The star running back with the University of Georgia and Dallas Cowboys … END_OF_DOCUMENT_TOKEN_TO_BE_REPLACED