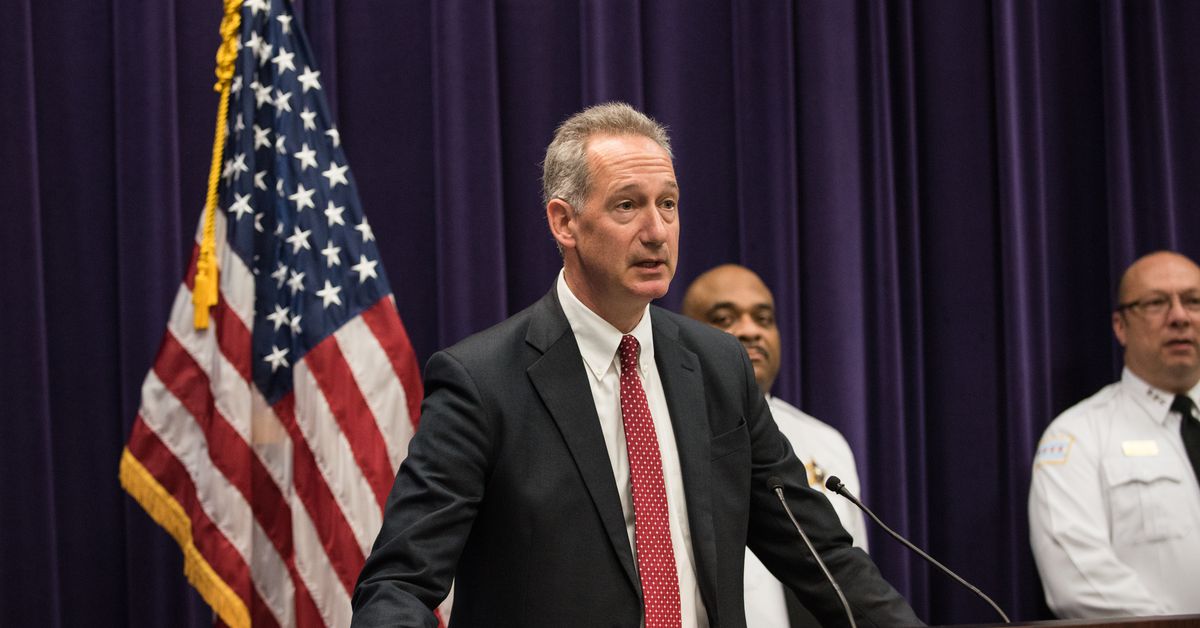 A Waukegan contractor who has gotten nearly $300 million in water and sewer construction work from the city of Chicago has been banned from getting any more city contracts.

Now, Joel Kennedy, who says the ban would put his company out of business, is asking city officials to rescind the order. The company says it has “taken multiple steps to make sure we are fully compliant with residency requirements in the future.”

If he can’t persuade City Hall to drop the ban, “we intend to challenge the city’s debarment decision in court,” according to a written statement from Kennedy.

City Hall’s procurement department issued the ban against Kennedy and his business on April 16 after an investigation by Ferguson’s office found that the contractor had submitted falsified payroll records on four city contracts.

The phonied-up documents made it appear that, as a city ordinance requires, more than half of the work that Joel Kennedy Constructing Corp. did on those jobs was done by Chicago residents, city records show.

But that wasn’t true, according to Ferguson’s staff. It found that the company’s payroll records were altered in two ways: to make it appear that workers lived in Chicago who didn’t and to delete the names of workers who live in the suburbs from the payroll records the company submitted to City Hall.

Kennedy has acknowledged to city officials that the company submitted falsified payroll records on some city jobs. But he has told them he blames a disgruntled former employee and business partner, Angelo Milazzo, for that.

Milazzo blew the whistle on Kennedy by filing a federal whistleblower lawsuit against the company in 2017, outlining the scheme. The city of Chicago has since joined the still-pending case. Milazzo stands to share in any financial damages the city is awarded from Kennedy’s company.

Milazzo was subpoenaed by Kennedy and his ex-wife to testify in their divorce case as they were haggling over the value of the company as part of the couple’s divorce settlement.

Kennedy’s lawyers have asked a judge to dismiss the whistleblower lawsuit, challenging the validity of the residency requirement for contractors, which was passed during the late Mayor Harold Washington’s administration.

Kennedy started his business with his mother and, over three decades, has gotten 32 contracts from City Hall for which he has billed the city more than $295 million.

Metra is restoring service on all train lines to pre-pandemic levels and won't raise fares next year in hopes more and more riders will return to using the suburban Chicago commuter rail service. … END_OF_DOCUMENT_TOKEN_TO_BE_REPLACED

Over the years, women have crashed through the proverbial “glass ceiling” of many top-level businesses, rising through the ranks and making strides in leadership roles typically held by white men. … END_OF_DOCUMENT_TOKEN_TO_BE_REPLACED

All of Professor Black’s grandparents, including the grandmother who helped raise him, had been enslaved. His father, known as Dixie, worked as a sharecropper in the South and at steel mills and … END_OF_DOCUMENT_TOKEN_TO_BE_REPLACED