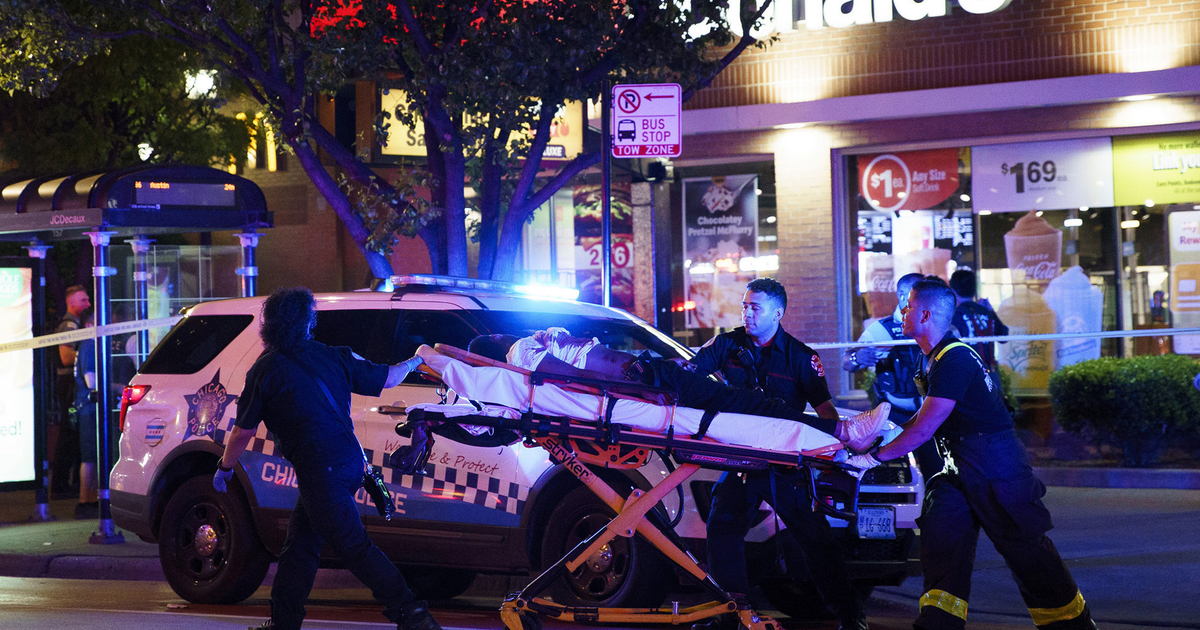 The Monday morning police blotter of course doesn’t account for the number of shootings that take place on every other day of the week, in nearly every other neighborhood of the city, involving victims of all ages.

And it of course also doesn’t account for several of the more headline-grabbing incidents that have taken place since the temperatures started to creep up, inspiring young people to take to the streets presumably to enjoy the first glimmers of summer. There was the shooting by The Bean in Millennium Park, of course—the one that claimed the life of a 16-year-old boy on a Saturday evening in May. And then there was the Thursday night shooting near a notorious trouble spot at Chicago Avenue and State Street, an altercation in which two young people were killed and seven were wounded.

But the Monday shooting roundups underscore a few especially troubling aspects of what’s shaping up to be another summer of seemingly random mayhem in Chicago: Weekends are a particularly dangerous time. And, when the bullets fly, the victims are often very young—and, often, so are the shooters.

As The Wall Street Journal pointed out recently in an editorial that furthered Chicago’s national image for violence, more than 100 children have been shot so far this year in the city. We should note, of course, that the citywide murder rate overall is down 9% so far compared to this time last year, according to Chicago Police Department statistics. But that won’t be much comfort to loved ones of the 224 people shot and killed in Chicago this year as of this writing, nor to the 942 shot and wounded so far.

The really dispiriting thing, though, is the age of the people involved in many of these incidents. So many teenagers. The newspaper tallies offer only a surface glimpse of the problem. Just beneath that surface is a story of diminished hopes, thwarted ambitions, limited opportunities, failed education, few constructive social outlets and a sense of utter futility.

How can this community undo that deeper damage? That’s the ultimate challenge of our time.

We can’t have swarms of teenagers roving hundreds-strong and causing havoc for themselves and others; we can’t have young people settling street-corner disputes at the point of a gun; we can’t have residents feel unsafe sitting on their front stoop or strolling to the store, not only for all the economic and optical reasons we often cite—it’s bad for business, it damages Chicago’s reputation and so on—but because absolutely no one wants to live this way.

So far, the Lightfoot administration has not articulated a coherent plan to curb the violence that’s percolating in the run-up to this Memorial Day weekend. The citywide curfew enacted after the recent Millennium Park incidents have the feel of a Band-Aid applied to a gaping wound, serving mainly to criminalize youth and to give a sense that the administration is doing something—anything. But does anyone honestly think this measure will put a significant dent in the problem? Do the mayor and her police chief have any other strategy in mind to anticipate where violence is likely to flare up and, perhaps more important, to get more police officers onto the streets where they’re needed most?

Sadly, the answers to these questions will likely come in the next batch of Monday morning crime reports over what is historically a bloody weekend, Memorial Day.

Chicago Shooting News Live: A gunman on a rooftop opened fire on an Independence Day parade in suburban Chicago on Monday, killing at least six people, wounding at least 30 and sending hundreds of … END_OF_DOCUMENT_TOKEN_TO_BE_REPLACED

The real estate industry is beyond crowded — it seems like agents are popping up everywhere and taking aim at your clients. So, how can you cut through all that noise to stand out? You’ve got to … END_OF_DOCUMENT_TOKEN_TO_BE_REPLACED

Chicago Mayor Lori Lightfoot confirmed to the New York Times that the Chicago Police Department is assisting in the response and investigation.  “Law enforcement is working hard to bring the shooter … END_OF_DOCUMENT_TOKEN_TO_BE_REPLACED