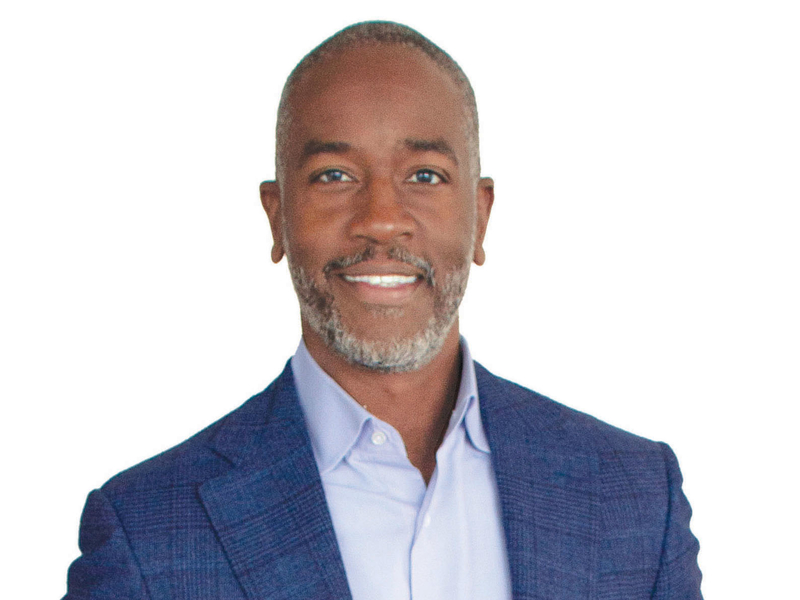 Phil Alphonse, 49, is a senior partner for private investment firm Vistria Group and co-leads the firm’s education practice. Born in Jamaica, he has degrees from Harvard and Stanford. He and his wife live in Streeterville with their three daughters, 7, 10 and 14.

What surprises people about you? My immigrant story. My mother is Jamaican and my father is Panamanian. I was born in Kingston; we moved to Panama when I was three and, when I was 7, we moved to Dorchester, a fairly rough neighborhood in Boston back then.

That’s a dramatic shift. There were benefits. Basically, I grew up on college campuses. My mother was a college librarian. My dad was a minister, getting his doctorate at Boston U, and my sisters were in college there.

The downside? In 7th grade, I had to ride a bus to school through Dorchester and Roxbury. I saw a lot of tough kids and drugs on that bus.

Any incidents? Several. Once, an older kid tried to shake me down for milk money. I told him no, and he threatened me with a pocketknife. Two weeks later, I see the kid making a beeline for me. I’m thinking, ‘Holy crap,’ but he just gave me a fist bump.

Worst job ever? Cleaning toilets on dorm crew while I was at Harvard. If you did a really good job, you got to work at reunions as wait staff or room cleaners where the tips were good. Ha!

Why did you choose investing? I wanted to generate real income. My family didn’t have a ton of money. I wanted to be the type of person who could write a meaningful check for the collection plate.

Your latest splurge? We like to summer on Martha’s Vineyard, so we just bought a second home there.

A major turning point? After business school, I joined a startup that processed student loans online. The company went under after a couple of years because we were under-capitalized. It felt like the dot-com world was imploding.

What did you do? I followed some advice from a former grad school classmate. He told me that if I wanted to become an investor, I should apprentice with the right people. I came to Chicago to join a private-equity firm in 2002.

Most embarrassing career moment? When I was 22, working at Morgan Stanley, the analysts always put on a holiday play roasting the partners. I really got into spoofing the head of all capital markets. Everyone was laughing so hard, except him.

Uh-oh. Yeah. Let’s just say that after two years at the firm, I didn’t get invited to stay a third year.

CHICAGO (CBS) – It’s a special Thanksgiving morning in the loop. After two years, a Chicago tradition returns. The Chicago Thanksgiving Parade returns Thursday and will feature the traditional, large … END_OF_DOCUMENT_TOKEN_TO_BE_REPLACED