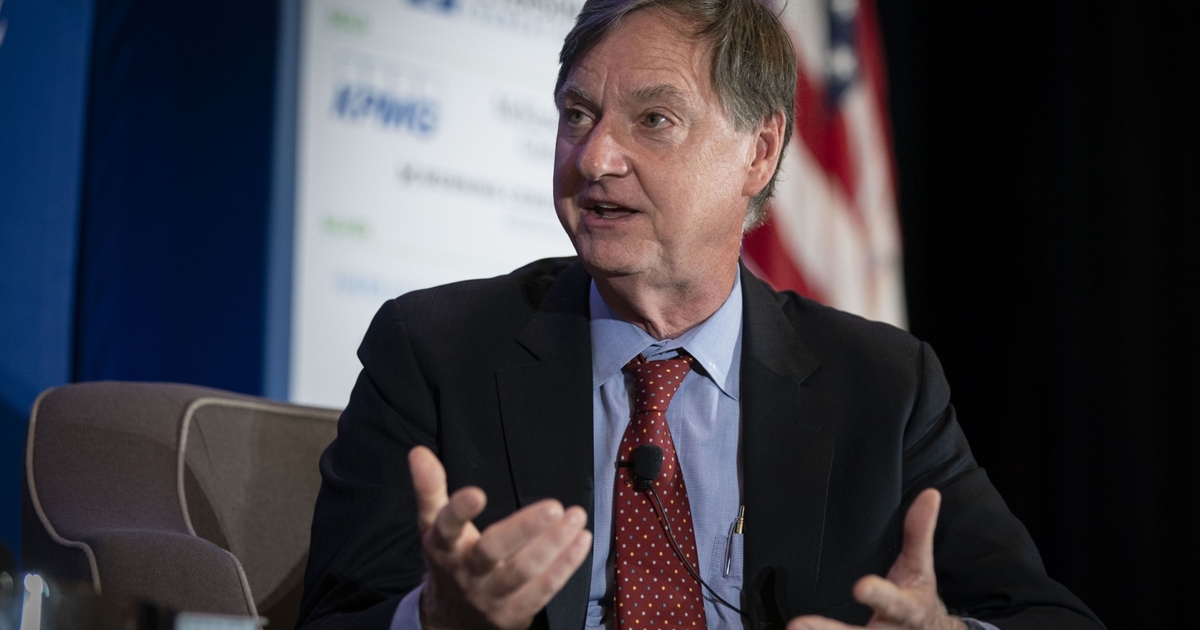 Evans, who will retire in January after 15 years helming the Chicago Fed, has through most of his tenure been among the US central bank’s most dovish policymakers.

He admitted he was slow to see the need for tighter monetary policy this year as inflation surged. But he also expressed worries that too much additional tightening in the months ahead would raise the risk of an economic downturn and cautioned that Fed officials could ultimately find themselves with inflation stuck below their 2% objective once again.

“The path to getting to 2% sooner means you’re willing to undershoot,” Evans said. “I think in that world — where we undershoot 2% inflation by a significant, meaningful amount — it might be hard to get it back up again, like it was before.”

A monthly Labor Department report due out Thursday is expected to show consumer prices rose 7.9% in the 12 months through October, leaving annual inflation near the fastest in four decades. Fed officials have for the last several months been expecting the data to show a larger moderation in price pressures, but progress in that direction has been slow.

Fed Chair Jerome Powell, in a press conference following the central bank’s Nov. 1-2 policy meeting, signaled that officials could downshift to a half-point rate hike as soon as next month, following four straight increases of three-quarters of a point. Last week’s increase brought the central bank’s benchmark federal funds rate to just under 4%, the highest level in nearly 15 years.

Powell also said the peak for interest rates could be higher than the 4.5-4.75% range that Fed officials envisioned when they last published projections in September. They will publish a new round of projections following their Dec. 13-14 meeting.

Evans warned that going much higher would raise recession risk, which would jeopardize the central bank’s employment mandate.

“I’m going to continue to be nervous that, as we go higher than that, it could be that the economy is going to face more challenges, and that that could present risks on the ‘real’ side, the full employment mandate,” the Chicago Fed chief said. “It’s a risk.”

Throughout much of the pre-pandemic economic expansion, Evans was a vocal supporter of easy monetary policy, urging his colleagues at the Fed to pay more attention to the risk that inflation would be stuck permanently below the central bank’s 2% target. At the time, he criticized “conservative central bankers” for not doing enough to address the possibility.

Advocates staged a tent city in the lobby of City Hall during Mayor Lori Lightfoot's budget address on Monday, Oct. 3, 2022, calling on Chicago to provide a dedicated stream of funding to tackle the … END_OF_DOCUMENT_TOKEN_TO_BE_REPLACED

The candidates face off Dec. 6 in the final Senate contest of the 2022 midterms because neither surpassed 50% of the vote in the general election a little more than two weeks ago, which included a … END_OF_DOCUMENT_TOKEN_TO_BE_REPLACED