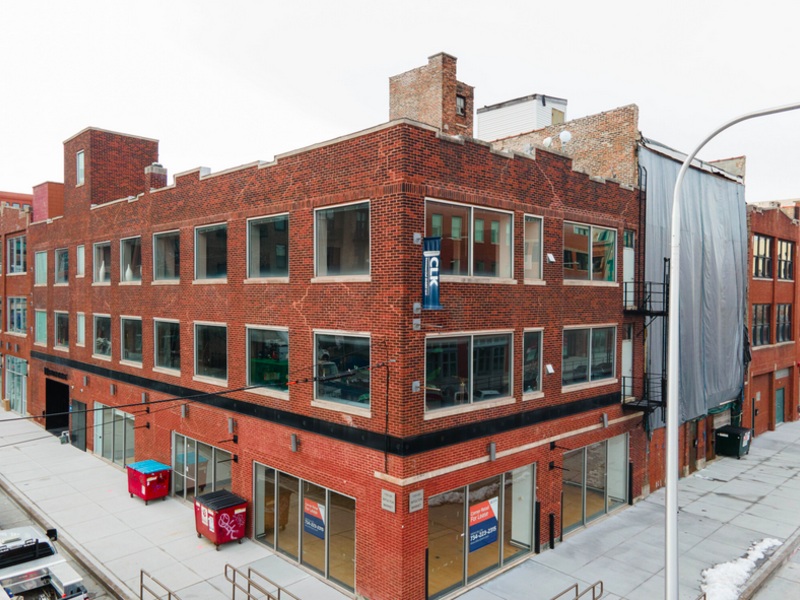 The pending acquisition pads the Fulton Market portfolio for a firm that has quickly become one of the largest stakeholders in the gritty-turned-trendy stretch of the city, which has largely defied the COVID-19 pandemic with a run of big new office leases while activity has been sluggish elsewhere downtown.

The developer earlier this month revealed plans to Crain’s for a 1.5 million-square-foot mixed-use project along the 1200 block of West Fulton with offices, lab space, apartments, a hotel and a large gym. The company recently paid about $42 million to acquire the full city block for the proposal, which would require City Council approval.

Meanwhile, Fulton Street Cos. is finishing work on a 150,000-square-foot office building at 1045 W. Fulton St., preparing to break ground on a 34-story apartment tower at 1201 W. Fulton St. and recently sold a redeveloped property at 1100 W. Fulton St. leased to furniture company Herman Miller—a deal that set a record price per square foot paid for a Chicago office building.

Now Najem is bolstering Fulton Street’s holdings in the neighborhood with four loft properties that the 36-year-old knows well. He worked at Chicago developer Cedar Street when that firm sold the buildings at Fulton and Aberdeen streets to the CLK venture in 2015.

The buildings today have a mix of small tenants and blocks of vacant space, giving Fulton Street some in-place revenue as well as an opportunity to lease up or reposition the properties with new types of uses. The largest property in the portfolio is a three-story, 31,000-square-foot building at 112 N. May St. Sydney-based Coates Group, which designs digital displays for McDonald’s drive-thru lanes, leases half of the building through November 2029, according to a flyer from SVN Chicago Commercial, which is marketing the properties for sale.

SENECA, Ill. — 15 people were injured in a boat fire in Seneca on Saturday afternoon, with one person suffering serious injuries, police said. According to Illinois State Police, troopers responded … END_OF_DOCUMENT_TOKEN_TO_BE_REPLACED

Vallas was CEO of Chicago Public Schools from 1995 to 2001 and served as city budget director under former Mayor Richard M. Daley. More recently, he worked as an unpaid consultant to the Fraternal … END_OF_DOCUMENT_TOKEN_TO_BE_REPLACED

As we continue our look at the candidates running for office this summer, we’re turning our eye toward Illinois’ 2nd Congressional District, where incumbent Rep. Robin Kelly is hoping to be elected to … END_OF_DOCUMENT_TOKEN_TO_BE_REPLACED