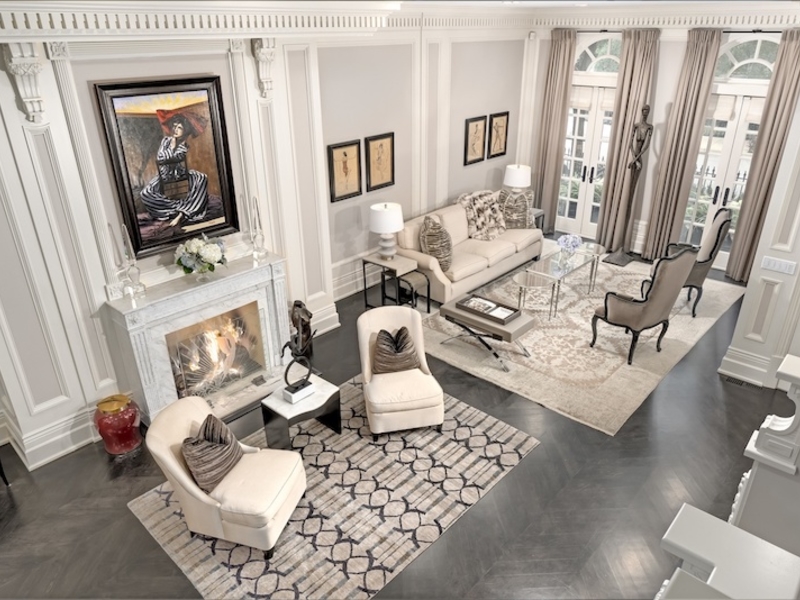 On Aug. 30, an extensively rehabbed historical mansion on Division Street in the Gold Coast sold for $4 million. It’s the 51st home in Chicago and the suburbs to sell for $4 million or more so far in 2021.

In four of the six years that Crain’s has been keeping a tally of $4 million-plus sales, the 50th property has sold in December. One year the 50th sale was in mid-November, and in one year it was October. That was 2018, which turned out to be a record year, with 73 homes sold at $4 million or more.

Right now, October is weeks away. If the market keeps up its current pace, 2021’s sales total will surpass 2018 by at least 4 sales.

Leading the growth is sales of downtown properties: So far this year, there have been 19 sales at $4 million or more in the area between North Avenue and Randolph Street, compared with 11 in all of 2020. Thanks to that year’s widespread pandemic-related shutdowns and spasms of social unrest, the upper-end market showed a pronounced shift toward suburban buying.

“There was a lot of pent-up demand then,” said Susan Miner, an agent with Premier Relocation who has represented buyer or seller in several of the big transactions, most recently the buyers who paid nearly $5.73 million for a condominium at the No. 9 Walton tower.

“Now,” Miner said, “you’re seeing sailboats on the lake, people sitting outside at restaurants, concerts and sports again. People want to be part of that again.”

The rush of big-dollar purchases doesn’t necessarily mean that sellers are walking away with big proceeds.

The seller of the Division Street mansion, Bob Loquercio, told Crain’s in 2019 that he had invested at least $5.5 million in purchasing and rehabbing the early-1900s home. That’s $1.5 million more than a buyer paid him for the house this week.

CHICAGO — The City Council on Monday delayed a vote on Mayor Lightfoot’s curfew change — but a group of young residents are urging members to vote no. The young adults are part of the racial … END_OF_DOCUMENT_TOKEN_TO_BE_REPLACED

The fire at the former Pheasant Run Resort, 4051 E. Main St., broke out Saturday afternoon, sending huge plumes of smoke into the sky surrounding the closed resort and drawing dozens of onlookers who … END_OF_DOCUMENT_TOKEN_TO_BE_REPLACED

As the 2022 political season gets into full swing, one of the most intriguing candidates for elected office is Herschel Walker. The star running back with the University of Georgia and Dallas Cowboys … END_OF_DOCUMENT_TOKEN_TO_BE_REPLACED