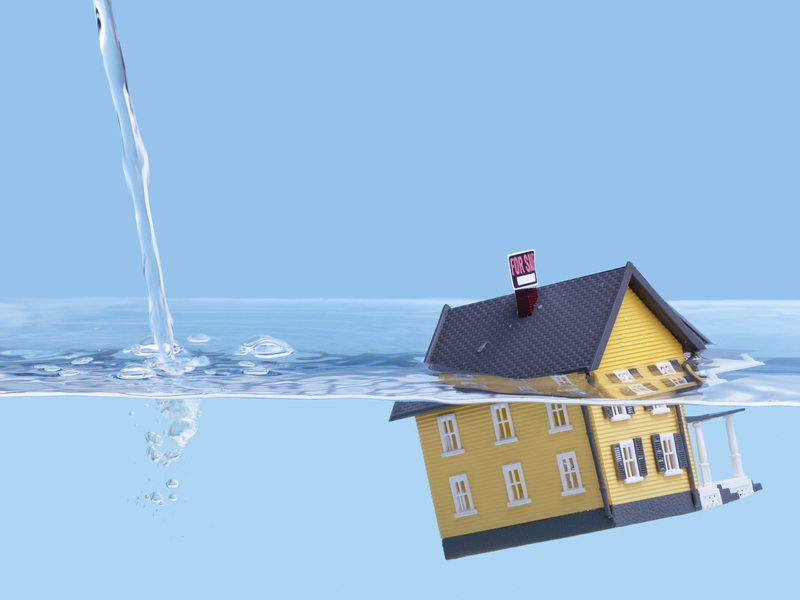 There are two key factors. One is that Chicago headed into the housing boom with a lower home equity portfolio than any other big city, after years of slow recovery from the early 2000s housing crash. The other is a shallower boom than many other cities experienced this year.

Together, the two left Chicago homeowners with smaller overall gains in household wealth from the boom than those in other big U.S. cities.

About 6.4% of Chicago-area homeowners with a mortgage were seriously underwater at the end of the third quarter of the year, meaning they owed at least 25 percent more than the home was worth on the market.

It’s nearly twice the nationwide figure: 3.4% of U.S. homeowners with a mortgage were seriously underwater, according to the report.

It’s also the highest rate among the 10 biggest U.S. cities. The next-highest rate in a big city is in Philadelphia, where 3.4% of homeowners were underwater, a full three percentage points below Chicago.

Nevertheless, the water is receding in Chicago, if slowly. “Chicago is slowly creeping out from underwater,” Jennifer von Pohlmann, Attom’s director of content, wrote in an email to Crain’s.

In the Chicago area, 23.4% of homeowners with a mortgage were equity rich at the end of the third quarter, according to Attom. That’s compared to 39.5% nationally.

Among the 10 largest metro areas, Chicago has the smallest proportion of equity-rich homeowners.

That’s not to say the boom wasn’t good for Chicagoans’ household wealth. The third quarter of 2020 ended with 17.1% of us equity rich, and a year later, 23.4% were equity rich. That gain of about six percentage points translates to over 42,200 homeowners gaining majority ownership of their equity in the course of a year.

In the same period, Phoenix, the fastest-rising housing market in the country during the boom, went from 30.2% equity rich to 55.7%, a change of more than 25 percentage points. That translates into more than a quarter of a million households who gained majority ownership of their home equity in the course of a year.

While the growth was far slower in Chicago, von Pohlmann suggested that homeowners here can take heart in the fact that “Chicago continues to pump in equity year after year, quarter after quarter.”

President Joe Biden speaks as he announces that he is nominating Jerome Powell for a second four-year term as Federal Reserve chair, during an event in the South Court Auditorium on the White House … END_OF_DOCUMENT_TOKEN_TO_BE_REPLACED

Research has shown that women are most likely to shop for milk substitutes, and so the all-women Planting Hope, which counted food industry financier Larry Levy and other men as early investors, is no … END_OF_DOCUMENT_TOKEN_TO_BE_REPLACED