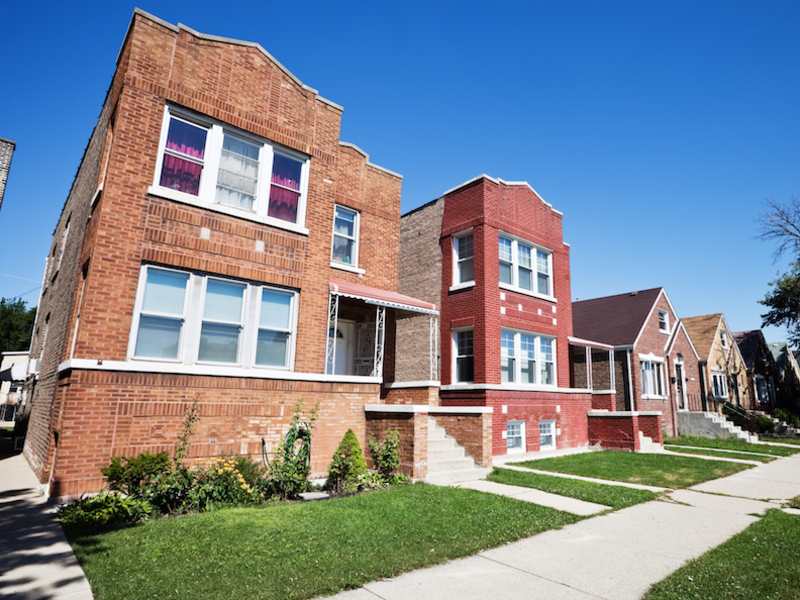 Banks that are or want to be city depositories, managing some of Chicago’s funds, would be required to publish extensive data on their patterns of lending both purchase and home equity loans within the city, including financing terms and down payment sizes as they vary in different census tracts, and tallies of mortgage refusals broken down by race and gender.

“It’s important to know if the dollars are going into the neighborhoods that need it if we’re going to partner with” these banks, said Ald. Harry Osterman, 48th, chairman of the City Council’s housing and real estate committee. He is one of nine aldermen sponsoring the proposal, which was sent to the finance committee.

Because banks are federally regulated, changes in their lending policies cannot be legislated at the city level, but Osterman said he believes “transparency works.” If city officials and housing groups have access to data on where banks are lending, “that tells us a lot,” he said.

A banking professionals group counters that the ordinance, if adopted, could discourage some banks from working with the city because of the added reporting requirement.

“The process for becoming an approved depository with the city is already a burdensome process, with banks submitting extensive information on their lending activity and community activity in the Chicago area,” Randy Hultgren, president and CEO of the Illinois Bankers Association, said in a prepared statement. “This ordinance would pile on even more requirements, discouraging local banks from applying to become depositories, particularly at smaller institutions with limited resources. Ultimately, this will result in fewer choices for taxpayers to invest city dollars.”

Hultgren said the banking industry is working to address racial lending disparities that have been spotlighted in recent years. Among other initiatives is JPMorgan Chase’s recent announcement that it will invest $150 million on Chicago’s South and West sides.

The lending equity ordinance is supported by The Metropolitan Planning Council, the Woodstock Institute, Neighborhood Housing Services of Chicago and others among the 20 member groups in the Housing Policy Task Force.

Osterman said the ordinance grew out of a June 2020 report by radio station WBEZ and the nonprofit newsroom City Bureau. It found that for every dollar banks lend in the city’s white neighborhoods, they lend 13 cents in Latino neighborhoods and 12 in Black neighborhoods.

The news agencies reported that they found “gaping disparities in the amount of money lent in Chicago’s white neighborhoods compared to Black and Latino areas, a pattern that locks residents out of home ownership, deprives communities of desperately needed capital investment and threatens to exacerbate racial inequities between neighborhoods.”

In January, the housing and real estate committee invited 10 big banks to a hearing on lending disparities in Chicago neighborhoods, but only one, Guaranteed Rate, agreed to come. The no-shows “inspired this effort at transparency,” the new lending equity ordinance, Osterman said.

Both Osterman and Sarah Brune, director of public policy at Neighborhood Housing Services of Chicago, said the ordinance would not impose new standards on banks. It would require only publication of the data and at least one joint public meeting each year of the council’s finance and housing and real estate committees, to discuss findings in the data.

Osterman said he does not envision the data resulting in any sort of scorecard or ranking of banks according to their lending records in Black and Latino neighborhoods.

Publication of banks’ lending data, Brune said, “is critical to help us understand where they stand as far as racial equity in their lending.”

Osterman said a timeline for adoption of the ordinance is yet set.

WAUCONDA, Ill. (AP) — A bison that escaped a suburban Chicago farm last September and had been living in the wild since was recaptured Wednesday, officials said. The 1,300-pound bison some had come … END_OF_DOCUMENT_TOKEN_TO_BE_REPLACED

With suburban home value growth surpassing that of urban homes, the most popular areas appear to be outside the city. According to Zillow, all 10 of its current top markets are located roughly 30 … END_OF_DOCUMENT_TOKEN_TO_BE_REPLACED

The measure passed 30-19. After the first meeting adjourned, the City Council briefly met for a second time during a special meeting called for by 30 aldermen to grill city leaders about Chicago’s … END_OF_DOCUMENT_TOKEN_TO_BE_REPLACED