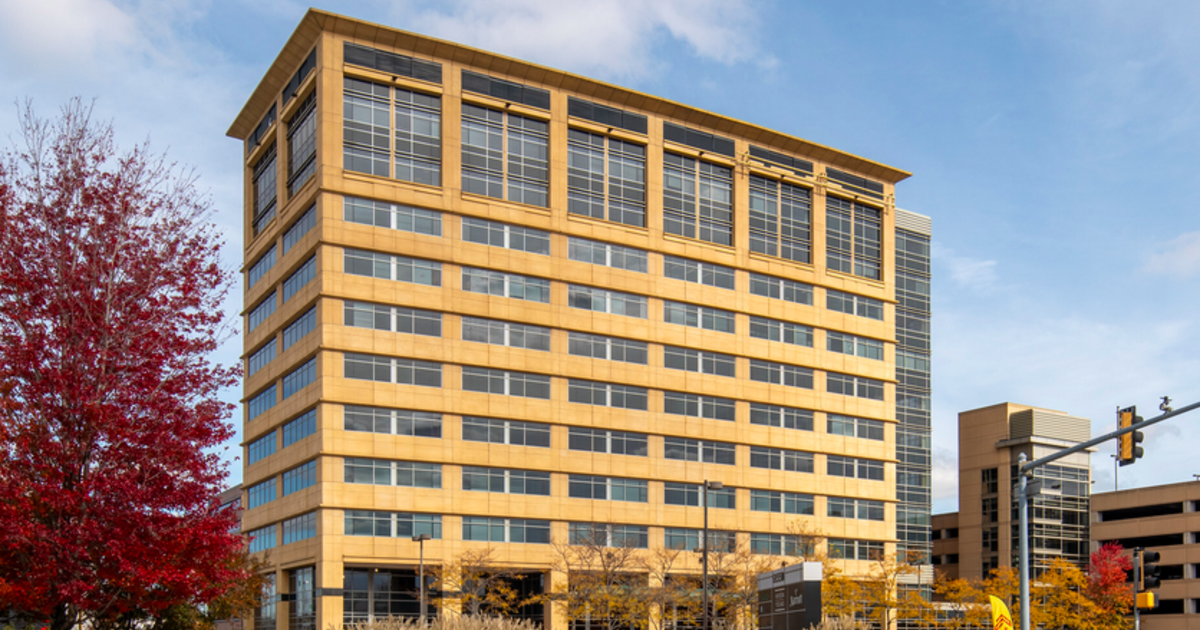 If the deal is completed, it would mark BA’s fourth Chicago suburban office purchase in the past two years, a wager that few real estate investors have made while remote work has weakened office demand and driven suburban office vacancy to a record high. The firm, which is led by Chicago investors Larry Elbaum and Jeff Bernstein, paid more that $80 million combined since September 2020 for office properties in Downers Grove, Deerfield and Northbrook.

The Rosemont deal comes despite rising interest rates, which have made the cost of capital yet another challenge for buyers. BA is buying an 11-story building that has been home to a series of big bank tenants, but is now one-third vacant. That’s more than the 22% average vacancy among office buildings in the O’Hare submarket.

The firm is betting it will be able to lease up the available space in the 21-year-old building, which includes a pair of vacant contiguous floors totaling 52,000 square feet, according to a flyer from Cushman & Wakefield, the brokerage that marketed the property on behalf of New York-based Blackstone.

A BA spokesman declined to comment and a spokesman for Blackstone did not respond to a request for comment.

The lease-up challenge looks daunting with office buildings in the Chicago suburbs collectively losing almost 2.9 million square feet of tenants since the beginning of 2020, mostly a product of companies cutting back on space as they embrace remote work. Landlords have had to shell out unprecedented levels of concessions like cash out build out space in order to entice companies to sign long-term leases.

But there have been recent signs of recovery, with office move-ins outpacing move-outs in the suburbs during the second quarter for the first time since 2019, according to data from brokerage Jones Lang LaSalle. Also working in BA’s favor: Top-tier quality, or Class A, buildings like Pointe O’Hare have won the lion’s share of leasing activity as companies have sought space that will help compel employees to show up rather than work from home.

Since acquiring Pointe O’Hare in 2015 as part of a $3.3 billion portfolio acquisition from GE Capital Real Estate, Blackstone has invested $8.5 million in the building on things like move-in ready office suites and updates to the property’s fitness center, conference center and 988-stall parking garage.

Blackstone has also backfilled part of a big vacancy left behind by Fifth Third Bank, which picked up four floors in the building as part of its acquisition of MB Financial in 2019. MB had taken over that office block before that through its 2014 acquisition of Cole Taylor Bank.

The building’s largest tenant is an arm of the Air Line Pilots Association that represents United Airlines pilots. More than two-thirds of the property’s 18 tenants are from the financial, insurance and real estate services sectors, according to the Cushman flyer.

A venture led by Elbaum and Bernstein, who are co-founders of brokerage Bradford Allen Realty Services, paid close to $23 million last year for the Edens Corporate Center at 630-650 Dundee Rd. in Northbrook. Those followed late 2020 purchases of the office building at 570 Lake Cook Rd. in Deerfield for $16 million and the nine-story Finley Point office building in Downers Grove for $44 million.