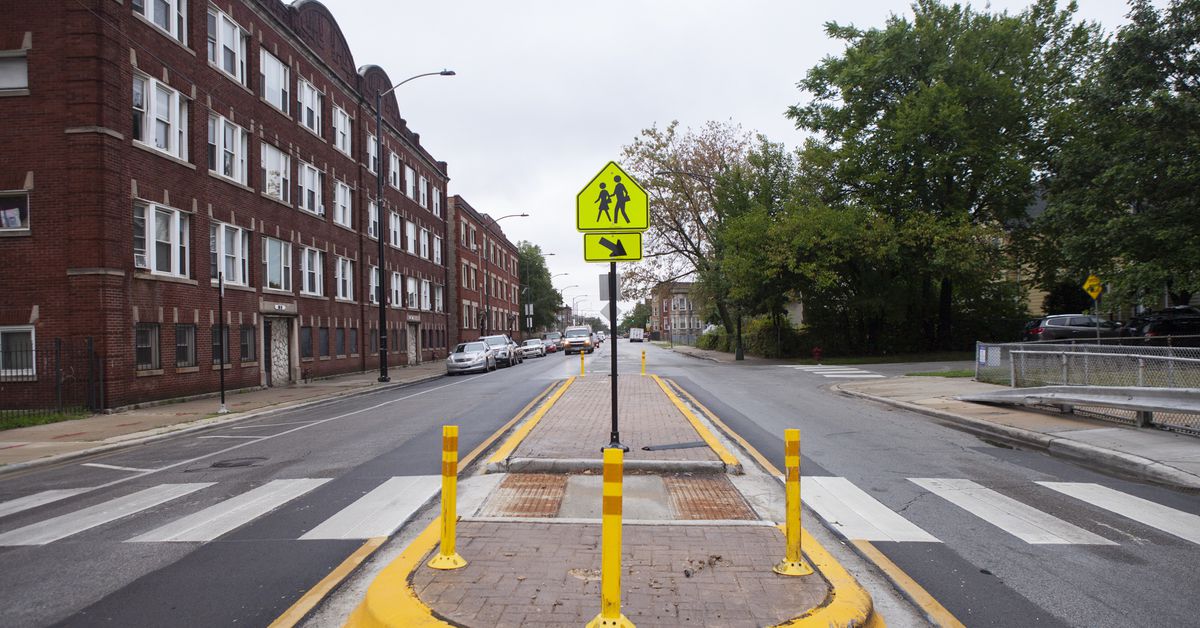 Chicago Public Schools says it plans to dismantle its largest turnaround school network, the Academy for Urban School Leadership, and absorb its 31 schools back into the district over the next three years.

The school district said Wednesday it will continue a separate agreement with the nonprofit for a teacher residency and training program that helps prepare new college graduates and career changers for jobs in public schools. That program dates back to the early 2000s.

Chicago Public Schools cited “sustained progress” as the reason for its proposal to return the schools to district management — a decision that must now go before the city’s school board.

The district confirmed the news after the Chicago Principals & Administrators Association held a Wednesday morning press conference where the group aired grievances about the treatment of principals and said a managing director at the nonprofit is under investigation.

The school district Wednesday confirmed that the executive, Jarvis Sanford, is under investigation, but did not characterize the nature of the allegations. A spokesman said the district takes all accusations of wrongdoing and inappropriate behavior “seriously” but referred additional questions to the office of Inspector General William Fletcher.

Fletcher declined comment. On Wednesday afternoon, Chris Childers, marketing director at the Academy for Urban School Leadership, referred questions about Sanford and the investigation to the school district and said the organization was reviewing its partnership with Chicago Public Schools. Sanford could not be reached.

Tapped in 2006 to steer improvements at some of the city’s lowest-performing schools, the nonprofit Academy for Urban School Leadership manages 31 schools that together enrolled 14,745 students this school year, mostly on the city’s South and West sides. The contractor oversees a yearlong teacher residency program that prepares educators to work with high-need students. In the past five years, enrollment across its schools has declined 12% compared to the district’s 10% drop, while year-to-year academic growth on standardized tests has shown some schools steadily improving and others struggling.

Chicago Public Schools said it will not close the schools, but rather transition them back to district oversight starting next school year. It will start with schools in “good standing,” a spokesperson said Wednesday. In Chicago, schools that receive the highest school ratings — that of a 1-plus, 1, or 2 — are typically in good standing and have the most autonomy.

Of the network’s 31 schools, 20 campuses — or 65% — were in good standing last school year, according to district records, but the remaining 11 were flagged for remediation or probation under the rating system, which can mean anything from additional oversight to the removal of a principal or members of the faculty, even closure in some rare cases.

Just as with district schools, Chicago Public Schools budgets for AUSL schools on a per-student basis. Until 2019, it also spent between $2 million and $5 million more on administrators to oversee the network. Beginning that year, the AUSL expenses paid for by the district became solely about the teacher residency program, not management costs.

According to budget documents, the district has spent $6.9 million on teacher training and recruitment with the group since 2016. That five-year contract is set to expire next month.

The Academy for School Leadership was founded by Martin Koldyke. Former Chicago schools chief Arne Duncan, who later served as U.S. Secretary of Education under President Barack Obama, served as an adviser and cheerleader.

“AUSL has been a critical partner in helping schools and communities in need of additional support, which has led to years of consistent, stable, and improved academic experiences for thousands of CPS students,” said Chicago Public Schools spokesman James Gherardi Wednesday in a written statement.

Chicago Public Schools will launch a community engagement process with parents, students, and educators as it develops the plan to return those schools to district oversight.

The city’s school board will vote on the decision at a board meeting later this month.

Updated: This story was updated to include more recent budget figures for district contracts with AUSL.

Cook County this week has 51 cases per 100,000 people, up 78 percent from the prior 7-day period, CDC data shows. Under the federal agency’s recommendation, areas of substantial transmission are those … END_OF_DOCUMENT_TOKEN_TO_BE_REPLACED

Origin launched its first QOZ fund in 2018 and has committed $100 million of the $265 million it raised to five apartment projects, including one recently completed in Pilsen. Origin plans to use the … END_OF_DOCUMENT_TOKEN_TO_BE_REPLACED