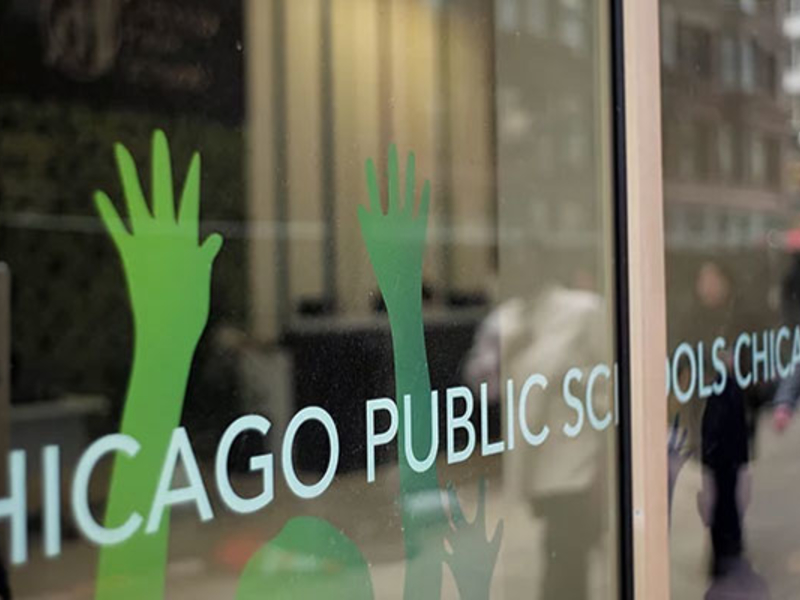 Bloomberg reported today that Gov. J.B. Pritzker had asked the Biden administration for additional tests to help resolve the dispute, and the blog Capitol Fax followed up by reporting the governor had directly offered SHIELD tests, vaccination clinics and masks for the past several weeks but the city had not taken up the state on the offers.

In a late Friday statement, CPS said it had considered the saliva test developed at the University of Illinois—which involve spitting into tubes—but felt nasal swabs were more appropriate for students, including the youngest and those with developmental challenges. Saliva tests also require children do not eat, drink or have anything in their mouths for an hour before the test is completed to get a valid result—including toothpaste, gum, mouthwash, or the free breakfasts that many CPS students begin their day with at the district.

Beyond that, “CPS does not participate in the state’s Illinois Shield Program for K-12 schools because it directly receives federal funds through CDPH for its testing program. The remainder of the state, on the other hand, receives federal funds through the Illinois Department of Public Health, which then provided the free and reduced SHIELD testing to school districts outside Chicago,” the spokesperson said. “We would welcome any additional testing resources.”

After a competitive request for proposals in June, CPS awarded a testing contract to Thermo Fisher Scientific.

But aside from issues with the district’s post-holiday testing—in which only roughly 35,000 of 150,000 take-home tests were returned and 25,000 were ruled invalid because of shipping issues and weather—Chalkbeat Chicago has also reported both testing and vaccinations vary widely by school.

“CPS is currently in negotiations to strengthen its testing program with CTU leadership,” the spokesperson’s statement continued. “We do not support an opt-out program because we believe it is vital to get explicit parental consent for any medical test, whether we are asking children to swab their nostrils or provide a saliva sample.”

The two sides ended Friday without a deal in place, and some schools have already alerted families that classes will be canceled Monday. In a brief statement, the district said it’s committed to working toward an agreement with the union throughout the weekend in the hopes of bringing students back Monday.

“Bargaining sessions continued today and went into the evening. The sessions remain productive but must be concluded this weekend,” a statement from Mayor Lori Lightfoot and CPS CEO Pedro Martinez said.

City officials say they, too, are dissatisfied with the amount of testing at the district—which has averaged around 35,000 to 40,000 per week—but that there is also a national shortage of tests.

A SHIELD spokesperson told the Sun-Times they have available lab capacity and supplies and have kept up with demand at 1,600 schools across the state, but they declined to say how much it would cost CPS to buy their tests on top of what they’re paying Thermo Fisher.

Here is a new way you can watch local news, 24 hours a day, seven days a week – for free!  NBC 5 has launched NBC Chicago News on Peacock. Here, you will see around-the-clock local news coverage. … END_OF_DOCUMENT_TOKEN_TO_BE_REPLACED

Proper Rate, the joint venture by Guaranteed Rate and @properties, has named Rich Honquest as a new vice president of mortgage lending. In the position, Honquest will be originating loans in the … END_OF_DOCUMENT_TOKEN_TO_BE_REPLACED

Tuition for out-of-state and international freshmen will increase by 2.5% in Urbana-Champaign, 1.8% in Chicago and 1.5% in Springfield. Tuition at U of I was previously frozen from 2015-2019 and in … END_OF_DOCUMENT_TOKEN_TO_BE_REPLACED