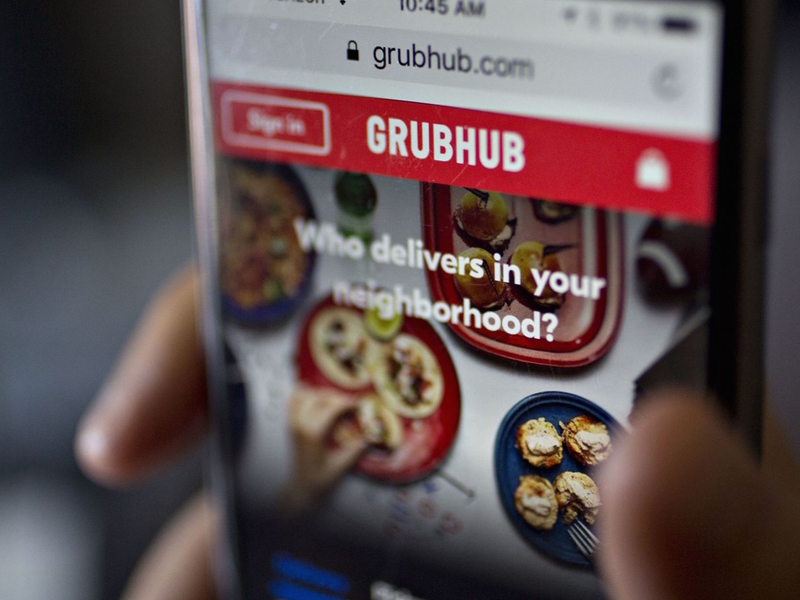 Among the charges: that both companies offer deliveries from restaurants without their consent, mislead customers about various fees at the outset and inflate menu prices well above what restaurants charge in person.

It’s a surprising about-face from March 2020, when Lightfoot joined Grubhub officials at a news conference, applauding a temporary suspension of commission payments due from restaurants. This June, the city also publicized a $50 Grubhub gift card promotion to encourage Chicagoans to get vaccinated at home. More recently, the city has also split from others like San Francisco and New York, which made caps on the fees apps can charge permanent. Though some aldermen wanted Chicago’s 15% cap on fees to be made permanent, City Council extended them only through December.

“We are deeply disappointed by Mayor Lightfoot’s decision to file this baseless lawsuit,” Grubhub spokesman Grant Klinzman said in an emailed statement. “Every single allegation is categorically wrong and we will aggressively defend our business practices. We look forward to responding in court and are confident we will prevail.”

DoorDash described the suit against it as “baseless.”

“It is a waste of taxpayer resources, and Chicagoans should be outraged. DoorDash has stood with the City of Chicago throughout the pandemic, waiving fees for restaurants, providing $500,000 in direct grants, creating strong earning opportunities, and delivering food and other necessities to communities in need. This lawsuit will cost taxpayers and deliver nothing.”

The complaints were filed today in Cook County.

“These practices continued unabated during the pandemic when restaurants were struggling to survive,” Acting Business Affairs and Consumer Protection Commissioner Kenneth Meyer said in a press release. “We heard from the hospitality industry and Chicago’s consumers about these unfair practices and this action demonstrates we will hold noncomplying businesses accountable.”

In a statement, Illinois Restaurant Association CEO Sam Toia said he has long advocated “that any third party delivering restaurants’ food—or using their names, logos and menus—without consent is a serious issue for the industry. We appreciate the city of Chicago taking action to help restaurants protect their brands and businesses. Hopefully, this step will lead to all parties coming together to find a permanent resolution with guardrails in place moving forward.”

Both Grubhub and DoorDash, the city alleges, “advertise order and delivery services from unaffiliated restaurants without their consent, leaving restaurants to repair reputational damage and resolve consumer complaints” caused by both companies, the release said. They also “lure customers into a bait-and-switch” with small upfront delivery fees at the beginning of the transaction, and then additional “misleading fees” at the end, according to the release, which said, “This increases the total cost of delivery by as much as six times the amount initially advertised.” Both companies also “hide that menu prices on their platforms are often significantly higher” than if customers ordered straight from the restaurant, the city said.

“It is deeply concerning and unfortunate that these companies broke the law” during the pandemic especially, Mayor Lori Lightfoot said in the release. It amounts to taking “advantage of restaurants and consumers who were struggling to stay afloat.”

The individual case against Grubhub alleges the company violated the city’s emergency 15% cap on restaurant commissions during the pandemic and in addition created “impostor websites” for restaurants that routed unsuspecting customers to Grubhub instead, the city said. The city added that the suit also stated that the company’s campaigns to “save restaurants” during the pandemic simultaneously forced mom and pop businesses to “extend their contracts, cover the cost of promotions, and pay Grubhub full commissions on all orders.”

DoorDash, the suit against the company alleges, imposed a misleading $1.50 Chicago fee on every order that implied the charge was required by or paid to the city, when “in fact DoorDash was the sole beneficiary.” The company also misled customers into thinking they were tipping delivery drivers, when in fact the tip subsidized “DoorDash’s own payment to its drivers,” the city said in its release.

A representative for Vistria declined to comment. Founded in 2013 and led by Marty Nesbitt and Kip Kirkpatrick, Vistria manages more than $8 billion in assets and invests across health care, education … END_OF_DOCUMENT_TOKEN_TO_BE_REPLACED