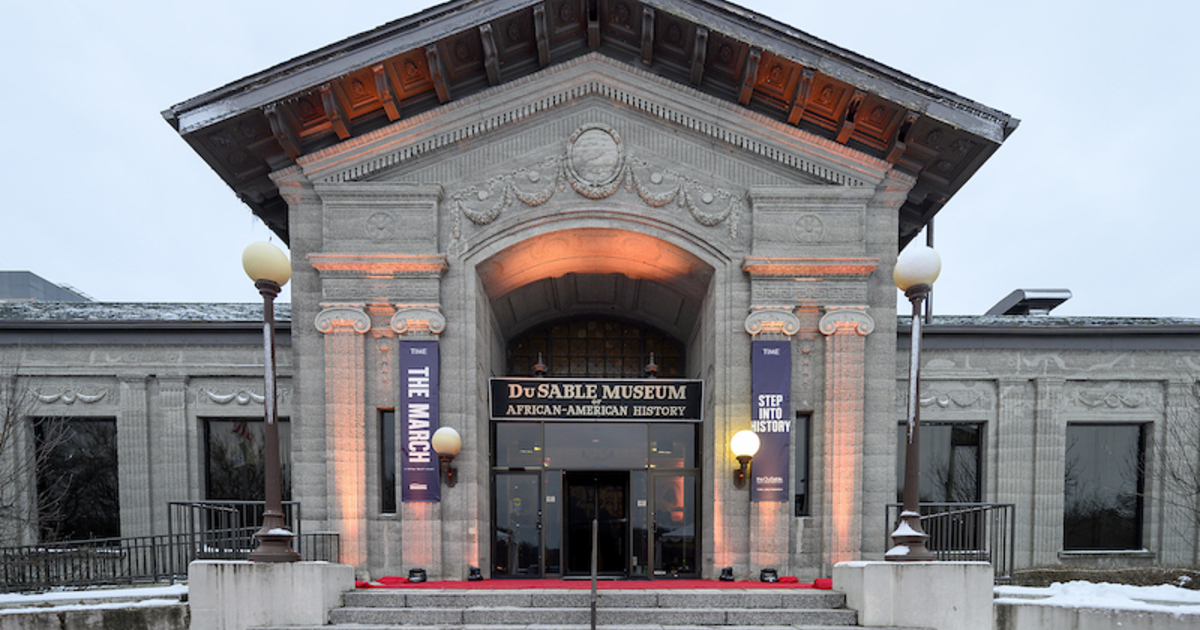 “While The DuSable is an iconic and historical institution, we’re also constantly evolving to reach new audiences here at home and across the world,” Perri Irmer, the museum’s president and CEO, said in a statement. “Our new name and new visual identity further reinforce our founder’s commitment to preserve and promote Black history, art and culture, and to educate and inform our visitors, especially during these challenging times.”

Founded in 1961 in the South Side home of artist, writer and educator Margaret Taylor Burroughs, the museum bills itself as “the nation’s first independent museum dedicated to the collection, preservation and study of the history and culture of Africans Americans and people of African descent.”

At its founding, it was called the Ebony Museum of Negro History & Art. The museum is now located in Washington Park, west of Hyde Park.

The new branding includes a revamped website at dusablemuseum.org. It features a blue, white and brown logo and an emphasis on the nickname, “The Du,” as in the action verb.

Chicago Shooting News Live: A gunman on a rooftop opened fire on an Independence Day parade in suburban Chicago on Monday, killing at least six people, wounding at least 30 and sending hundreds of … END_OF_DOCUMENT_TOKEN_TO_BE_REPLACED

The real estate industry is beyond crowded — it seems like agents are popping up everywhere and taking aim at your clients. So, how can you cut through all that noise to stand out? You’ve got to … END_OF_DOCUMENT_TOKEN_TO_BE_REPLACED

Chicago Mayor Lori Lightfoot confirmed to the New York Times that the Chicago Police Department is assisting in the response and investigation.  “Law enforcement is working hard to bring the shooter … END_OF_DOCUMENT_TOKEN_TO_BE_REPLACED