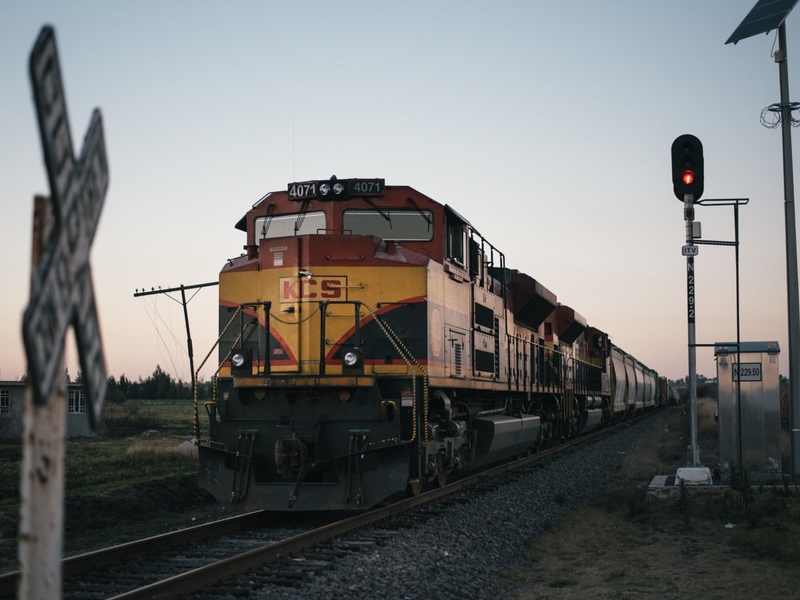 “We are delighted that KCS has deemed CN’s binding proposal superior, recognizing the many compelling benefits of our combination and expressing confidence in CN’s ability to obtain the necessary approvals and successfully close the transaction,” Canadian National Chief Executive Officer Jean-Jacques Ruest said in a separate statement.

Kansas City Southern has notified Canadian Pacific that it intends to terminate their merger accord and choose Canadian National, which would gain control of a sprawling network crossing three countries. In the takeover fight between two longtime rivals, Ruest is attempting to seize a prize long sought by Canadian Pacific CEO Keith Creel, who once served alongside him as Canadian National’s chief operating officer.

Canadian Pacific said in a statement it will respond to Kansas City Southern within the allotted time, called Canadian National’s bid “anti-competitive,” and reiterated it is “not going to enter into a bidding war.”

The deal, which includes assumption of $3.8 billion in debt, keeps the cash part of the offer at $200 a share for Kansas City Southern investors while boosting the stock portion to 1.129 Canadian National shares from 1.059. Canadian Pacific had offered about $29 billion in enterprise value.

The decision presents Creel with the choice of increasing his offer, or walking away and pocketing a $700 million breakup fee under the terms of the agreement that Kansas City Southern accepted in March. Creel has said that his company couldn’t win a bidding war with its larger Canadian competitor. Kansas City Southern can accept Canadian National’s offer any time until 5 p.m. Eastern time on May 21.

Harmon finally adjourned the Senate with the prediction that a bill ultimately would pass. Environmental advocates and union representatives would meet "as soon as tonight" to continue to try to hash … END_OF_DOCUMENT_TOKEN_TO_BE_REPLACED

Who ever thought that we could transition so quickly from high to low inventory? Of course, there are still houses for sale. For instance, Winnetka currently has 46 listed homes, some of which … END_OF_DOCUMENT_TOKEN_TO_BE_REPLACED