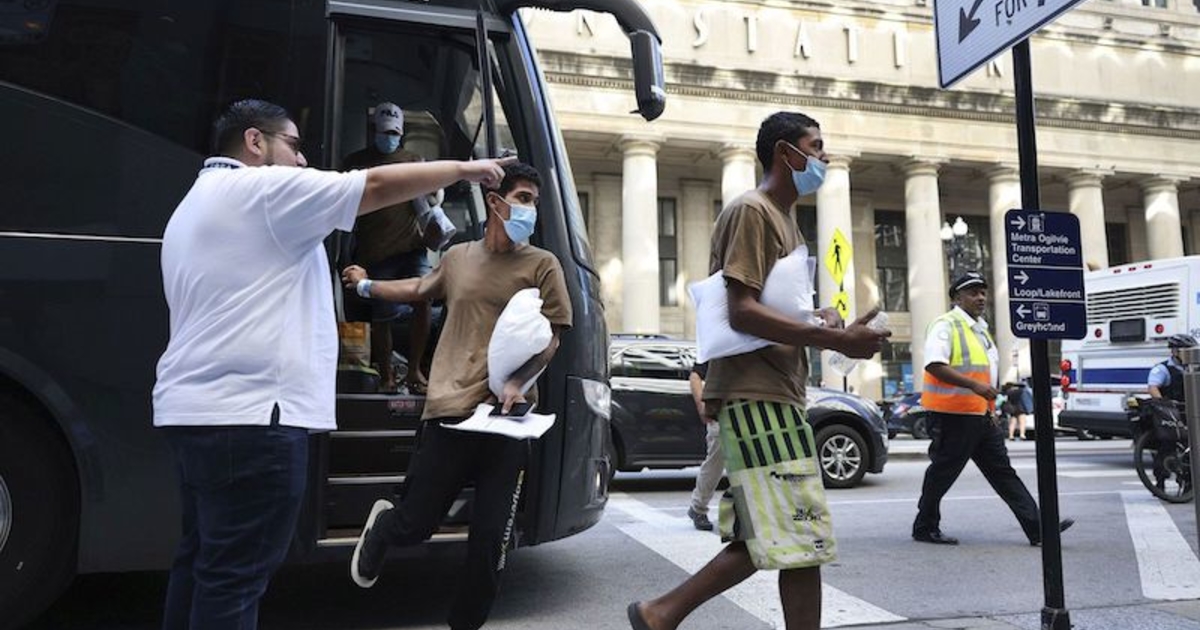 “It started out with one or two buses a day, it’s now five or six,” she said at the Union League Club of Chicago on Thursday. “We need the help of the federal government to meet this challenge.”

Cook County is providing health screenings, inoculations and medicines to the migrants, with the healthcare system currently managing with its own resources, she said. Preckwinkle didn’t provide an estimate of the cost, but said it’s “not an inconsiderable number” and that it wasn’t accounted for in the budget.

Texas has sent more than 10,000 asylum seekers to Democratic cities since the beginning of the year, first to New York City and Washington DC. Chicago got its first buses on Aug. 31.

Abbott blames President Joe Biden’s administration for the surge in crossings and chaos along the Texas border. The out-of-state busings, a strategy that Florida has also used, have been slammed by Democrats and human rights organizations.

“This is a cynical, disgraceful tactic by our fellow Americans in Texas and Florida,” Preckwinkle said. “I just wish the elected officials of Texas and Florida would be approaching the Biden administration to try to work through some of these challenges rather than putting people on buses to come here. But we are a welcoming city and a welcoming county and we will do our best to serve the folks who come to us.”

Preckwinkle also said her county has received more than 160,000 applications for its guaranteed-income pilot program that will benefit 3,250 households with monthly payments of $500 for two years. More residents are likely to apply before the closing deadline of Oct. 21, she said.

Illinois’s largest county has pledged $42 million for the program that’s funded by Biden’s American Rescue Plan Act. Preckwinkle plans to keep the program running even after federal dollars run out.

“We’ve dedicated our cannabis revenues, and we’re looking for other revenues that we can dedicate to meet that guaranteed income program,” she said.

Advocates staged a tent city in the lobby of City Hall during Mayor Lori Lightfoot's budget address on Monday, Oct. 3, 2022, calling on Chicago to provide a dedicated stream of funding to tackle the … END_OF_DOCUMENT_TOKEN_TO_BE_REPLACED

The candidates face off Dec. 6 in the final Senate contest of the 2022 midterms because neither surpassed 50% of the vote in the general election a little more than two weeks ago, which included a … END_OF_DOCUMENT_TOKEN_TO_BE_REPLACED