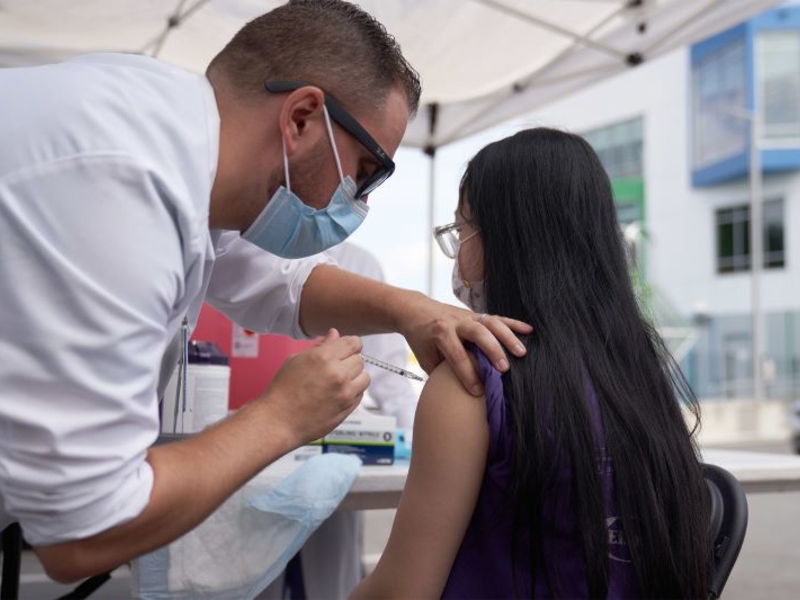 The urgency for vaccinations and boosters has been flagging amid reports that omicron causes milder disease than earlier variants. Yet many hospitals remain overwhelmed by the sheer numbers of omicron-infected patients, making prevention a key part of the battle against the coronavirus.

Booster doses have been controversial, as many low- and middle-income countries have been unable to secure even first shots for their populations. Covax, the World Health Organization-backed program to distribute doses equitably around the globe, recently reached the milestone of delivering 1 billion doses, while more than 500 million have been administered in the U.S. alone. The WHO hasn’t endorsed the use of boosters, except for vulnerable populations, such as the sick and elderly.

About 63% of the U.S. population is fully vaccinated, and just 24% have received a booster dose, according to Bloomberg’s vaccine tracker. That compares with 49% boosted in Germany and 55% in the U.K.

The hospitalization study, published in CDC’s Morbidity and Mortality Weekly Report, analyzed more than 300,000 visits for Covid-like illness in emergency departments, urgent care clinics, and hospitalizations in 10 states between August and January. Boosters reduced hospitalization risk by 94% in the delta era, and by 90% after omicron’s rise.

In the other study published by CDC, unvaccinated people had 53 times greater risk of death from Covid during October and November compared with those who were vaccinated and boosted. The increase in risk for the unvaccinated fell to 13 times during the rise of omicron, which has shown ability to evade the protection offered by vaccines.

Boosters were further supported by a third study that found the extra doses provide significant protection against symptomatic Covid caused by both delta and omicron. People who received a third dose were less likely to seek care for symptomatic infections than those who received just two or none, according to the study in the JAMA medical journal.

Health officials have been looking for other ways to limit the spread of omicron, such as encouraging wider use of medical-grade face masks that had been earmarked for health workers. The highly transmissible variant was first detected late last year in South Africa and Botswana and quickly spread around the world in a matter of weeks.

The variant was first confirmed in a U.S. patient Dec. 1, but genetic evidence from wastewater indicates it began spreading in the country days to weeks earlier.

Gov. J.B. Pritzker on Wednesday signed into law legislation that bans so-called "ghost guns" across Illinois, making it the first Midwest state to do so. House Bill 4383 aims to crack down on "ghost … END_OF_DOCUMENT_TOKEN_TO_BE_REPLACED