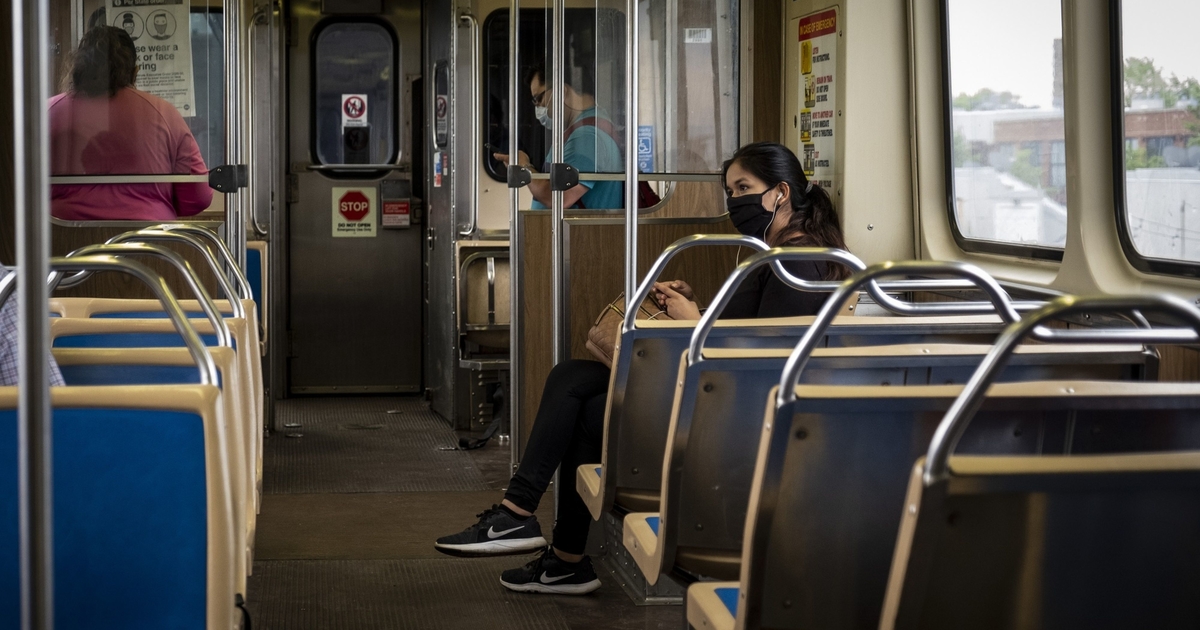 However, there’s no indication that the two variants cause more severe illness.

Symptoms are similar to other COVID variants and include fever, cough, headache, body aches and other ailments. There’s also no indication that the variants cause more deaths, Arwady says.

The Midwest, along with the Texas region, led the country with the highest proportion of BA.5 cases, the data shows.

“We’ve already seen most of our cases,” Arwady said.

Chicago was at a medium-risk level on Tuesday for the spread of COVID-19 as defined by the CDC. Chicago and Cook County came down from high risk last week.

During a COVID briefing on Tuesday, Chicago’s top health official Dr. Allison Arwady said the city was “right on the borderline” between medium and high risk, warning that it’s possible the region returns to high risk in the next couple weeks, especially as the BA.5 variant spreads. Chicago and Cook County have teetered back and forth since May.

“There’s a lot of COVID around right now,” Arwady said.

There were 692 new confirmed COVID cases on Tuesday, down 9% from a week prior when there were 763 cases, according to Chicago Department of Public Health data. Hospitalizations are also down 26% to just 20 as of Tuesday. There’s been less than one death per day since the winter omicron surge ended.

A new contagious variant, BA.2.75, has arrived in the U.S. and is now being tracked by the World Health Organization. However, it’s not showing up on the CDC’s variant tracker just yet. The agency typically doesn’t publicly report on new variants until they account for about 1% of all cases.

“It does look contagious,” Arwady said. “But it doesn’t look to be more serious, but we’re still learning.”

CDPH continues to strongly recommend residents to wear masks in indoor public settings and stay up to date on all COVID-19 vaccines and boosters. Second boosters are currently only approved for people 50 and older, but The Washington Post reported July 11 that the Biden administration is considering expanding it to all adults.

At Tuesday’s briefing, Arwady said people should prepare to receive updated vaccines, which would be designed to protect against omicron strains, if and when they are available. Arwady predicted new vaccines could be available in October or November.

Democrats called the bill the largest investment in fighting climate change ever made in the US, and it’s projected to help cut greenhouse gas emissions by about 40% from 2005 levels by the end of the … END_OF_DOCUMENT_TOKEN_TO_BE_REPLACED