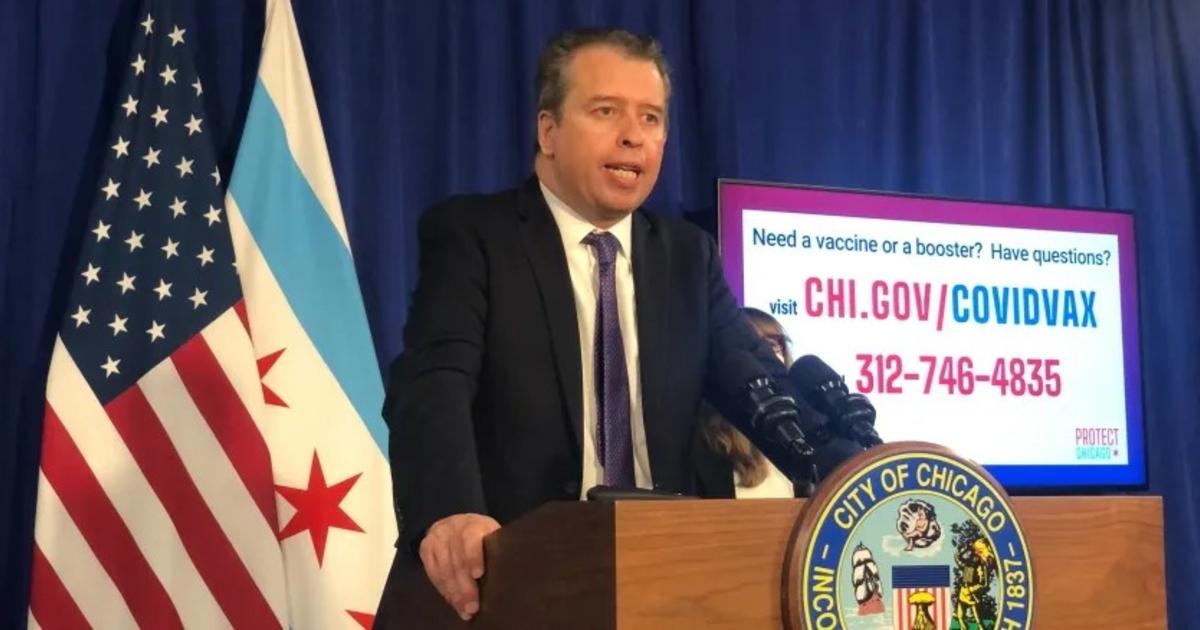 Martinez spoke Wednesday during a City Club of Chicago luncheon, as he nears his one-year anniversary at the district’s helm. “I am still new, folks, and I’m using that,” he joked.

Next week, Martinez will preside over kicking off a new school year in Chicago for the first time. Previously the superintendent of the San Antonio Independent School District, he took over the district in late September last year, just as it contended with a rocky return to full-time in-person instruction amid the delta COVID variant surge.

At the luncheon, he said his second school year will be a chance to double down on efforts to bounce back from the pandemic, and pledged “a strong recovery year that brings the district back to its pre-pandemic upward trajectory.”

Officials said more details on what the CEO described as a blueprint to reimagine learning in the district are coming soon. Martinez’s plan, which encompasses 10 initiatives, also aims to bring better services for students with disabilities, more equitable grading practices, and more after-school and summer school programs.

As Martinez has acknowledged in recent months, his first school year as CEO did not end up being the pandemic recovery year district leaders had hoped. Staffing shortages, clashes over COVID safety protocols, and an uptick in behavioral issues – among other challenges – disrupted learning once more.

But Martinez said he is optimistic about the district’s future — and ambitious about rethinking how it meets students’ academic and social and emotional needs.

Staffing remains a major concern, Martinez said. The district is seeing an uptick in its teacher vacancy rate on the eve of Monday’s school start, in part because schools added more than 600 additional teacher positions and numerous new support staff roles.

Declining enrollment is also a key challenge, Martinez said, but he said he also sees an opportunity to explore innovative models for the district’s smallest schools — for example, as career high schools focused on specific high-demand industries, from aviation to cybersecurity to construction.

Under his blueprint, Martinez said he wants to reinvest in neighborhood schools and engage local communities in planning for their future.

“We need to make sure without exception that every neighborhood has schools that offer academic and enrichment options that are attractive to our students,” he said.

In an ideal world, he said, he wants to see every student graduate bilingual and biliterate. On the career training front, Martinez said he wants to see more opportunities for middle school students to sample possible careers and even get high school credit, while high school students earn college credit and take part in internships, apprenticeships, and other hands-on training:

Chalkbeat Chicago is a nonprofit news organization committed to covering one of America’s most important stories: the effort to improve schools for all children, especially those who have historically lacked access to a quality education.