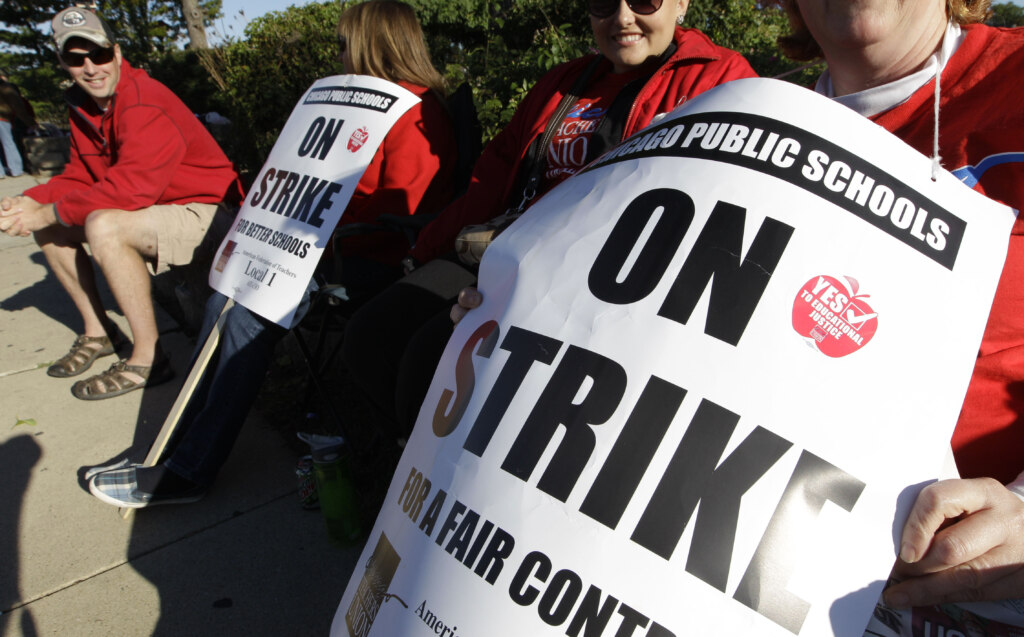 Crain’s Chicago Business’ editorial board is endorsing a ‘no’ vote on Amendment 1. Two Crain’s columnists did so, also, because of the unchecked power it would grant government unions.

Crain’s Chicago Business is the newest editorial board asking Illinoisans to reject Amendment 1.

Prior to the editorial board’s endorsement, two of their columnists wrote against the amendment as well as The Wall Street Journal, Chicago Tribune, Daily Herald and News-Gazette in Champaign.

Crain’s endorses a no vote because of the effect Amendment 1 would have on Illinois’ business climate. Voters will decide its fate Nov. 8.

“In fact, it’s the very last thing this state needs. Bestowing special constitutional status on unions would give companies one more reason to avoid Illinois.”

This year, businesses such as Tyson, Citadel, Boeing, Caterpillar, FTX and Highland Ventures announced moves out of Illinois. McDonald’s restaurants said its headquarters’ future in Illinois is uncertain.

When Gov. J.B. Pritzker visited the Crain’s editorial board, he discussed impediments to businesses coming to Illinois. The state’s fiscal mess creating tax uncertainty and Chicago crime were on his list, but the editorial board had a third.

“Though Pritzker didn’t list it, there’s a third impediment – one the governor was eager to back away from in our Oct. 12 conversation. It’s the perception that labor runs the show in Illinois, making it costlier to do business here and nearly impossible to solve the biggest budgetary burden we face as a state – namely, the unfunded obligation of about $130 billion that every man, woman and child in this state owes to our public employee pension systems.”

They said passing Amendment 1 would be a major mistake.

“In one of their most audacious power grabs yet, clout-heavy Illinois labor unions are angling for a constitutional trump card.”

He said the proposal is sweeping and well beyond what any other state has done.

“The WRA is bad policy, and it couldn’t come at a worse time. A broad grant of constitutional power to unions would fuel the growing belief that Illinois is hostile to business. And a new restriction on labor-related legislation would tie the hands of lawmakers as they try to respond to the state’s ever-evolving needs.”

“Part of the problem is that the ‘economic welfare’ language is, according to some legal observers, vague and open to loose interpretation. For instance, would that language set the stage for a legal challenge to Illinois’ property tax cap laws, on the grounds that they restrict the ability of, say, local school boards to offer workers the pay hikes they deserve? Advocates say no, that other parts of the Illinois Constitution clearly leave all tax questions to lawmakers. But few thought the state’s voluntary move to pay for retirees’ health was a binding commitment – until the Illinois Supreme Court abruptly ruled a few years ago that it is.

A provision in Amendment 1 bars any laws changing its mandates, even if lawmakers unanimously agreed to tweak them in the future.

“However, my biggest concern is that advocates aren’t trying to pass a law, which can be changed next time power in Springfield changes party hands, but rather amend the Constitution, which can be altered only via a time-consuming, laborious process.”

Advocates staged a tent city in the lobby of City Hall during Mayor Lori Lightfoot's budget address on Monday, Oct. 3, 2022, calling on Chicago to provide a dedicated stream of funding to tackle the … END_OF_DOCUMENT_TOKEN_TO_BE_REPLACED

The candidates face off Dec. 6 in the final Senate contest of the 2022 midterms because neither surpassed 50% of the vote in the general election a little more than two weeks ago, which included a … END_OF_DOCUMENT_TOKEN_TO_BE_REPLACED