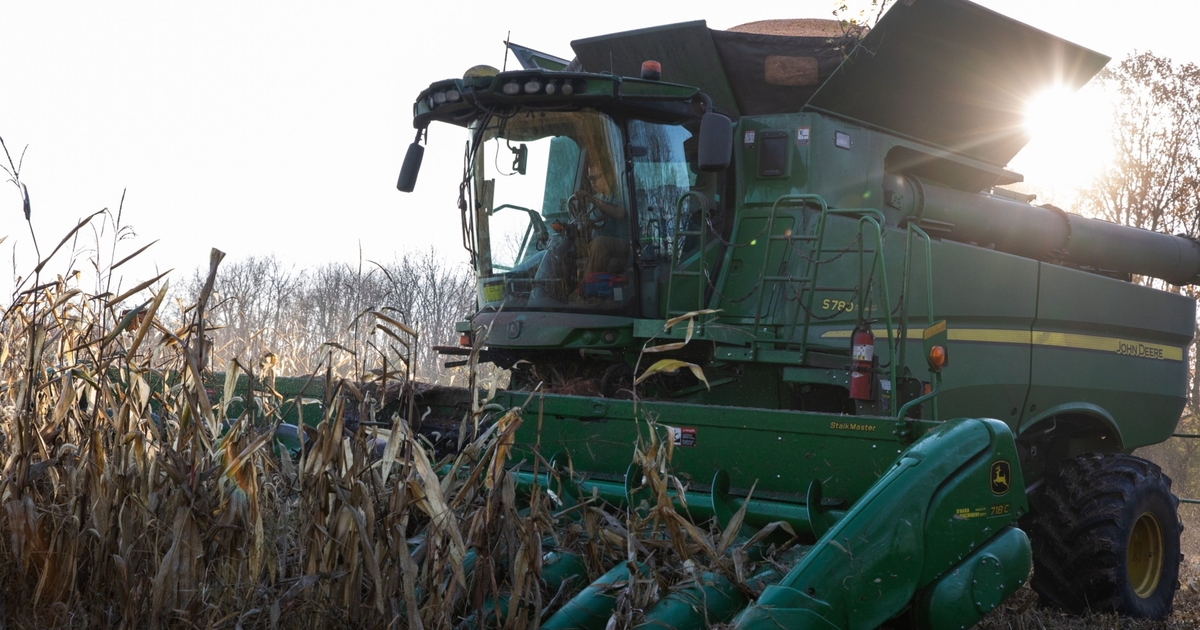 (Bloomberg) — Deere & Co. said it suspended shipments of machines to Russia two weeks ago as the nation invaded Ukraine, and subsequently halted deliveries to Belarus.

Ukraine and Russia account for about 3% of its annual sales, the Moline-based farm-equipment producer said. Deere manufactures seeding and tillage equipment in Orenburg, Russia, and has a parts depot in Domodedovo, Russia. There’s also a marketing office in Kyiv, Ukraine, for its agriculture and turf business.

“John Deere is deeply saddened by the significant escalation of events in Ukraine,” Jennifer Hartmann, a Deere spokeswoman, said in an emailed statement. “We continue to monitor the situation closely while we fully abide by U.S. and international sanctions.”

The company will continue to support and maintain close communication with its affected teams, providing “necessary resources when possible,” she said.

An increasing number of American companies are suspending operations in Russia following its invasion of Ukraine. Coca-Cola Co. on Tuesday joined a flood of U.S. and European organizations. Papa John’s International Inc. suspended all operations there and said it was reviewing whether it needs to take an impairment charge related to about $15 million in loans it made to a master franchisee there.

CHICAGO (CBS) -- Chicago Police are looking for a man who tried to kidnap a woman in the city's West Loop but was thwarted by some good Samaritans. This is at least the second time this has happened … END_OF_DOCUMENT_TOKEN_TO_BE_REPLACED

Illinois homes sold somewhat faster in August 2022 than in the year prior, even as median prices rose statewide, according to new data from Illinois REALTORS®. Though statewide home sales were down … END_OF_DOCUMENT_TOKEN_TO_BE_REPLACED

“I’m not one to really tell people what to do,” said Kennedy, 35, who lives in Milwaukee and works in software sales. But if a friend tried to order a delta-8 drink, “I would tell them, ‘Absolutely … END_OF_DOCUMENT_TOKEN_TO_BE_REPLACED