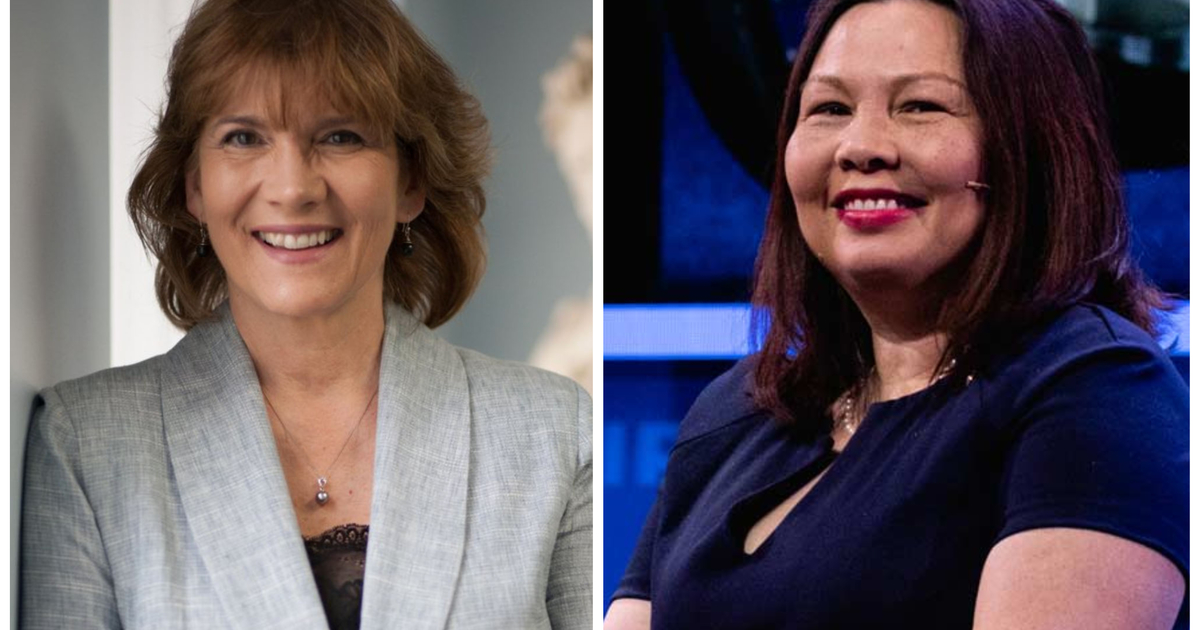 For the first time in Illinois election history, both major-party candidates for a U.S. Senate seat are women.

The two candidates traded barbs over gun control as well during the hour-long forum.

Duckworth said she supports reinstating a ban on what have been called assault rifles and instituting a ban on high-capacity bullet magazines, saying she’s heard from law enforcement the “common denominators in mass shootings are an assault weapon and a high-capacity magazine.”

She argued Salvi would never vote in any way to curb access to firearms because of her “A rating” from the National Rifle Association. Duckworth received an F from the gun lobbying group.

Salvi wouldn’t directly say if she would vote to reinstate what’s called an assault weapons ban. She said local, state and federal Democrats failed to follow existing laws, and that has led to an increase in crime.

“Before we consider passing any new and additional laws, we should let the laws that are on the book be implemented and employed,” Salvi said. “The only thing holding us back in this state is poor single-party government, and it’s hurting; it’s crushing us here.”

Duckworth, a retired Army helicopter pilot who lost her legs when she was shot down in Iraq in 2004, said current laws don’t do enough to curb gun violence.

“I carried an M16 for 23 years in the military,” she said. “I know what those weapons are supposed to do. They are supposed to shred a human body. They don’t belong on the streets.”

When asked about climate change, both Salvi and Duckworth acknowledged the legitimacy of the crisis. But they have different beliefs on how to combat it.

Salvi touted natural gas as a clean fuel that could relieve some of the nation’s reliance on foreign energy sources, but she complained Democrats were pursuing energy alternatives without the proper framework in place to support such a massive conversion.

“It doesn’t make sense to be able to say let’s switch over to renewables before we have the infrastructure,” she said. “And our economy is hurting because of it.”

Duckworth touted her support of legislation that has led to greater pursuit of renewable, clean-energy sources in an attempt to combat climate change. She said her voting record has allowed the country to “position ourselves toward a future where we can fix both climate change and grow our economy right here in Illinois.”

The two candidates are also far apart on finances. Salvi has raised less than $450,000, including a $250,000 loan she made to herself, according to Federal Election Commission reports. Duckworth has a war chest of nearly $8 million and has spent very little during this campaign.

The election is Nov. 8. Early voting has already begun.

This is a pool report distributed by Illinois Associated Press Media Editors.

The White House announced on Wednesday that the US was eager to continue working with Pakistan as a new general assumed leadership of the army command in Islamabad. The Pakistan Army’s command was … END_OF_DOCUMENT_TOKEN_TO_BE_REPLACED

PHOENIX (AP) — Devin Booker scored a season-high 51 points in just three quarters, Deandre Ayton had 30 points and 16 rebounds and the Phoenix Suns stretched their winning streak to six games with a … END_OF_DOCUMENT_TOKEN_TO_BE_REPLACED

The 202-room Courtyard by Marriott Boston Marlborough has been sold for $15.3 million. The deal for the property at 75 Felton St. in Marlborough closed on Monday, according to the Middlesex South … END_OF_DOCUMENT_TOKEN_TO_BE_REPLACED