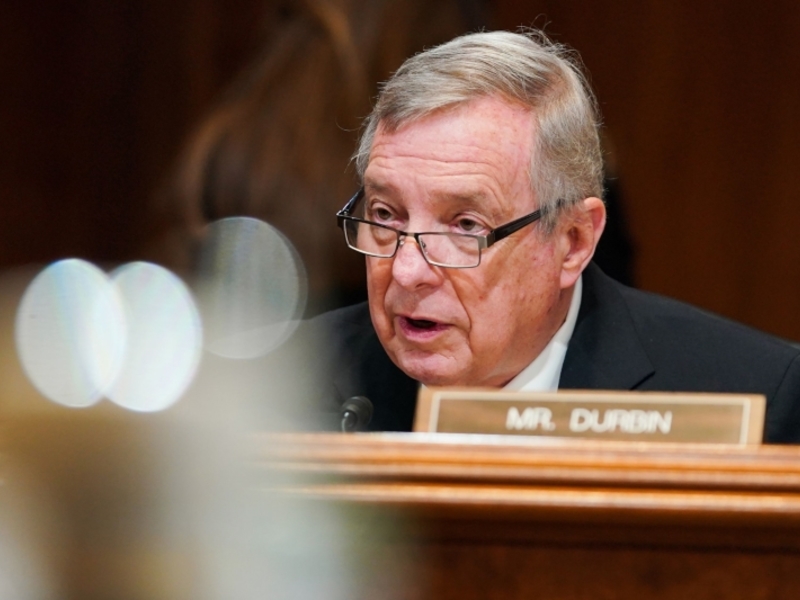 The Judiciary Committee voted 15-7 yesterday to send the full Senate a measure to require the court to permit television coverage of all open sessions of the court, unless a majority of justices vote that doing so would constitute a violation of the due process rights of a party in the case.

The measure is co-sponsored by Judiciary’s ranking Republican, Iowa’s Chuck Grassley—a good indication that the measure now has a full head of steam and is likely to pass.

“The Supreme Court routinely issues decisions that affect America for generations to come,” the two said in a joint statement. “Americans deserve the opportunity to witness deliberations and rulings on these cases. . . .Shining a light into the Court’s historic halls increases transparency, strengthens democracy, and informs citizens of the issues at the forefront of their government,”

The high court has been livestreaming audio of its public oral arguments during the COVID-19 pandemic but has not indicated whether it will make that policy permanent, Durbin said.  Adding TV cameras would be a first. Some courts around the country have moved in that direction despite concerns from some that legal decorum is at stake.

A companion bill would give federal appellate and district courts the option to permit cameras, under certain procedural limits to protect witness privacy and other matters.

Cook County this week has 51 cases per 100,000 people, up 78 percent from the prior 7-day period, CDC data shows. Under the federal agency’s recommendation, areas of substantial transmission are those … END_OF_DOCUMENT_TOKEN_TO_BE_REPLACED

Origin launched its first QOZ fund in 2018 and has committed $100 million of the $265 million it raised to five apartment projects, including one recently completed in Pilsen. Origin plans to use the … END_OF_DOCUMENT_TOKEN_TO_BE_REPLACED