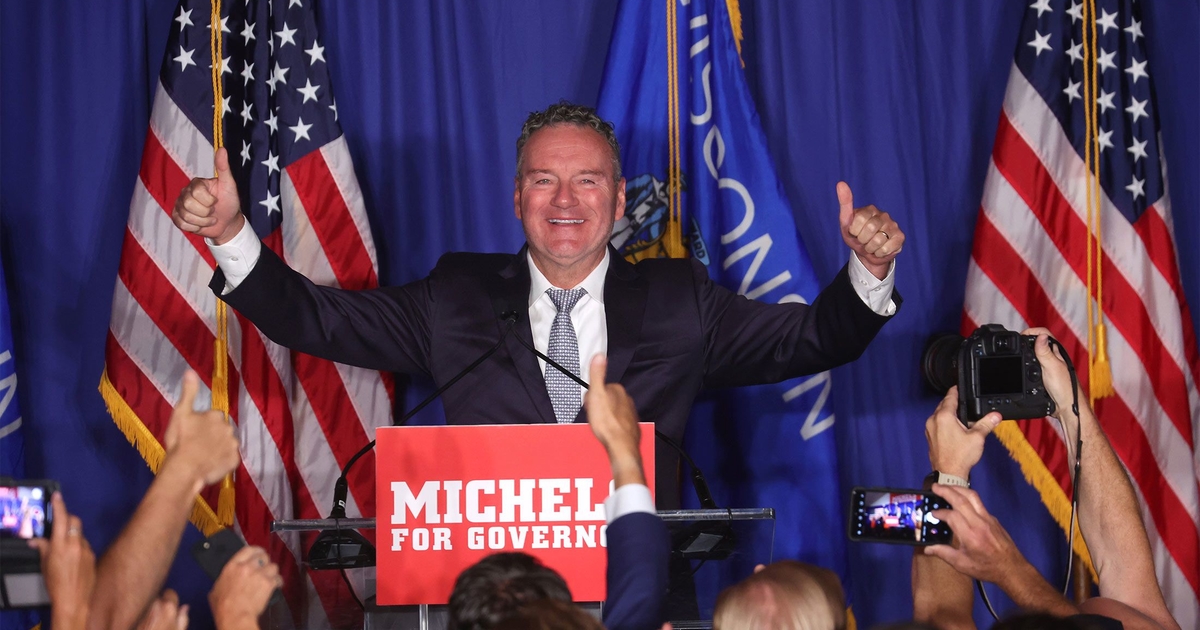 Endorsed by Trump, Michels has said the election was “maybe” stolen and argued that no one knows whether there was enough fraud to cause Trump to lose in those five states as well as Georgia, where Republican candidates who made similar claims lost primaries for governor and secretary of state.

Michels faces Democratic incumbent Governor Tony Evers, who has vetoed at least six bills that would have made it harder to vote by mail, required the state to verify citizenship of voters and given the Republican-led legislature more power over how elections are run.

In an interview with the Milwaukee Journal Sentinel in June, Michels would not say whether President Joe Biden’s 20,000-vote margin of victory in the state was due to fraud, as Trump has alleged, and refused to answer whether he as governor would certify a future election.

“Certainly, there was a lot of bad stuff that happened,” he said. “There was certainly illegal ballots. How many? I don’t know if Justice Gableman knows. I don’t know if anybody knows,” he told conservative radio host Joe Giganti. He was referring to former state Supreme Court Justice Michael Gableman, who headed a Republican probe of the 2020 results.

The other battleground-state gubernatorial nominees have also indicated that they might take action in the future.

Arizona’s Republican gubernatorial nominee Kari Lake tweeted that “America knows the 2020 election was stolen.” Pennsylvania nominee Doug Mastriano has said he wants to decertify all of the state’s voting machines and force every voter to re-register. And Michigan nominee Tudor Dixon has called for tightening voting laws.

The Cook Political Report has rated Arizona and Wisconsin’s governors races as toss-ups and Michigan and Pennsylvania’s races as “lean Democratic.”