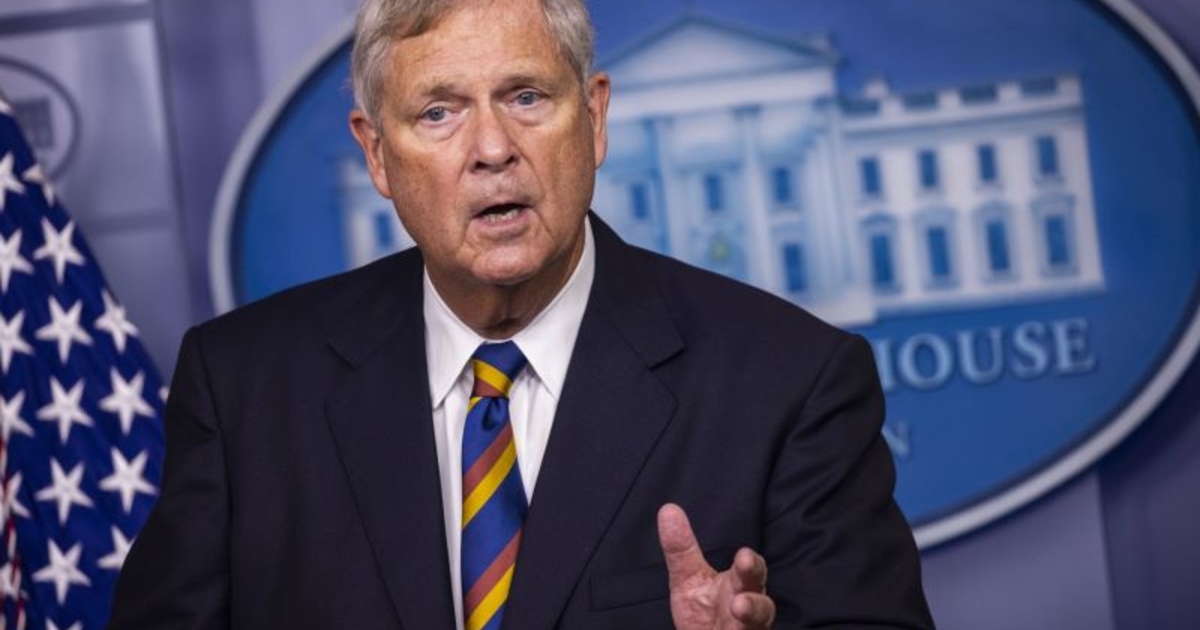 “We further request that you continue these commitments until Abbott’s formula supply meets demand across the country,” Vilsack wrote in a letter to Abbott CEO Robert Ford that was released by the White House. “I believe Abbott must take these additional actions to support vulnerable WIC families during this challenging time.”

The letter suggested administration frustration with a shortage that became acute after Abbott recalled several brands of its formulas earlier this year. The shortage has led to frantic parents hoarding formula and scouring store shelves to feed their children, posing yet another political headache for the White House.

“Going forward, Abbott must take every measure possible to ensure safe production of infant formula as well as a reliable supply, even in the face of disruption,” Vilsack told Ford.

Abbott said in a statement Friday that it’s been focusing on production from a facility in Cootehill, Ireland, to serve state WIC programs. The company has also prioritized formula production at its facility in Columbus, Ohio, to make the popular Similac brand of liquid formula, and other plants are running at full capacity to help replenish supply, it said in its statement.

Vilsack also sent a letter to all 50 states “urging them to adopt all possible flexibilities” to obtain needed formula supplies, White House Press Secretary Jen Psaki said Friday. She rejected a reporter’s suggestion that the White House had waited until this week to respond to a shortage that’s been intensifying for months.

“We have not waited to take action,” she said, describing steps the administration took with states and manufacturers to try to increase supply.

The Food and Drug Administration next week will outline plans for increasing formula imports and other “flexibilities” for domestic producers to boost supplies, Commissioner Robert Califf tweeted.

The White House has come under fire from Republicans—and some Democrats—for the formula shortage. Biden spoke with formula manufacturers and retailers on Thursday to discuss ways to increase supplies.

Abbott issued the recall after reports that four infants had been sickened and two died of a rare bacterial infection after eating formula from an Abbott factory in Michigan. Federal inspectors had noted the potential for formula from the factory to be contaminated by cronobacter during a routine inspection of the plant in September.

FDA inspectors didn’t return to the factory until January. Abbott issued the recall during the inspection and then shut down production.

The company said in a statement that its formula wasn’t to blame for the infections. The Centers for Disease Control and Prevention said Thursday that it has closed its investigation of cronobacter and powdered formula, and that no additional cases have been identified.

“There is not enough information available to definitively link this illness to the recalled infant formula,” the agency said in a statement.

House Speaker Nancy Pelosi said Friday that the chamber will vote next week on two measures aimed at getting more baby formula on shelves.

One would grant emergency authority for the WIC program that would allow relaxing certain non-safety regulations around baby formula.

“Doing so will empower the federal government to relax certain non-safety-related regulations during times of shortage so that we can get nutrition into the mouths of America’s babies,” Pelosi wrote in a letter to House Democrats.

The House also is expected to vote on emergency funding to help end the shortage.

Appropriations Committee Chair Rosa DeLauro began an inquiry last month into the the recall of formula produced at the Abbott facility and how the FDA handled it. The committee announced this week two hearings on the matter later this month. The Energy and Commerce Committee also scheduled a hearing.

On Friday, the Oversight and Reform Committee sent letters to executives at Abbott, Mead Johnson Nutrition, Nestle USA and Perrigo Company asking them what steps they are taking to address the formula shortage.

Chicago Shooting News Live: A gunman on a rooftop opened fire on an Independence Day parade in suburban Chicago on Monday, killing at least six people, wounding at least 30 and sending hundreds of … END_OF_DOCUMENT_TOKEN_TO_BE_REPLACED

The real estate industry is beyond crowded — it seems like agents are popping up everywhere and taking aim at your clients. So, how can you cut through all that noise to stand out? You’ve got to … END_OF_DOCUMENT_TOKEN_TO_BE_REPLACED

Chicago Mayor Lori Lightfoot confirmed to the New York Times that the Chicago Police Department is assisting in the response and investigation.  “Law enforcement is working hard to bring the shooter … END_OF_DOCUMENT_TOKEN_TO_BE_REPLACED