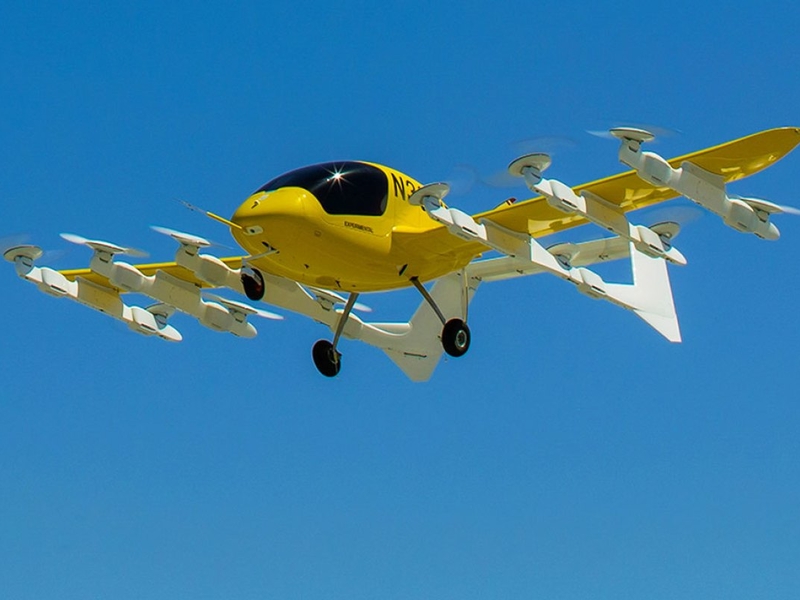 Archer and Wisk compete in the market for so-called electric vertical takeoff and landing aircraft, or eVTOLs. Archer’s valuation soared in April 2020 to $3.8 billion through a merger announced in February with a special purpose acquisition company, or SPAC, orchestrated by investment banker Ken Moelis. Also involved with Archer is United Airlines Holdings Inc.

Wisk asked a federal judge in San Francisco on Wednesday to issue a preliminary injunction prohibiting Archer from using or disclosing the trade secrets, and to compel expedited discovery in the civil case. Wisk alleges the trade secrets include designs for electric-powered aircraft, components and systems, as well as facility inventory and test data.

“This a baseless motion in a baseless lawsuit,” an Archer spokesperson said in an emailed statement. “Archer independently designed its aircraft, before any employees from Wisk joined Archer, and Archer looks forward to demonstrating that in court. Archer is moving forward with its business plans, including the development, certification and production of its proprietary aircraft.”

In April, Archer said it had “placed an employee on paid administrative leave in connection with a government investigation and a search warrant issued to the employee.” A spokesman said at the time that Archer and three other employees had received related subpoenas, and “all are fully cooperating with the authorities.”

Developing aircraft for city use is being driven by urbanization and the need for innovative mobility options. An October 2020 report by BloombergNEF on the market for electric aviation said about 5,000 eVTOLs would be needed to move about 100,000 passengers in the U.S. alone, where some city commutes could be replaced by flying taxis. Uber Technologies Inc. plans to offer aerial ridesharing services by 2023. BloombergNEF was tracking 186 companies developing eVTOLs globally.

“The theft of our highly confidential files, the virtual copy of Wisk’s design from a confidential patent application, and Archer’s startlingly short operational history make clear that Archer’s program is built on Wisk’s intellectual property, as we outlined in our complaint,” Wisk said in its court filing.

Cook County this week has 51 cases per 100,000 people, up 78 percent from the prior 7-day period, CDC data shows. Under the federal agency’s recommendation, areas of substantial transmission are those … END_OF_DOCUMENT_TOKEN_TO_BE_REPLACED

Origin launched its first QOZ fund in 2018 and has committed $100 million of the $265 million it raised to five apartment projects, including one recently completed in Pilsen. Origin plans to use the … END_OF_DOCUMENT_TOKEN_TO_BE_REPLACED