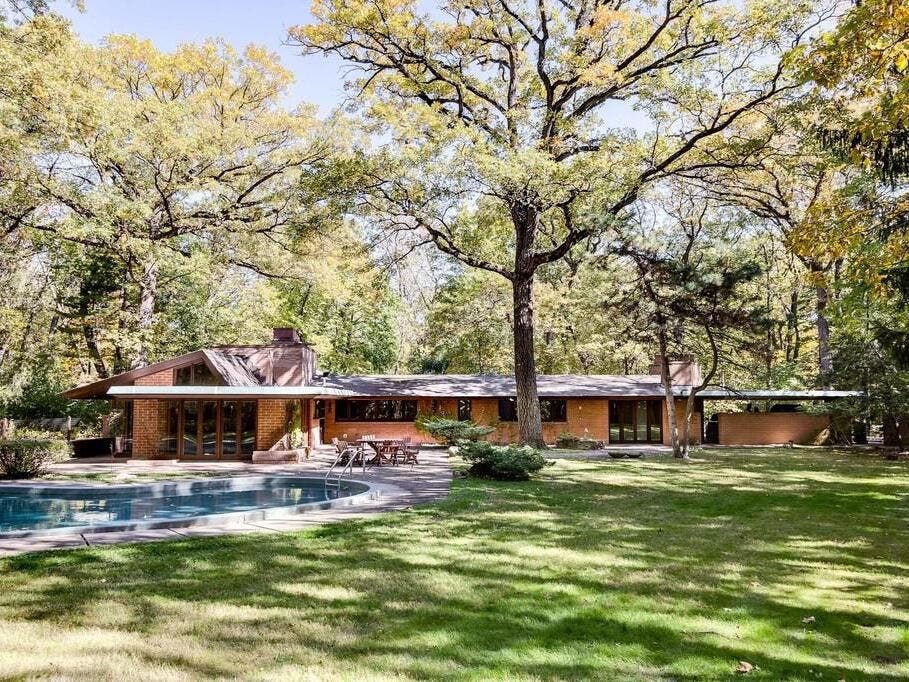 The home hit the market in September at a little under $1.7 million, reports Crain’s. It is currently listed at Realtor.com for $1.2 million. According to Crain’s, the house built in 1950 is being sold by Brian Busche, whose now-deceased parents bought it from the original owners 56 years ago.

The home features Wright’s Usonian style, a term he used to describe the United States in general and his vision for the landscape of the country. It also incorporates Wright’s ideas regarding the planning of cities and the architecture of buildings. Wright, who died in 1959, designed more than 1,000 structures over a creative period of 70 years.

Since the home hit the market, Goldman told Crain’s that they’ve received offers, but not the number the seller was looking for. The hope is that the auction may entice better offers for the Carr House.

This listing originally appeared on realtor.com. For more information and photos, click here.

Cook County this week has 51 cases per 100,000 people, up 78 percent from the prior 7-day period, CDC data shows. Under the federal agency’s recommendation, areas of substantial transmission are those … END_OF_DOCUMENT_TOKEN_TO_BE_REPLACED

Origin launched its first QOZ fund in 2018 and has committed $100 million of the $265 million it raised to five apartment projects, including one recently completed in Pilsen. Origin plans to use the … END_OF_DOCUMENT_TOKEN_TO_BE_REPLACED