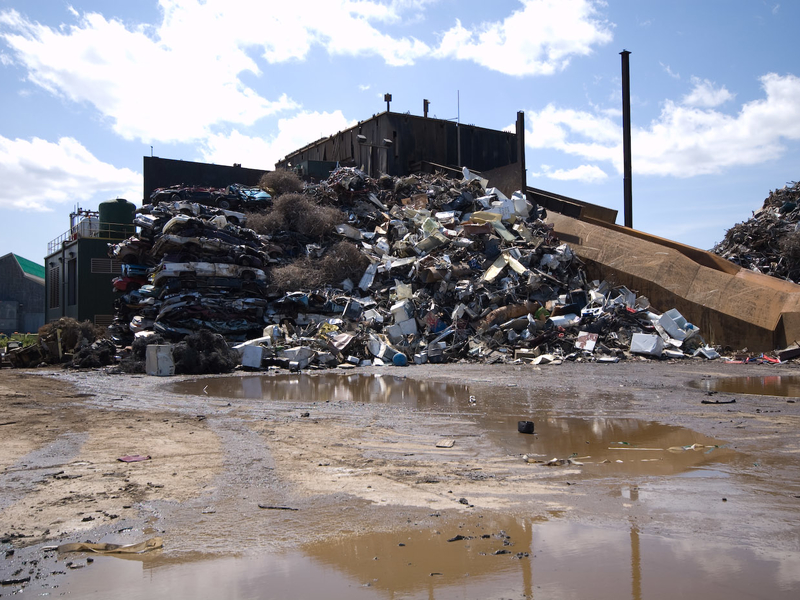 At the core of the dispute is the future of a noisy and sometimes smelly facility that critics say has been a big source of pollution, but which the company says provides a needed, profitable service.

The metal shredder operated without much protest for decades when the Clybourn Corridor was filled with warehouses and industrial users. For a while, it resisted pressure to go, with members of the owning Labkon family emerging as major political donors. But as tony residential construction moved farther and farther west in Lincoln Park, pressure increased on the company to relocate.

A deal to go finally was struck in 2019, and the company, now a subsidiary of Ohio-based RMG Investment Group, moved to the property on the Southeast Side owned by RMG and built a new facility it expected to open by now. The Lincoln Park facility closed in December.

However, opposition arose on the Southeast Side, too, with environmental groups charging the facility would be a health hazard to local residents, who already have numerous heavy industrial facilities in their area and still are dealing with fallout from the neighborhood’s past history as a steel producer.

According to the suit, all of that slowly played out in the past nine months or so, with the city repeatedly promising to issue final permits but failing to do so, even though state and federal environmental protection agencies gave other approvals.

Then, last week, the Environmental Protection Agency asked Lightfoot to delay issuing the final permit until an environmental justice review can be conducted.

Southside Recycling’s suit contends Lightfoot solicited that action. It points to a letter to Lightfoot from EPA Administrator Michael Regan in which he thanks her for her May 3 call with him regarding environmental justice and the proposed Southeast Side facility.

The suit also contends that operators have taken rigorous steps to protect the environment, that any adverse impact will be small and that the city is letting a much less regulated metal recycler operate in Pilsen. It further asserts there is considerable environmental benefit in allowing a firm to recycle 700,000 tons of metal a year rather than refining it again from scratch and dumping old metal in landfills.

Cook County this week has 51 cases per 100,000 people, up 78 percent from the prior 7-day period, CDC data shows. Under the federal agency’s recommendation, areas of substantial transmission are those … END_OF_DOCUMENT_TOKEN_TO_BE_REPLACED

Origin launched its first QOZ fund in 2018 and has committed $100 million of the $265 million it raised to five apartment projects, including one recently completed in Pilsen. Origin plans to use the … END_OF_DOCUMENT_TOKEN_TO_BE_REPLACED