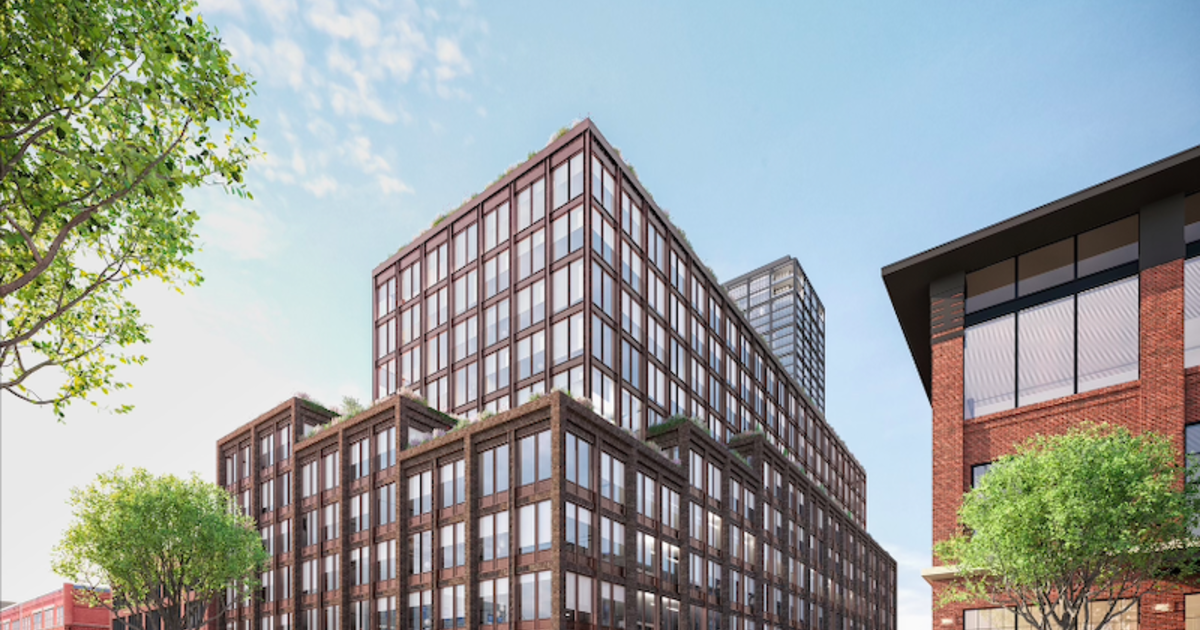 The building will likely be completed in 2024, with the restaurant opening that spring, Najem said. Gibsons is a Chicago staple, and Najem said he’s always wanted to bring the brand to Fulton Market. “We wanted to bring more history to the meatpacking district, and they have that reputation,” Najem said. “We just think it adds to the neighborhood.”

Gibsons owns or operates more than a dozen restaurants, including Gibsons Bar and Steakhouse in the Gold Coast, plus Hugo’s Frog Bar & Fish House.

Najem said the Fulton Market location will likely have more of a bar-and-grill vibe.

Gibsons Chairman Steve Lombardo III declined to disclose details of the potential deal, but said the group has been eyeing properties in Fulton Market for years.

A lease has not been signed, and the deal could fall through.

Construction is set to begin on the 600,000-square-foot building this summer, Najem said. The 11-story building is a mix of new construction and an existing loft building. Fulton Street Cos. plans to connect the two structures, to house a mix of retailers and office space.

The company is negotiating with an anchor office tenant for 140,000 square feet, Najem said, but he declined to disclose details.

Fulton Market has defied the pandemic in recent months, with a run of new office leases. Last week, for example, cocktail machine company Bartesian announced it would be moving its headquarters to the neighborhood from River North. Other downtown neighborhoods have remained sluggish.

SENECA, Ill. — 15 people were injured in a boat fire in Seneca on Saturday afternoon, with one person suffering serious injuries, police said. According to Illinois State Police, troopers responded … END_OF_DOCUMENT_TOKEN_TO_BE_REPLACED

Vallas was CEO of Chicago Public Schools from 1995 to 2001 and served as city budget director under former Mayor Richard M. Daley. More recently, he worked as an unpaid consultant to the Fraternal … END_OF_DOCUMENT_TOKEN_TO_BE_REPLACED

As we continue our look at the candidates running for office this summer, we’re turning our eye toward Illinois’ 2nd Congressional District, where incumbent Rep. Robin Kelly is hoping to be elected to … END_OF_DOCUMENT_TOKEN_TO_BE_REPLACED