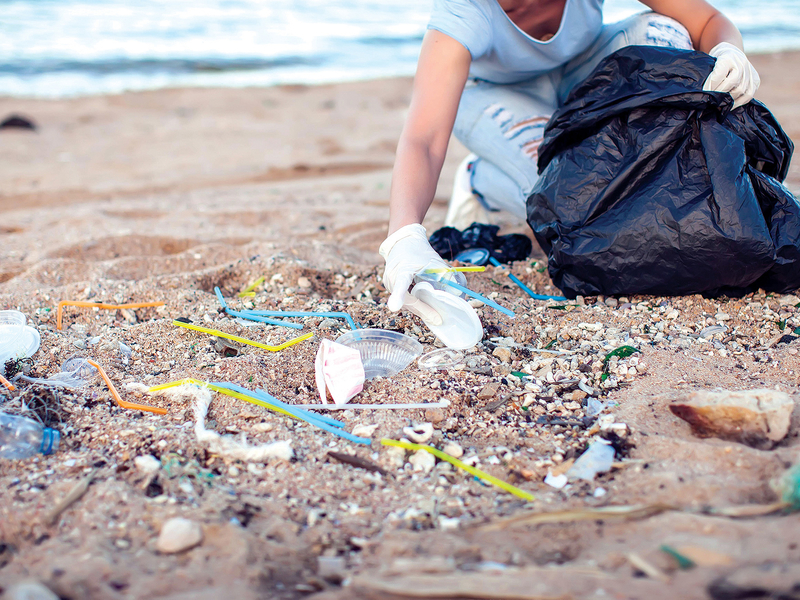 And you thought that cute little beach ball that got away from the beach on Lake Michigan and gently floated away with the current was harmless.

As revealed in a stunning report in this month’s Crain’s Forum on microplastics in the Great Lakes, the latest threat to our great water resource turns out to be something that will not be fixed easily.

Because microplastics, less than 5 millimeters in diameter, as writer Eric Freedman points out, get into the water system through so many avenues, understanding where to start is daunting. They are in fibers released during clothes washing; they come from landfills. They originate from plastic bags and cigarette filters. Even abandoned fishing lines are not safe.

And our use of plastics that get tossed indiscriminately only increased during the pandemic, putting more particles into play than ever before.

On top of that, as Freedman notes, Lake Michigan has more plastic debris than any of the Great Lakes.

“Over the past couple of years, there’s been a lot more debris because of higher water levels eating away at the foredune,’’ said Jim Gallie, superintendent of Ludington State Park on the eastern shore of Lake Michigan. “The rising water is exposing a lot of older plastic objects that had been buried in sand for years, even decades.’’

The microplastics issue in the Great Lakes is just the latest assault on a massive freshwater resource that serves as the source of drinking water for 40 million people in the U.S. and Canada. Climate change, industrial waste and other problems continue to plague the water system as well.

Besides the health of the drinking water for so many in the region, the Great Lakes also serve as an economic engine and vital business resource for so many of the region’s aging metropolises. That’s why a comprehensive, regional-based plan of action is needed now to address the problem of microplastics pollution. Cooperation between the states that hug the shorelines of the lakes has been tepid. And, unfortunately, time is running out to contain and reverse many of the problems, like microplastics, that threaten the future of this great resource.

It’s going to take more than a handful of annual beach cleanups to keep dangerous chemicals out of the lakes.

Change is coming in small places and serves as a potential roadmap to protecting our resources.

According to the Forum, we first need a comprehensive plan to vastly reduce the amount of plastics entering the lakes and the rivers and streams that lead into them.

As Freedman reports, one way to do that is to encourage more local governments to act on their own like St. Catharines, Ontario, which banned plastic water bottles and other containers.

More impactful may be broader legislation such as a bill recently reintroduced in Congress that would make producers of single-use plastics responsible for collecting and recycling or composting their products after use. That bill faces an uncertain fate, of course, given that similar proposals have failed to pass.

It’s time for local, state and federal leaders to wake up and see that the problem goes beyond plastic bags and errant beach balls. Maybe if they understood what was really in their drink, they’d begin to think differently. Cheers to that.

A representative for Vistria declined to comment. Founded in 2013 and led by Marty Nesbitt and Kip Kirkpatrick, Vistria manages more than $8 billion in assets and invests across health care, education … END_OF_DOCUMENT_TOKEN_TO_BE_REPLACED