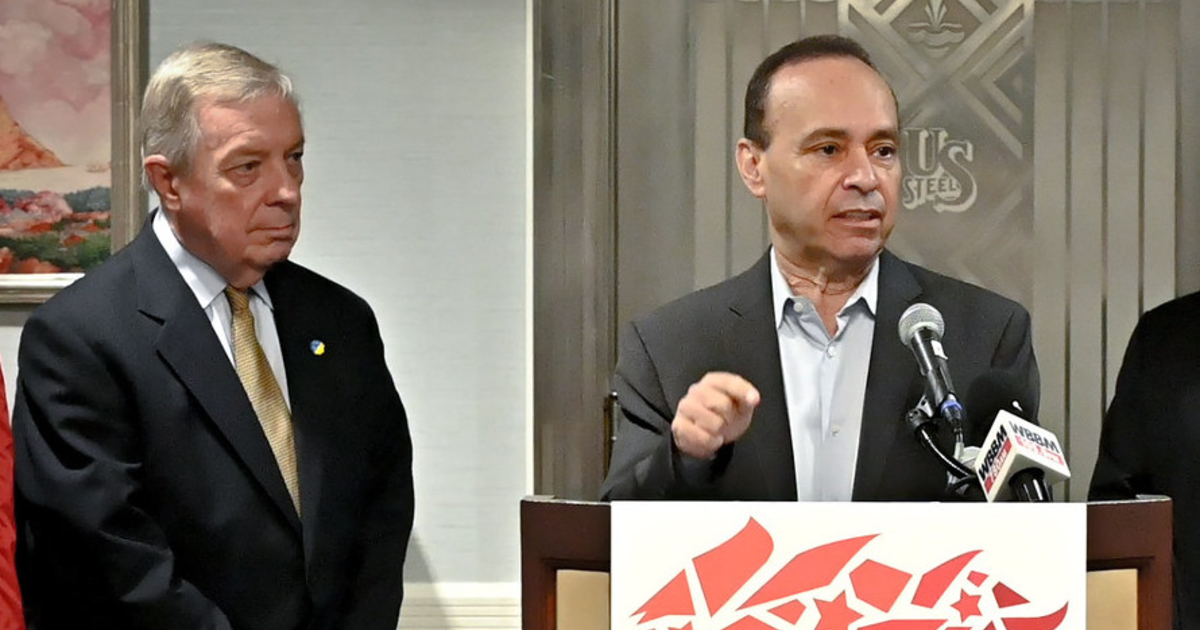 “I’m coming out of retirement,” said Gutiérrez, who represented Illinois’ 4th Congressional District until 2019. “And I’m launching our nation’s future to fix our broken immigration system.”

The organization will soon work with city community organizations to assist immigrants filing for citizenship and temporary protective status as soon as August. Our Nation’s Future is looking for volunteer attorneys and will begin training workshops in July. It will also assist with voter registration across the country. Former Illinois Executive Inspector General Ricardo Meza sits on its board of directors.

Gutiérrez was introduced by Durbin, with whom he previously collaborated on immigration policy. Durbin, whose mother was a naturalized citizen from Lithuania, said that Gutiérrez’s new organization will help the estimated 9.2 million immigrants who may be eligible to move into naturalization and citizenship. “He’s back for our nation’s future,” Durbin said.

The coalition cited the need for immigration reform as one of utmost economic priority, referencing the country’s current labor shortage and record-high inflation. According to the Census Bureau, there were 11.4 million unfilled jobs in May. These positions, Gutiérrez and his colleagues say, could be filled by immigrants under a reformed system.

“We also know that federal immigration reform is the answer,” said Rebecca Shi, executive director of the American Business Immigration Coalition. “This will bring more workers to the pipeline and strengthen our supply chain and will reduce prices.”

On the national level, Durbin mentioned that he was “hopeful” that Congress could pass meaningful bipartisan immigration as soon as later this year. As Latinos become one of the fastest-growing voting blocks in the U.S., the senator mentioned that his Republican colleagues “are coming around to the belief that they don’t want to be seen as an enemy. They want to be seen as an ally, stepping up to join us in this effort.”

With more candidates stepping forward, Gutiérrez couldn’t escape being questioned on whether he was about to throw his hat in the mayoral race.

“Well, let me just say this: I’m a resident of the state of Illinois. I’m registered in the city of Chicago. I filed my income tax return again in the state of Illinois. They were happy to take my money once again,” he responded. “I will participate with the millions of other Chicagoans in the next mayoral campaign, not as a candidate but as a voter.”

Chicago Shooting News Live: A gunman on a rooftop opened fire on an Independence Day parade in suburban Chicago on Monday, killing at least six people, wounding at least 30 and sending hundreds of … END_OF_DOCUMENT_TOKEN_TO_BE_REPLACED

The real estate industry is beyond crowded — it seems like agents are popping up everywhere and taking aim at your clients. So, how can you cut through all that noise to stand out? You’ve got to … END_OF_DOCUMENT_TOKEN_TO_BE_REPLACED

Chicago Mayor Lori Lightfoot confirmed to the New York Times that the Chicago Police Department is assisting in the response and investigation.  “Law enforcement is working hard to bring the shooter … END_OF_DOCUMENT_TOKEN_TO_BE_REPLACED