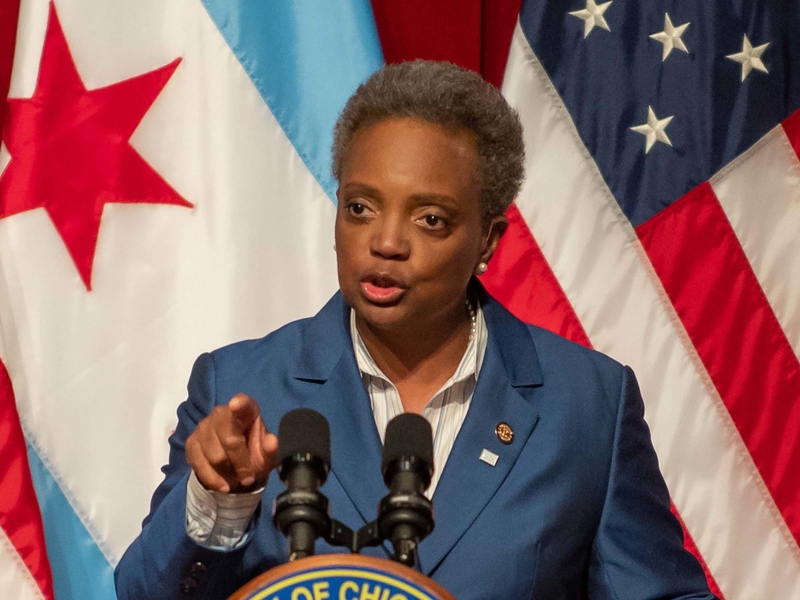 Indeed, politicians, CEOs and other leaders often decide who will interview them, said Joie Chen, a senior leader at Poynter Institute, a nonprofit journalism school and research organization.

“It is unusual that Mayor Lightfoot chose to identify who she would talk to by race, but that is the interviewee’s choice,” she said.

It will be interesting to see how news organizations respond, Chen said. She said she’d like to see more diversity in newsrooms, among reporter ranks and leadership, but is uncertain Lightfoot’s call will accomplish that.

“My concern would be, how does it affect communities’ access to the mayor, and does it really solve the problem of increasing diversity?” she said.

Lightfoot said in the letter that Black and Brown community leaders have brought her attention to biases in some coverage throughout her tenure. She said her team has debated addressing the concerns with newsroom leaders, but chose to let it go. Educating “white, mostly male members of the news media about the perils and complexities of implicit bias” is a heavy burden, she said.

“This isn’t my job. It shouldn’t be. I don’t have time for it. But as with so many festering problems, it has only gotten worse with time,” she said. “So here I am, like so many other Black women before me, having to call your attention to this problem.”

Such a callout by a mayor of a city the size of Chicago is historic, said Ava Thompson Greenwell, a professor at Northwestern University’s Medill School of Journalism. It forces media organizations to turn the mirror on themselves.

“It’s a boss move,” she said. “She is centering people of color in a way that has never been done in the journalism sphere in Chicago. That’s powerful and I applaud her for that. She’s using her power in a way to bring attention to an issue that the news media has been grappling with for years.”

Other observers pointed to the possibility that the mayor’s intentions extended beyond the issue of diversity in newsrooms:

Cook County this week has 51 cases per 100,000 people, up 78 percent from the prior 7-day period, CDC data shows. Under the federal agency’s recommendation, areas of substantial transmission are those … END_OF_DOCUMENT_TOKEN_TO_BE_REPLACED

Origin launched its first QOZ fund in 2018 and has committed $100 million of the $265 million it raised to five apartment projects, including one recently completed in Pilsen. Origin plans to use the … END_OF_DOCUMENT_TOKEN_TO_BE_REPLACED