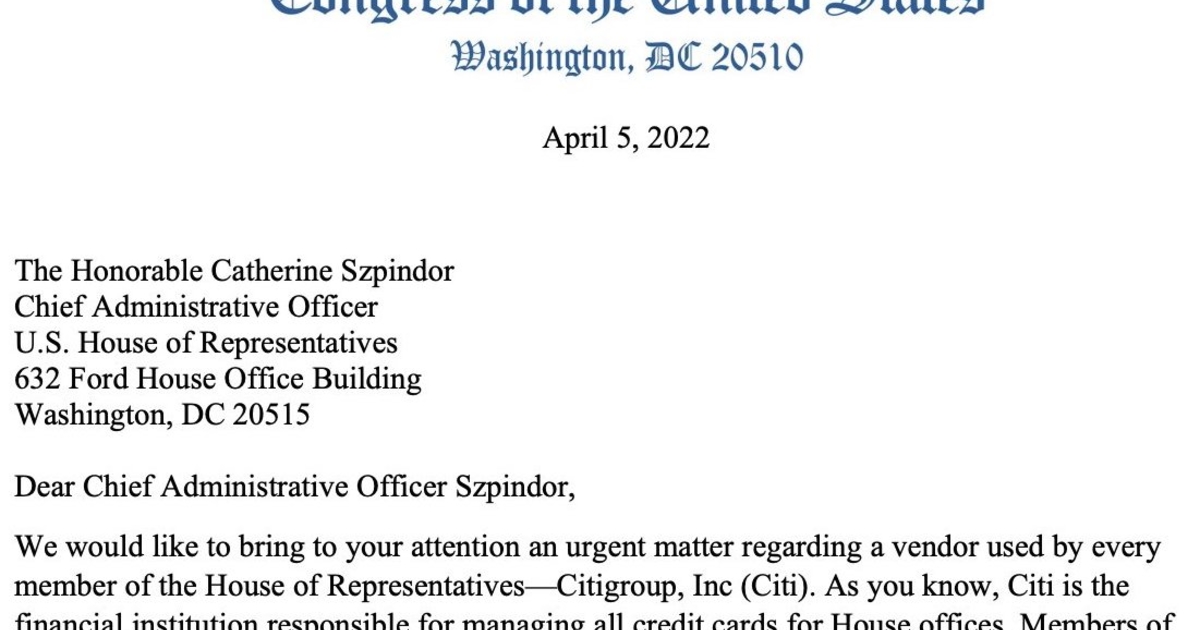 (Bloomberg) — Two Republican lawmakers are calling for the cancellation of U.S. government contracts with Citigroup Inc. after the banking giant vowed to cover travel costs for employees seeking abortions.

Citigroup provides the credit cards that members of the U.S. House of Representatives use to pay for flights, supplies and other goods. Congressmen Mike Johnson and Rodney Davis asked House Chief Administrative Officer Catherine Szpindor to cancel the contract, saying the legislative branch has a longtime policy of not using taxpayer dollars to fund abortion.

“By offering to pay its employees in their efforts to terminate the lives of the unborn, Citi has forfeited its privilege of doing business with the House of Representatives,” Johnson, a GOP lawmaker from Louisiana, and fellow Republican Davis, from Illinois, said Tuesday in a letter to Szpindor. (Read the full letter below.)

Citigroup’s move, announced last month, came after several states including Texas implemented or proposed a near-total ban on abortions. The policy will cover expenses, such as airfare and lodging, that employees in places including Texas may incur if they’re forced to travel to receive an abortion.

A spokeswoman for New York-based Citigroup and a spokesman for Szpindor’s office didn’t immediately respond to requests for comment.

SENECA, Ill. — 15 people were injured in a boat fire in Seneca on Saturday afternoon, with one person suffering serious injuries, police said. According to Illinois State Police, troopers responded … END_OF_DOCUMENT_TOKEN_TO_BE_REPLACED

Vallas was CEO of Chicago Public Schools from 1995 to 2001 and served as city budget director under former Mayor Richard M. Daley. More recently, he worked as an unpaid consultant to the Fraternal … END_OF_DOCUMENT_TOKEN_TO_BE_REPLACED

As we continue our look at the candidates running for office this summer, we’re turning our eye toward Illinois’ 2nd Congressional District, where incumbent Rep. Robin Kelly is hoping to be elected to … END_OF_DOCUMENT_TOKEN_TO_BE_REPLACED