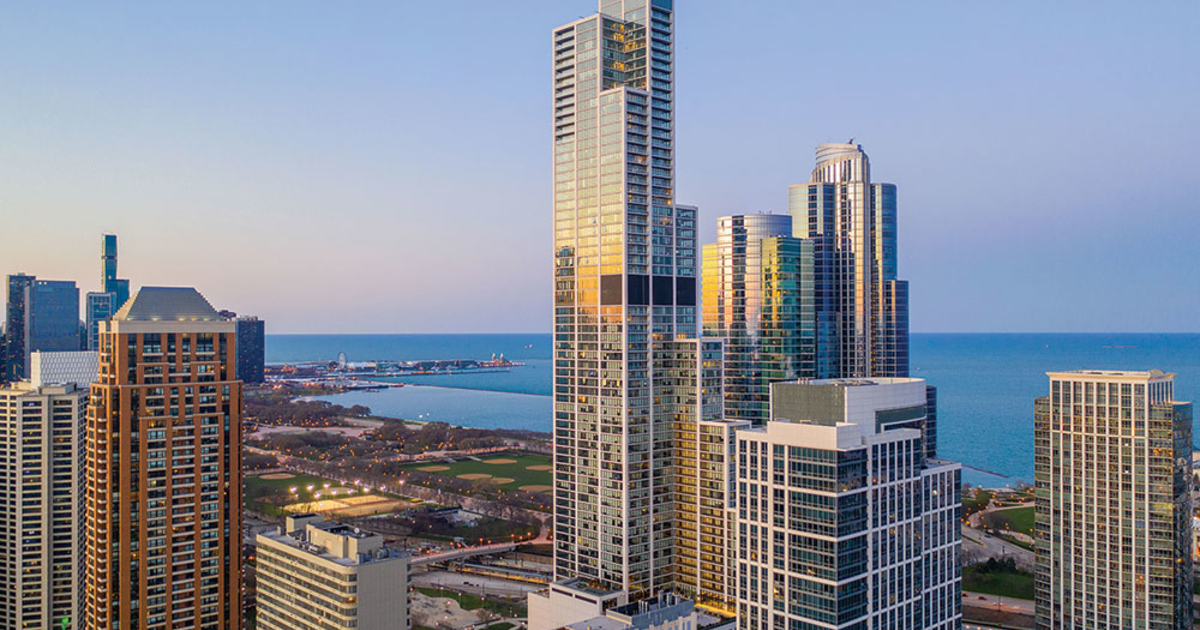 Property owners like to gripe about rising assessments, but they’re not all bad.

They can be a good thing, when they reflect true growth in property wealth created by development of office buildings, hotels, warehouses and apartments. Apartments stand out as the engine driving the expansion of the tax base in downtown Chicago over the past several years. Some downtown high-rises that didn’t exist a few years ago are now worth hundreds of millions of dollars—property value that can be taxed, reducing the burden on existing taxpayers.

“Development is wonderful, because it expands the base and spreads the cost of government amongst more people,” says Cook County Assessor Fritz Kaegi.

In the three Chicago townships that include downtown—West Chicago, South Chicago and North Chicago—Kaegi’s office last year assessed 136 apartment projects that were built one to three years earlier. Their combined value: $5.5 billion, or a quarter of the total value of all commercial property in the three townships.

It’s not clear how much the collective value of the properties rose from its pre-development total, but the properties probably were worth only a fraction of what they are currently. Many development sites are vacant land, parking lots or properties with low-rise buildings of such little value that they’re demolished.

One of the biggest buildings added to the Cook County tax rolls is Nema Chicago, a 76-story, 800-unit skyscraper at the south end of Grant Park completed in 2019. Kaegi’s office valued the apartment building at $191 million last year, up from about $4.9 million in 2018, when it was still under construction.

The huge increase reflects the property’s rental income, though the assessor probably undervalued the building by a long shot. Nema’s developer, Miami-based Crescent Heights, refinanced the tower with $345 million in debt last year, implying a much higher value.

Real estate development is hardly a source of free money for local governments. Depending on the property type, development can impose additional costs on city police and fire departments. If new residential buildings attract families with school-age children, local schools might need more teachers and space to accommodate more students. But many apartment buildings—especially big, expensive downtown high-rises—tend to appeal to households without kids.

Office development has increased the city’s property tax base, too. Kaegi’s office valued Bank of America Tower, a new 55-story office building at 110 N. Wacker Drive, at $500 million last year. Back in 2015, when a low-rise office building stood on the site, the property was valued by the assessor’s office at just $28 million. But Kaegi’s new value is still low: The high-rise recently changed hands in a deal that valued it at more than $1 billion.

If there’s any place development has moved the assessment needle in Chicago, it’s in the Fulton Market District. The West Loop neighborhood’s construction boom started with projects like Google’s Midwest headquarters several years ago, and it has gained momentum in recent years with hotel, multifamily and more office developments. Developers plan more than 6,000 apartments in Fulton Market in the coming years, according to Integra Realty Resources, an appraisal and consulting firm.

All the recent construction has transformed Fulton Market from a gritty meatpacking district into the city’s hottest neighborhood. It also has fueled a big jump in property wealth: In West Chicago Township, which includes Fulton Market, the total value of all nonresidential property jumped 116% last year from 2018, the last time it was reassessed, according to Kaegi’s office. It was the biggest increase by far among all eight Chicago townships.

Gov. J.B. Pritzker on Wednesday signed into law legislation that bans so-called "ghost guns" across Illinois, making it the first Midwest state to do so. House Bill 4383 aims to crack down on "ghost … END_OF_DOCUMENT_TOKEN_TO_BE_REPLACED