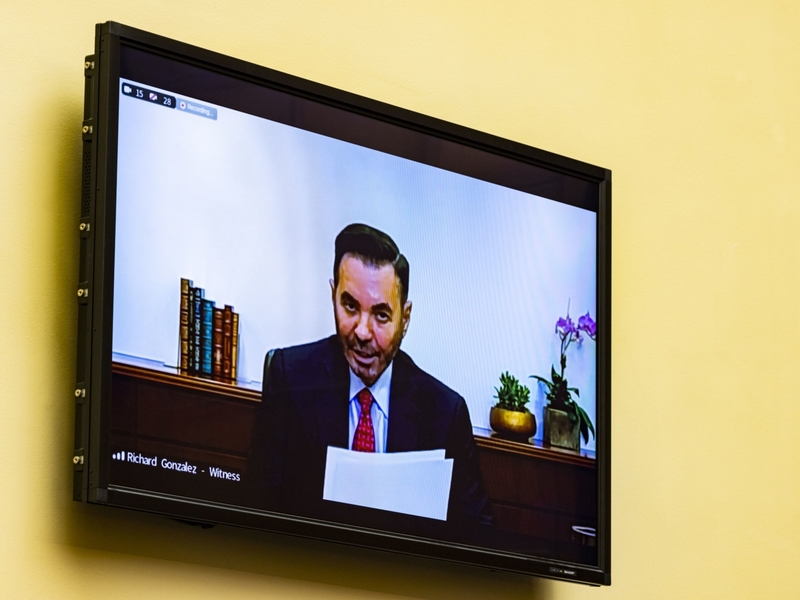 AbbVie turned its patent arsenal on would-be generic rivals, extracting settlement agreements that delay Humira knockoffs in the U.S. until 2023.

Congressional investigators concluded that delaying generic competition for Humira will add $19 billion to U.S. health care costs between 2016 and 2023. The report says AbbVie also squeezed U.S. taxpayers by capitalizing on Medicare’s inability to negotiate drug prices. Investigators estimated Medicare would have saved $7 billion between 2010 and 2018 if it got the same Humira discounts negotiated by Department of Defense and Veterans Administration health plans.

The report points out that AbbVie also took advantage of “orphan drug” patents meant to encourage development of remedies for rare diseases, even though Humira treats common ailments ranging from rheumatoid arthritis to colitis and psoriasis.

Investigators connected Humira prices and Gonzalez’  paycheck, noting that AbbVie executive bonuses from 2015 to 2018 were based partly on net revenues from the drug. Gonzalez, who regularly clears more than $20 million in annual pay, pocketed bonuses worth $14.8 million during those years.

AbbVie makes no apologies for its patent strategy. Gonzalez has called the company’s tactics “pro-competitive,” and pointed out that courts upheld “the vast majority” of Humira patents.

In fact, AbbVie is using similar tactics with cancer drug Imbruvica, which it obtained in a 2015 acquisition. According to the report, AbbVie has filed for more than 150 patents on Imbruvica.

But AbbVie’s stunning success with Humira has mobilized opposition to the tactics it hopes to replicate with Imbruvica. The committee report tells a story of massive patent and pricing abuses by a central-casting corporate villain. In response, high-ranking members of Congress called on the Federal Trade Commission to investigate AbbVie’s actions. Outrage over Humira also fuels momentum for legislation that would hurt drugmakers like AbbVie, such as patent reform, drug price controls and price negotiation by Medicare.

Sometimes it doesn’t pay to be too successful.

Cook County this week has 51 cases per 100,000 people, up 78 percent from the prior 7-day period, CDC data shows. Under the federal agency’s recommendation, areas of substantial transmission are those … END_OF_DOCUMENT_TOKEN_TO_BE_REPLACED

Origin launched its first QOZ fund in 2018 and has committed $100 million of the $265 million it raised to five apartment projects, including one recently completed in Pilsen. Origin plans to use the … END_OF_DOCUMENT_TOKEN_TO_BE_REPLACED