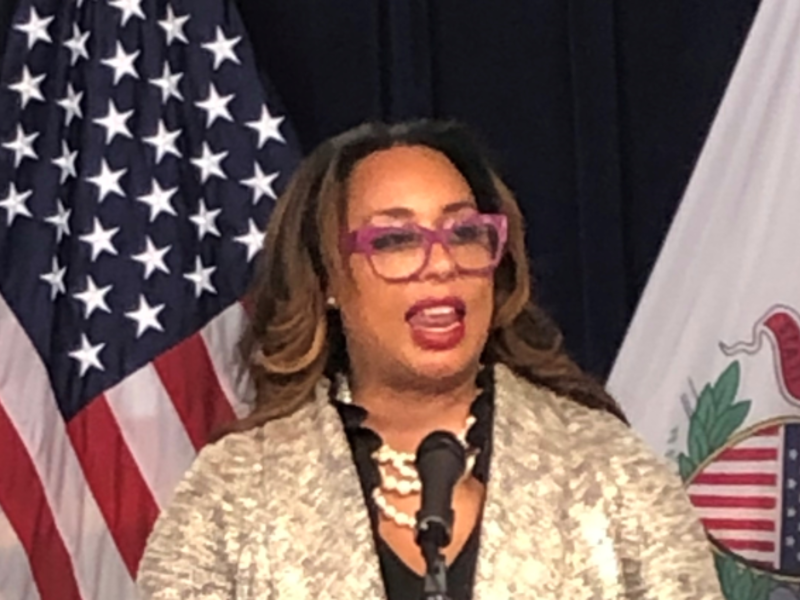 “Toi’s unique resume is perfectly suited to lead MPP as we finish our reform work state-by-state across the country,” MPP Chairman Sal Pace said in a statement.

Hutchinson leaves the job of senior adviser on cannabis control with the centerpiece of the state’s legalization still unfulfilled. Illinois’ legalization efforts focused on social equity, or bringing minorities into ownership of what has been a mostly white, male-dominated business.

Illinois gave bonus points to applicants from neighborhoods hit hard by the war on drugs, but the process of awarding retail licenses has been mired in controversy from the start. The state held three lotteries to determine who will get 185 new licenses, but none has been issued yet because of legal challenges. Minority-ownership advocates have complained that the legislation failed to deliver on its promises and the system should be scrapped.

Social equity has become a key part of the formula in achieving legalization in states such as New York and New Jersey. Hutchinson’s experience in Illinois will come in handy in her new role advising legalization advocates and legislators in other states.

“I think she did the best job she could with the circumstances she was put in,” says Douglas Kelly, executive director of the Cannabis Equity Coalition Illinois. “There were good intentions, but the implementation was done poorly. There’s still a lot more work that needs to be done. I hope in her position, she’ll have learned a lot of lessons with what’s happened in Illinois and make some effective changes. I wish her the best of luck.”

Chicago Shooting News Live: A gunman on a rooftop opened fire on an Independence Day parade in suburban Chicago on Monday, killing at least six people, wounding at least 30 and sending hundreds of … END_OF_DOCUMENT_TOKEN_TO_BE_REPLACED

The real estate industry is beyond crowded — it seems like agents are popping up everywhere and taking aim at your clients. So, how can you cut through all that noise to stand out? You’ve got to … END_OF_DOCUMENT_TOKEN_TO_BE_REPLACED

Chicago Mayor Lori Lightfoot confirmed to the New York Times that the Chicago Police Department is assisting in the response and investigation.  “Law enforcement is working hard to bring the shooter … END_OF_DOCUMENT_TOKEN_TO_BE_REPLACED