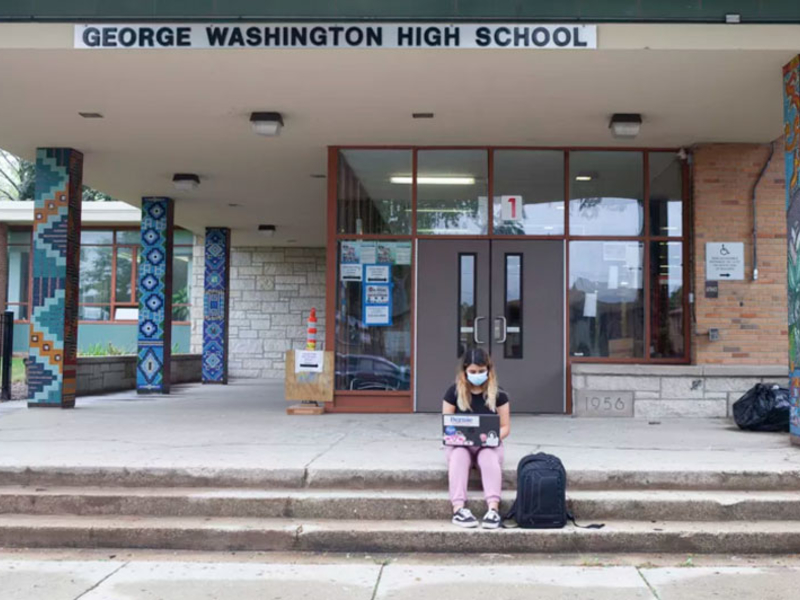 “Our state revenues are outpacing the estimates and the expectations that experts gave us earlier this year, our state and our economy have shown tremendous resilience,” Pritzker said at a news conference today. “While we have still far too many who are struggling, our collective economic and fiscal outlook is brighter than it was even three months ago.”

As a result, he continued, “I have informed legislative leaders that I am now in a position to propose increasing evidence-based funding for schools by $350 million.”

“Evidence based” is shorthand for the new funding formula adopted by lawmakers several years ago, in which a regular infusion of new funds, roughly $350 million a year, is supposed to go to schools, mostly districts that have a large number of poor students but a relatively small property-tax base to serve them.

Pritzker didn’t include $350 million in this year’s budget, and his proposed budget for the fiscal year beginning July 1 excluded a funding boost. That’s now changed.

Exact figures were not immediately available, but Chicago Public Schools generally gets about one-fifth of any new money.

Pritzker had been holding off on freeing up the funds, pointing to a large cash influx most districts are getting from COVID aid. But top lawmakers have become impatient, with House Speaker Chris Welch saying that full funding is a top priority for him.

CHICAGO (CBS) — Four people were injured Wednesday evening in an accident at the busy intersection of 79th Street, Stony Island Avenue, and South Chicago Avenue. The crash happened at 7:11 p.m. at the … END_OF_DOCUMENT_TOKEN_TO_BE_REPLACED

Real estate investors re-entered the housing market in a big way in the second quarter of 2021, and Chicago is at the top of the list for investor purchases, according to a new report. The study by … END_OF_DOCUMENT_TOKEN_TO_BE_REPLACED