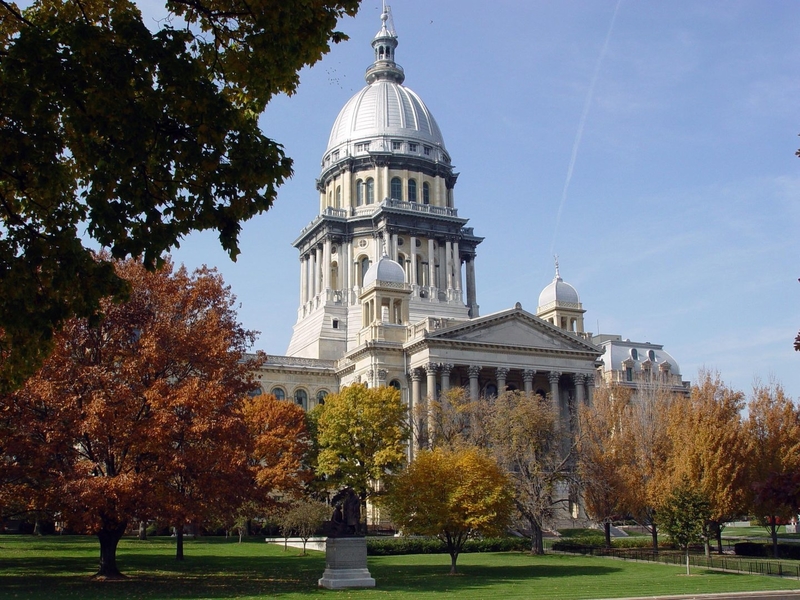 Are you ready for a little good news, Illinois?

It may be a fluke more than a turning point. There’s no sign it’s a trend, at least not yet. But just in time for Christmas, the state of Illinois is reporting that it actually has significantly reduced its unfunded pension liability—the first such progress in many, many years.

The progress comes in a new report from the Illinois Commission on Government Forecasting & Accountability, which serves as the Legislature’s fiscal research arm.

In a “special pension briefing” released yesterday, it said unfunded liability in the five state pension systems that cover university employees, state workers, and most teachers outside of Chicago shrank by a hefty $14.2 billion in the fiscal year ended June 30, dropping from $144.2 billion last year to $130 billion now.

The only other even comparable drop in recent decades was from fiscal 2010 to 2011, but the decline was less than half as much on a percentage basis.

The improved figures were enough to bump up the state’s funded ratio of pension assets to liabilities to 46.5%, still way short of the 90% goal but the highest it’s been since 2008.

Now, before Springfield goes hog wild and starts spending more money we don’t have, there are a few codicils worth mentioning.

One, the COGFA figures are based on the market value of pension-fund assets. In other words, they’re not blended or otherwise averaged over five years, as often is the case with such reporting.

Caveat two is that, just like almost any other investor with half a brain, the state funds enjoyed “exceptional” returns on invested capital in fiscal 2021, earning 22.9% to 25.2%. That’s way, way above their assumed rate or return of 6.5% to 7%.

Beyond that, some years in the recent past had unusual bumps, making the new figures look relatively good in comparison. And even with the booming return on investment, the state still is contributing roughly $2 billion a year less than the amount it is actuarially required to reach its eventual full funding.

Ergo, concludes Civic Federation President Lauarence Msall, the new COGFA figures “are not a trend. It’s a data point in the market.”

He continues, “It’s not bad news. But it’s only one data point.”

True and true. But for a state desperate to stop underfunding education, public safety and other programs because underfunded pension systems are sucking up every loose penny, it sure ain’t bad news, either.

Look to hear Gov. J.B. Pritzker have lots more to say about these improved figures as he seeks a new term.

Meanwhile … it looks like state Rep. Delia Ramirez, D-Chicago, the chief sponsor of the new law to begin electing members of the Chicago Board of Education, is leaving Springfield.

In a statement, she announced her candidacy for Congress in the new Latino plurality 3rd District on the north side of the metropolitan area. Said Ramirez, “I have a proven track record of building strong and diverse coalitions and this campaign will reflect the people and priorities of the communities in the 3rd District.”

Ramirez is picking up backing from a number of progressive officials, such as state Rep. Will Guzzardi, D-Chicago, and Ald. Carlos Ramirez-Rosa, 35th. Her main opponent, at least for now, is Ald. Gil Villegas, 36th.

Here is a new way you can watch local news, 24 hours a day, seven days a week – for free!  NBC 5 has launched NBC Chicago News on Peacock. Here, you will see around-the-clock local news coverage. … END_OF_DOCUMENT_TOKEN_TO_BE_REPLACED

Proper Rate, the joint venture by Guaranteed Rate and @properties, has named Rich Honquest as a new vice president of mortgage lending. In the position, Honquest will be originating loans in the … END_OF_DOCUMENT_TOKEN_TO_BE_REPLACED

Tuition for out-of-state and international freshmen will increase by 2.5% in Urbana-Champaign, 1.8% in Chicago and 1.5% in Springfield. Tuition at U of I was previously frozen from 2015-2019 and in … END_OF_DOCUMENT_TOKEN_TO_BE_REPLACED