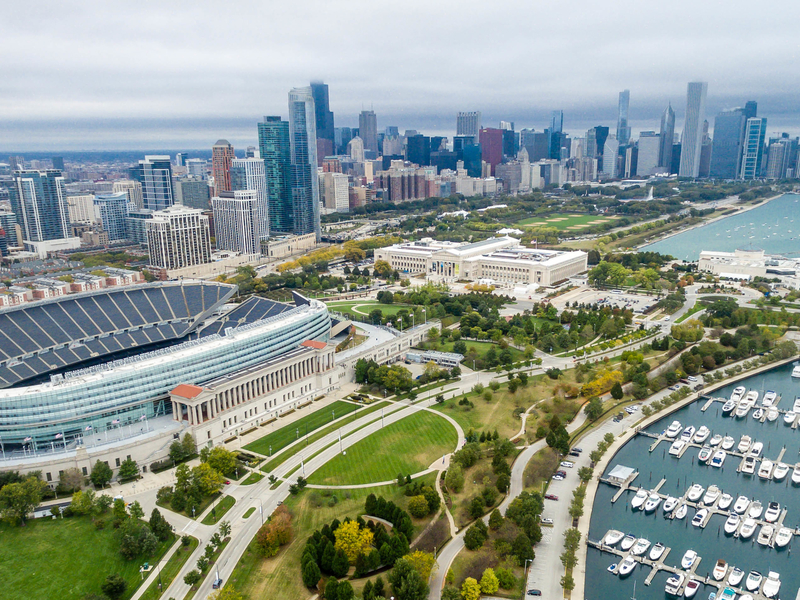 It has been billed as a transit hub that would leverage public and private investment and streamline transportation needs connecting multiple mediums for regional transportation. The proposed development is expected to take a decade and a half to complete and would utilize $6.5 billion in state funding, authorized in an eleventh-hour end-around in the budget implementation bill of 2019.

One Central may very well be the most substantial and consequential transit-oriented development Chicago and the country has seen in decades, but we have no way of knowing that without doing the work on the front end.

From the very early days, Chicago has been a transportation juggernaut, the crossroads of the nation, where rail, road, boat, and air have converged. Connecting the industries of the East, with the promise of the West and people from across the country, whether it be European immigrants coming here after arriving on Ellis Island or African Americans leaving the Jim Crow South.

That history makes it incumbent upon us to undertake transit projects with an understanding of the past, as well as an eye toward the future.

Projects like One Central have to be approached in a very methodical way. There are still questions about a number of things, including financing, traffic, pollution, and equity. A truly independent analysis of the project has to happen.

Gov. J.B. Pritzker has committed to being vigilant and diligent in terms of any state dollars that would be used for this project, which is absolutely the right stance to take. However, until these issues are resolved, we should consider pursuing legislation to take away the loaded gun that could let another governor commit $6.5 billion of taxpayer funds to this project. I filed HB 4075 in the Illinois General Assembly this week to do exactly that.

The purported need for One Central wasn’t made very clear during the initial proposal pre-pandemic, and now as we strategize on how to build back better and re-energize our economy in a world where we’ve seen a seismic shift in how, when, and where we do business, play and live, the proclaimed necessity for this project requires even more tangible logic.

It does us little good to talk about transportation infrastructure and development without looking at the missteps of the past. It is an inconvenient truth that communities of color and low-income communities are more likely to be located near highways and transportation facilities that are notorious for worsening air quality. And therefore those who live in these communities suffer from diminished lung health from diseases such as asthma; the effects of this pattern have been made clear as we’ve maneuvered through this pandemic. There is also insufficient access to green spaces and parks for people in these communities, compounding these issues.

The fact is that most of our transit agencies were created in a segregated world where urban meant Black, suburban meant white, where people of means were fleeing urban areas, and downtowns were being underutilized because the indoor shopping mall and office park were the waves of the future. Our approach is antiquated and it deserves revisiting.

We should be concentrating energy now on sustaining, improving and coordinating our existing transit services, while carefully making investments for new transit capital projects. A good place to start is getting the Chicago Transit Authority to participate in the innovative “Fair Transit” pilot program, where lower fares and improved services on Metra and Pace are improving access and opportunity to residents on the South Side and south suburbs. And the Regional Transportation Authority needs to lead the region in acquiring a truly unified fare system, which would increase transit use, reduce driving, and help correct inequities in our existing fare system that force many low-income people to take slower transit options or drive.

We know that transit is facing historic challenges, but also historic opportunities and there is a deep need for more policy-level discussions that respect and reflect that. Rescue dollars coming from the federal government give us the ability to lean into this moment and create reforms that will create actionable change in terms of funding, governance, partnerships, and operations; all things that we need to ensure the future and viability of mass transit.

There is much we can do immediately around transit-oriented development, but it requires that we are sensitive to the needs of our communities as well as fiscally responsible, transparent, and objective in doing so.

Kam Buckner is a Democratic member of the Illinois House of Representatives from the 26th District and the chair of the House Legislative Black Caucus.

CHICAGO, Ill., June 24, 2021 (SEND2PRESS NEWSWIRE) — Swift Homes, a Chicago-based property purchasing company that buys homes for fair prices to rent out to local families and which is backed by a … END_OF_DOCUMENT_TOKEN_TO_BE_REPLACED